Elon Musk Gets Approval to Build Tunnel Beneath City

Musk plans to dig past the SpaceX property line and beneath the streets, heading west and passing under the Hawthorne Municipal Airport. But residents won’t notice anything out of the ordinary. 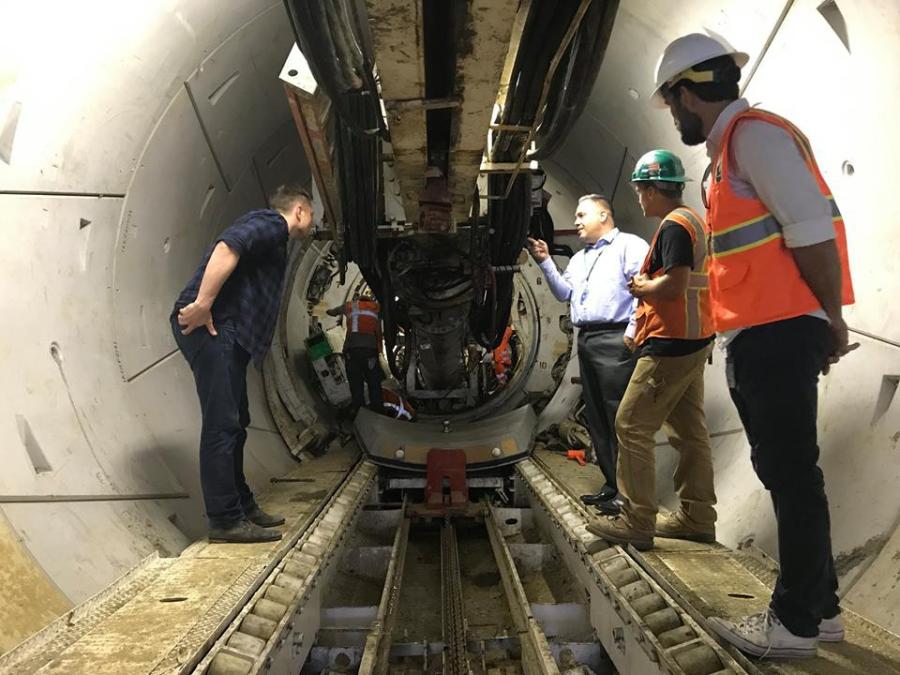 Elon Musk has obtained approval from officials to build a 2-mile underground tunnel to test electric vehicles, the Mercury News reported. Hawthorne, Calif.'s city council approved the tunnel in a 4 to 1 vote Aug. 22.

Musk plans to dig past the SpaceX property line and beneath the streets, heading west and passing under the Hawthorne Municipal Airport. But residents won't notice anything out of the ordinary, SpaceX promised.

“You don't see it, don't hear it, and certainly don't feel it,” said Brett Horton, SpaceX's senior director of facilities and construction, and overseer of Boring Co. projects.

Horton said SpaceX will keep a close eye on the impact the tunneling has on its surroundings and will stop work immediately if it appears that the surface ground has subsided by half an inch above the tunnel, the Mercury News reported.

Tunnel construction could begin any time, but SpaceX has already been busy building a 160-ft.-long tunnel entrance and shaft in the company's old parking lot. The plan is for the tunnel to slowly slant down until it is 44 ft. deep — bypassing any underground utilities. Musk said he would like for the tunnel to eventually stretch to Los Angeles, where it would connect to the Los Angeles Airport.

According to Horton, SpaceX bought a tunnel-boring machine that was used to dig a San Francisco sewer line to perform most of the work. While this project will use established tunneling technology, Musk said he is looking to make improvements on the machine to get ready to dig tunnels across the country for his Hyperloop mass-transit system.

“We hired a structural designer from a large consulting firm to design the tunnel based on LA Metro specs,” said Musk. “We haven't reinvented tunneling. We're using proven technology and proven means and methods.”

Musk's other company, The Boring Co., is currently running tests on a vehicle elevator located in its parking lot, that takes electric cars into the tunnel via a “skate,” which can also take pods of people through the tunnel, the Mercury News reported. Although there aren't any formal plans to test the Hyperloop in the tunnel, Musk hasn't turned the idea down.