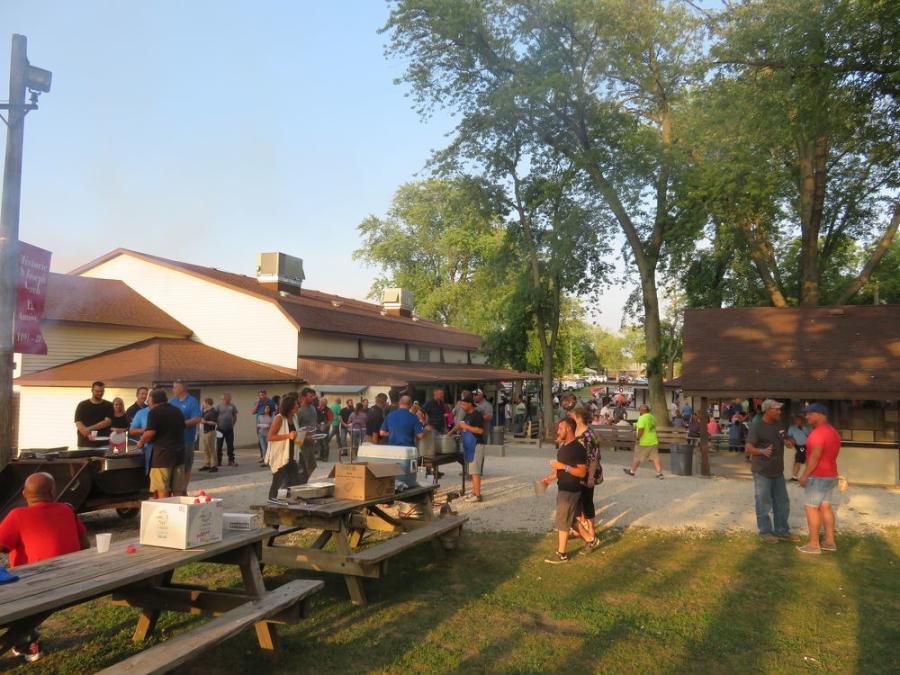 The biggest crowd ever attended The Contractors Association of Will & Grundy Counties (CAWGC) Annual Steak Fry on Aug. 16. This sold out event was attended by 700 guests.

The food, entertainment, networking and weather were all a perfect scenario. The cooks, which are made up of CAWGC members that volunteer each year, work so well together and were able to feed everyone mouthwatering steaks cooked to order in a short amount of time.

Along with networking opportunities, guests enjoyed music that was provided by Cody Calkins. A bean bag tournament also was held and the first-place winners were Patrick Craven, RHL Insulation and Antonio Gonzalez, Sterling Solutions. Each won a trophy, cash and bragging rights. Cash prizes also were awarded to the second-place winners, Ryan Nurczyk and Erika Nacey, both of Jason Mechanical in an unbelievably close match.

The CAWGC is a non-profit trade association with more than 200 members that hold several networking events yearly. These events include: Meet and Greet Expo; Summer Golf Outing; Fall Golf Outing; and its popular Steak Fry. All proceeds are donated to the charity of choice each year. This year's charity is the Joliet Area Community Hospice and a check was presented to them in the amount of $5,000. The CAWGC is proud to announce that in four years they had raised a total of $20,000 for hospice.

This year the Contractors Association of Will & Grundy Counties celebrated its 85th Anniversary with a celebration at Bolingbrook Country Club. More than 350 guests attended the spectacular Gatsby-styled celebration.