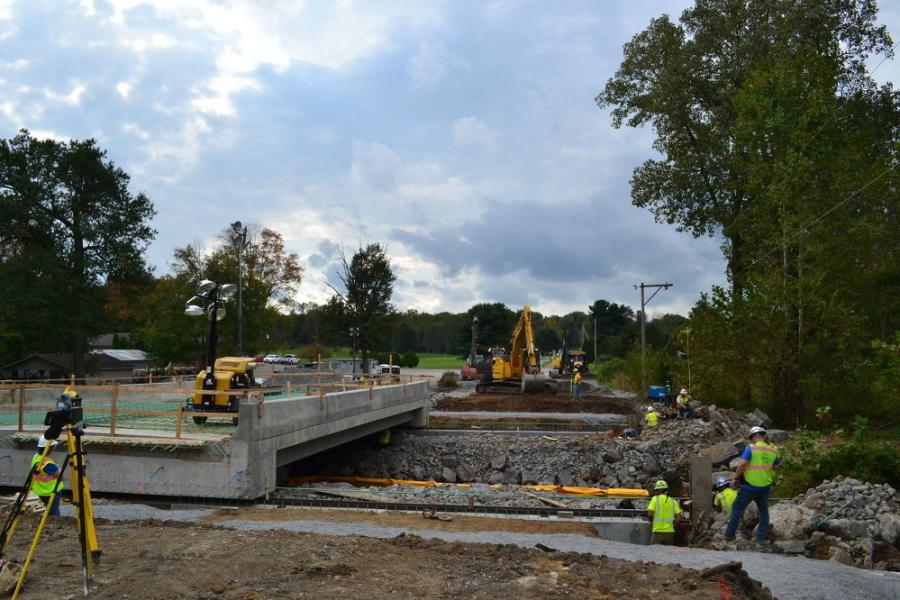 Infrastructure and Industrial Constructors USA, which is branded as i+iconUSA, was awarded two new accelerated bridge contracts in Pennsylvania. These include the Pulaski-New Bedford Bridge in Lawrence County and Port Authority North Braddock Avenue Bridge Replacement in Allegheny County.

i+iconUSA has constructed several bridges in the past using accelerated construction methods. 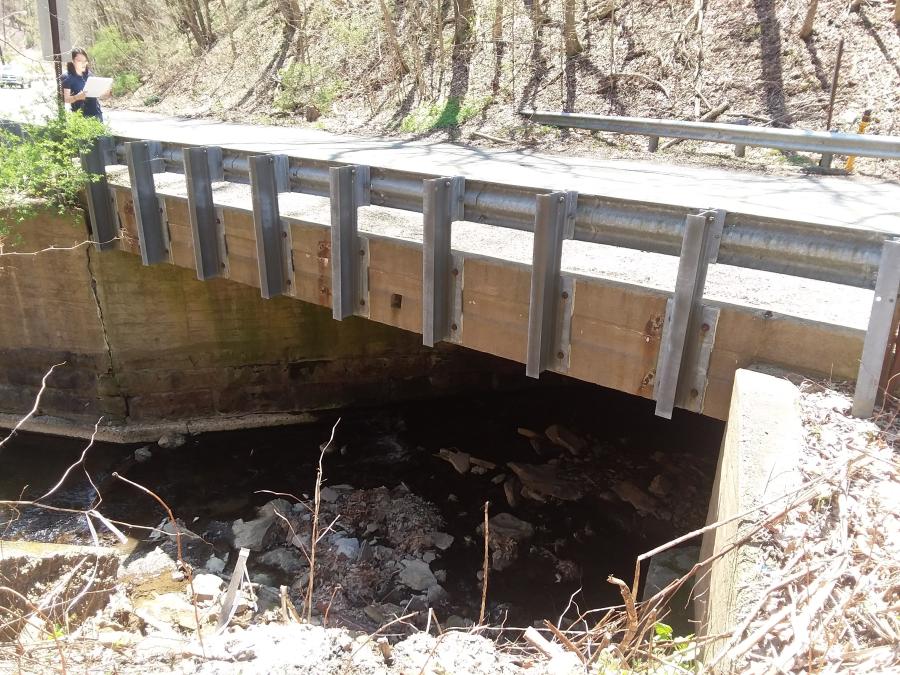 "Preplanning is essential to the success of accelerated bridge construction," said Ryan Surrena of i+iconUSA. "It involves significant coordination with suppliers, subcontractors, crews, local utilities and equipment managers or vendors. All shop drawings, superstructure erection plans, staging area availability, site access and weather are considerations that must be planned."

The planning and preparatory work for the replacement of the Pulaski-New Bedford began in July 2018. The structure spans a branch of Deer Creek, approximately 200 ft. west of the intersection of Route 208 and Valley View Road. This $1.8M project is a full bridge replacement that also includes minor roadway approach work. The new bridge deck will be constructed south of the existing structure.

"Some of the techniques used to make this a quick demolition of the current bridge and rebuild of the new bridge include utilizing temporary footings off alignment and casting the superstructure in place ahead of the five-day shutdown," Surrena said. "Also, the pile required to support the superstructure were driven in place again ahead of the five-day shutdown utilizing temporary traffic signals."

Some of the equipment used to make this happen were 80,000-lb. excavators, hydraulic hammers, a 100-ton crane, a 350-ton crane, pile hammers, integrated tool carriers and 66-in. smooth drum rollers.

Traffic was returned to the bridge six hours early and the overall project is completed.

This accelerated bridge construction project will take 128 days to construct in total and include seven weekend detours of the East Busway/North Braddock Avenue for the demolition of the existing structure and the installation of the precast deck modules.

"This project is different than the first in that it will be performed in pieces over a series of smaller shutdowns instead of during one shutdown," Surrena said. "This is because the Port Authority cannot shutdown the East Busway during the week due to the demand of their bus traffic. Some of the techniques to be used to accelerate this project include precast concrete superstructure modules that will be joined together utilizing 21,000 psi ultra-high-performance cement. In addition to the precast modules, all of the remaining concrete on the project is specified to be accelerated, thus reducing the time to obtain the compressive strength."

The equipment used on this project will include 80,000-lb. excavators, hydraulic hammers, a 550-ton crane, integrated tool carriers and 66-in. smooth drum rollers.

Work will not begin until March 2019 and the project will conclude in July of 2019.

"Accelerated bridge construction has become an acceptable and best practice alternative when it is critical to that shutdown time be kept to a minimum," Surrena said. 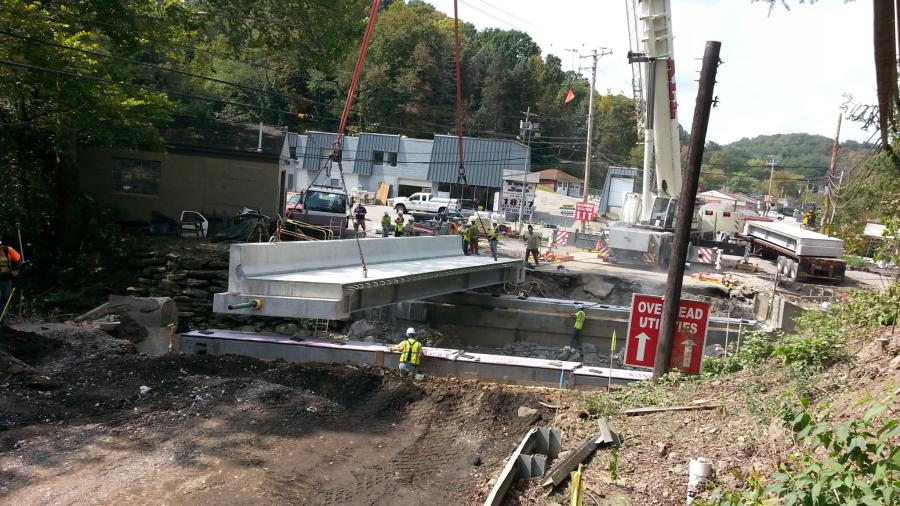 Surrena explained that the sequence of work on this project first involved the removal of the existing bridge superstructure along with select portions of the substructure. Precast abutment caps were then set on the substructure and grout was placed and cured beneath. Once the caps were set and cured, precast concrete deck modules were set and joined together again with ultra-high-performance concrete.

The precast sleeper slabs and approach slabs were then set to allow the roadway reconstruction to tie into the bridge. An epoxy overlay was then placed on the bridge deck and approach slab the following week. The project consisted of setting more than 20 individual precast concrete pieces over an 84-hour weekend shutdown.

Girtys Run, which was located below the structure, was temporarily diverted during construction work to avoid environmental impacts. Traffic was maintained through the utilization of maintenance and protection of traffic services, including temporary barriers, lighting, signage and an off-duty police officer. Other ancillary services, such as erosion control, excavation, surveying and site restoration services were completed in addition to the bridge replacement.

This project was already fast-tracked and was still completed ahead of schedule. 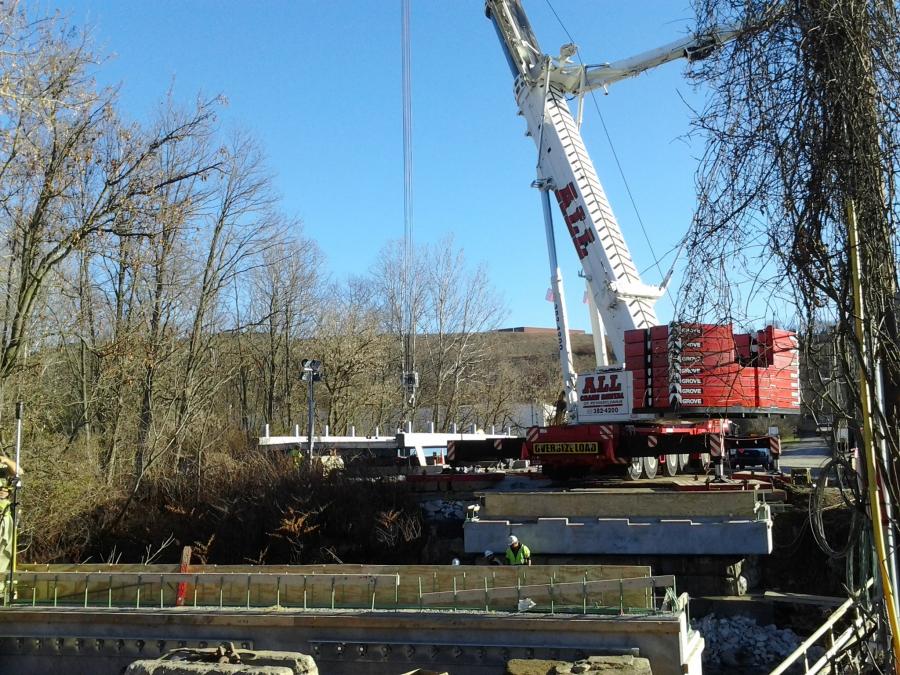 i+iconUSA replaced the deteriorating Wampum Avenue Bridge, which carries Route 288 (Main Street) over Wampum Run. Because the bridge closure meant a 21-mi. detour for truck traffic, the project bridge replacement milestone was only nine days. The project won a national award as the Best Project in the Prefabricated Bridge Elements and Systems category at the 2014 National Accelerated Bridge Construction Conference. It had federal funding.

Tyson Hicks of i+iconUSA noted that the bridge was opened to traffic ahead of schedule in just six days and 22 hours; well ahead of the nine-day deadline. It also accomplished PennDOT District 11's goal for a prefabricated bridge element system with the use of epoxy overlay, and included the first use of this client's ultra-high-performance concrete to develop the deck and approach slab joints without post-tensioning.

According to Hicks, the most economical structure and the structure with the shortest construction time was a 78 ft. rolled steel beam structure on integral abutments.

The beams were rolled and then delivered to the concrete precast facility in order to place the deck segments. The deck and the barrier on the beams were placed using conventional methods and allowed the concrete to cure prior to delivering the modules to the project site.

"A thorough constructability analysis was needed due to the pick weight limits," said Hicks. "This pick weight needed a 550-ton crane. This size crane actually requires another crane for assembly, which created the challenge of ensuring the appropriate right-of-way and room available to place all of the equipment. This was resolved by acquiring a right to enter agreement." 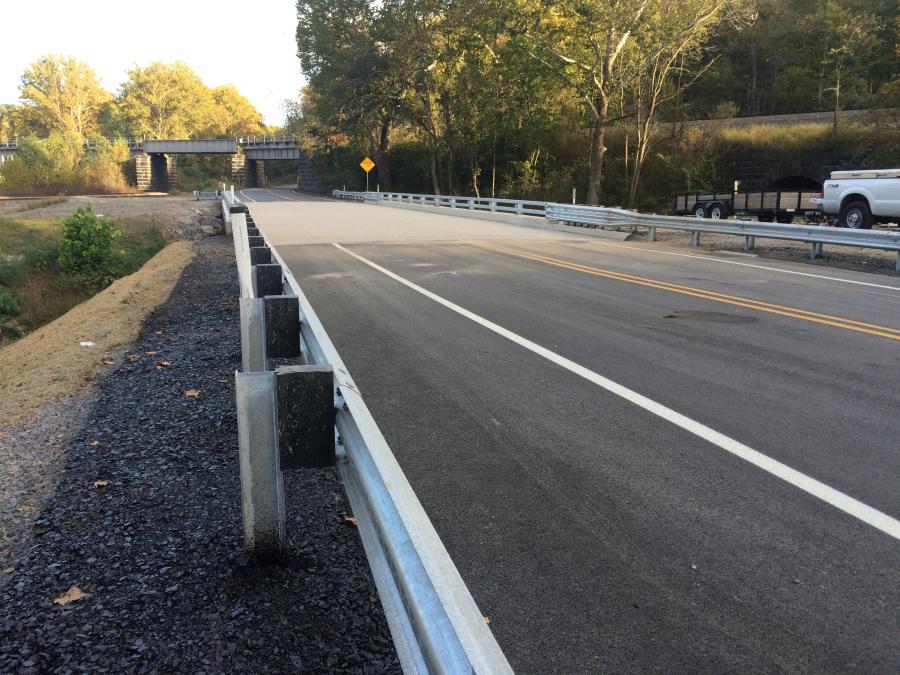 The substructures consisted of a precast pile cap, precast backwall, precast cheekwalls, and precast wingwalls. Because the abutments were to be integral abutments, they had to be supported by piles. Corrugated metal pipes were cast directly into the pile cap so that the pile cap delivered to the site could be easily placed over the piles. The corrugated pipes allowed for some tolerance in the driving of the piles.

"Thorough troubleshooting during the pre-planning stages of this project along with constant communication with the fabricators and the owner positioned this project for success," Hicks said.

i+iconUSA completed the accelerated demolition and replacement of the Montour Run No. 6 Bridge, the sole means of access to an industrial park that contained five local businesses, over a holiday weekend. This project was completed in only four days, well ahead of schedule.

Hicks explained that the concrete-filled steel grid deck that was used was selected for its known durability and is expected to last at least 75 years. The construction team utilized lightweight concrete and grid deck, which allowed the superstructure to be assembled monolithically at an adjacent location then set into place. 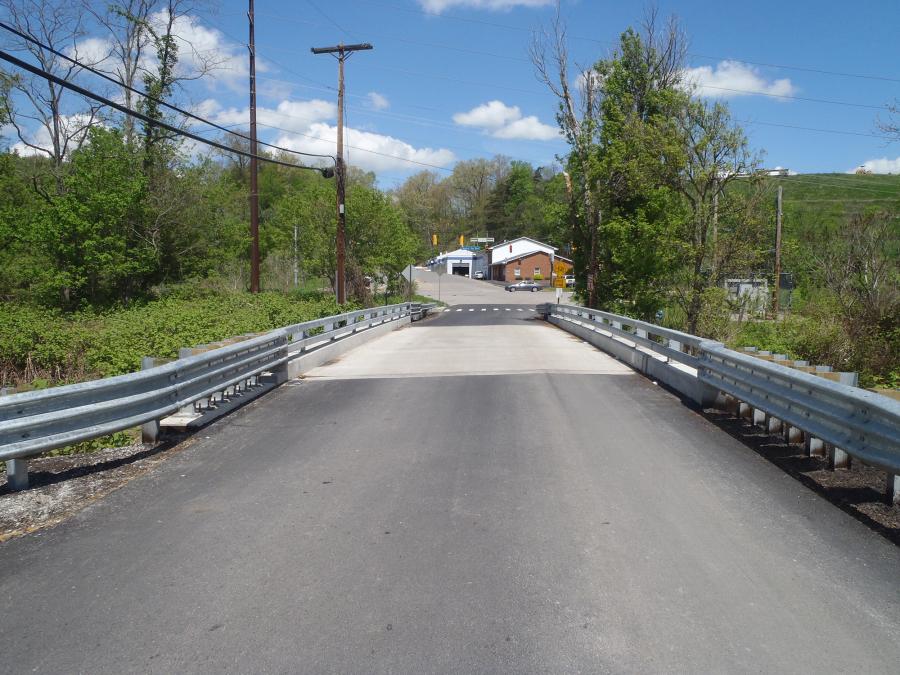 The supercrane was delivered the day prior to closure. Once the bridge was closed to traffic, the superstructure demolition began immediately, followed within hours by the substructure demolition. The next day, the new bridge construction began with the precast abutment caps being placed, followed by the superstructure the following day. Other tasks included the placement of concrete backwalls, backfilling the abutments, setting the backwall concrete, placing the moment slabs, and grading the approaches to the bridge.

"Some proven techniques used in accelerated bridge construction include building bridge superstructure segments alongside where it will be placed, having concrete segments pre-fabricated and delivered on site at the time of assembly, and using different concrete and sealing materials, coupled with precise and very detailed planning in advance," Hicks said.

He noted that this limits the time that the bridge is not in use and allows communities to maintain traffic flow.

"To ensure success, accelerated bridge construction projects require more pre-planning and supervision, precise ordering and delivery of materials, multiple shifts of workers, equipment set up on both sides of the structure [since there is no time to mob/de-mob] and tight coordination with subcontractors and suppliers," he said.

i+iconUSA is a family of diversified heavy-civil and industrial construction companies recognized for safe and innovative infrastructure solutions.

The origins of i+iconUSA date back to 1947 with the founding of Joseph B. Fay Company (Fay) operating primarily in the Mid-Atlantic States. Since that time, by pursuing its strategy of creating value for employees, clients, and other stakeholders, i+iconUSA has grown and expanded through acquisition and organic means.

i+iconSOUTHEAST, which began operations in 1982, focuses on the geographical region from southern Virginia through Florida.

i+iconUSA lists its vision as being creators of safe and innovative infrastructure solutions. In addition, its mission is as follows: to always be the preferred solutions creator that builds value by: living to be safe and accident free; developing its team to achieve its highest potential; taking pride in the quality they create; delivering integrity, respect, and fairness to clients and stakeholders; and being involved to enrich its communities.