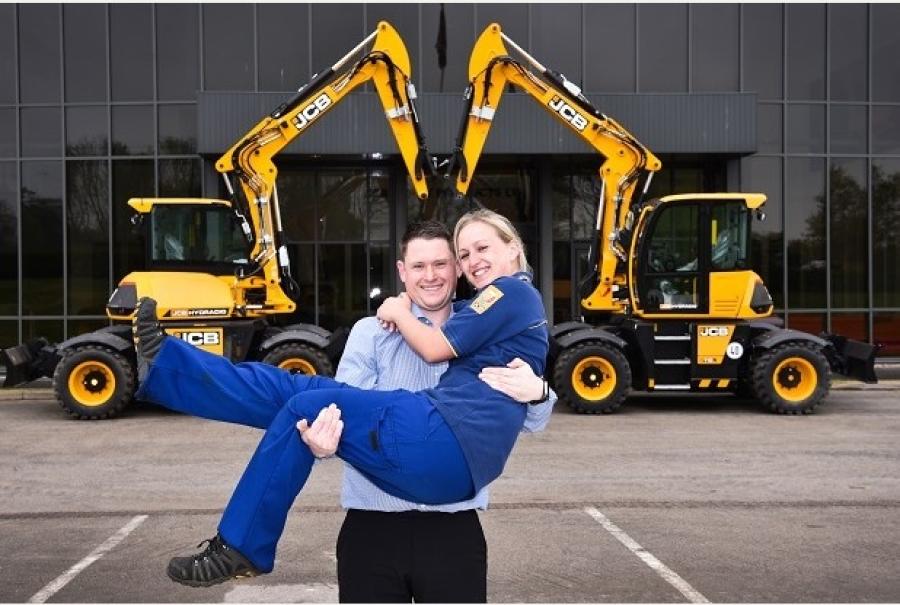 Wayne Griffin and Ruth Laurie at the JCB Heavy Products site in Uttoxeter. The couple are getting married after meeting on a production line. Image via Burton Mail.

A couple who fell in love on a JCB production line are tying the knot six years after they met building engines together. Love blossomed when Wayne Griffin met his soon-to-be wife Ruth Laurie at the JCB Power Systems factory, in Foston, in 2011.

Wayne, 32, proposed to Ruth, 29, at the pub where they had their first date – and wedding plans were hatched. They will tie the knot on Saturday, May 27, in front of the famous Blacksmith's Anvil at Gretna Green, watched by close family and friends.

And Wayne's best man will be John Rogers – a close friend and colleague who works alongside him at the famous digger firm. Assembly operative Ruth, of Mackworth, Derby, now works on the Hydradig sub-assembly line at the JCB Heavy Products factory, in Uttoxeter.