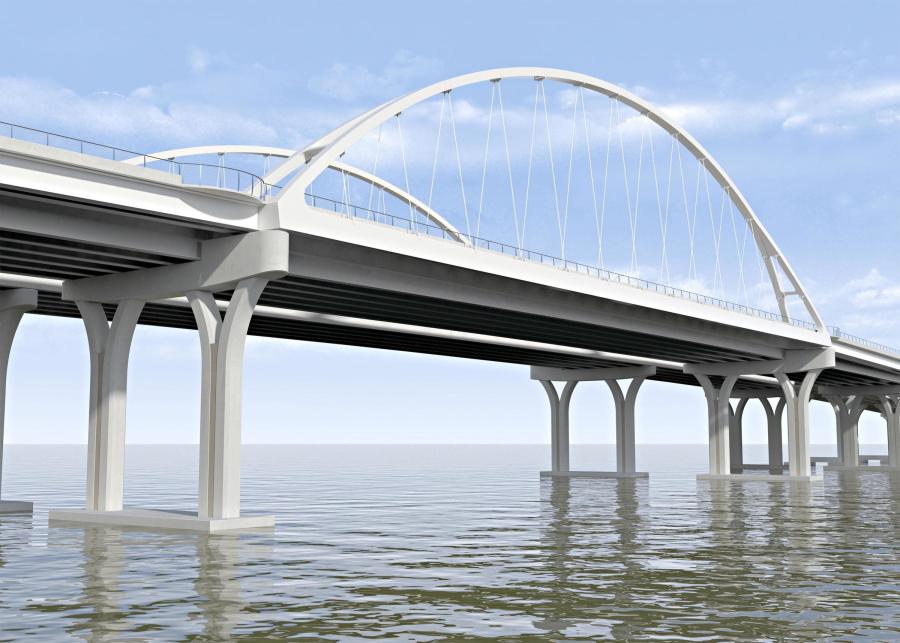 A rendering of the new bridge.

PENSACOLA — Cracks have been found in a portion of concrete being used for a mammoth bridge project in Florida.

Cracks have twice halted construction of the $400-million bridge in the last several months, raising concerns about oversight and disclosure from the state.

The state is replacing a nearly 60-year-old bridge that crosses Pensacola Bay in northwest Florida. The bridge connects Pensacola to Gulf Breeze.

A Florida Department of Transportation spokesman said that the cracks were found on part of a bridge deck that cracked during hardening.

Federal investigators are currently investigating the March collapse of a pedestrian bridge in south Florida where six people were killed. Cracks were discovered days before the collapse.

When complete, the $398.5 million Pensacola Bay bridge project will improve traffic flow for the estimated 55,000 U.S. 98 drivers who travel the bridge each day.