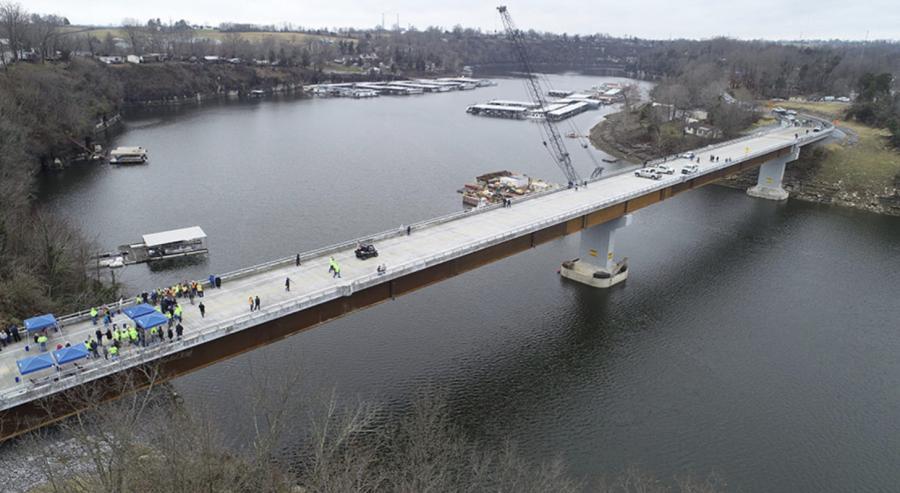 Batting severe flooding and a lake that seemed to rise and fall at will, a contractor accelerated the replacement of a 94-year-old Kentucky bridge and finished the job 11 months ahead of the original schedule. 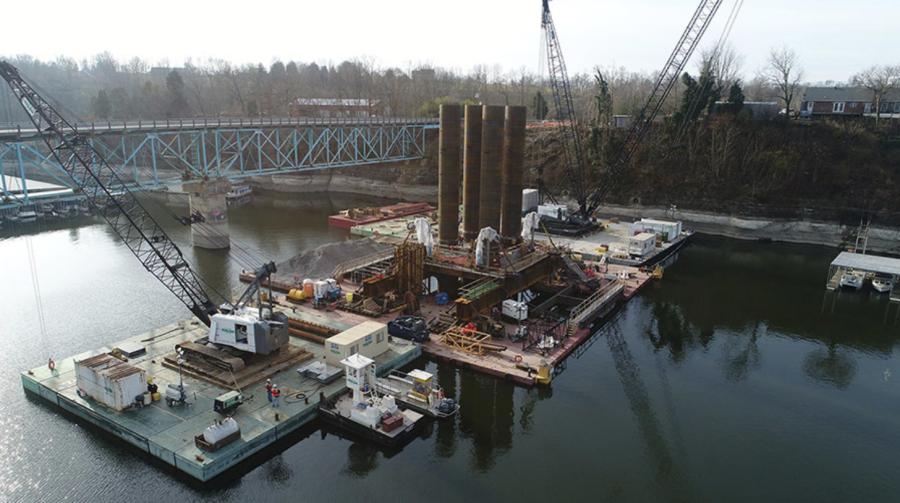 "Our workforce came from all over Kentucky and Indiana. Many people traveled from our previous projects in Louisville, and some came from the local union halls," said Kevin Buch, project manager at Walsh Construction, the general contractor. "They've put in long hours and weekends to finish this bridge early. They went above and beyond, and the success and the acceleration of the project would not be possible without all of their efforts."

The 826-ft. bridge required innovative engineering and construction methods due to the 200-ft. depth and treacherous conditions of the lake.

To compensate for depth of the water, Walsh built bridge piers from the bottom of the spread footing to the top cap. The piers were constructed above water on barges and incrementally lowered with strand jacks, eliminating the dangerous work of deep underwater construction.

The lake levels also were sporadic. Workers contended with torrential rains during the summer as the lake rose to some of the highest levels in its history and shut down foundation operations for three months.

During that time, crews shifted their focus to the excavation and installation of a gravity wall, drilling and concrete placement of drilled shafts located on one side, preassembled deck panels, edge forms, and overhang jacks and completed the removal of the existing bridge.

Following the flooding, Walsh and the Kentucky Transportation Cabinet came to an agreement to accelerate construction and deliver the new $31.5 million bridge by the end of 2018. 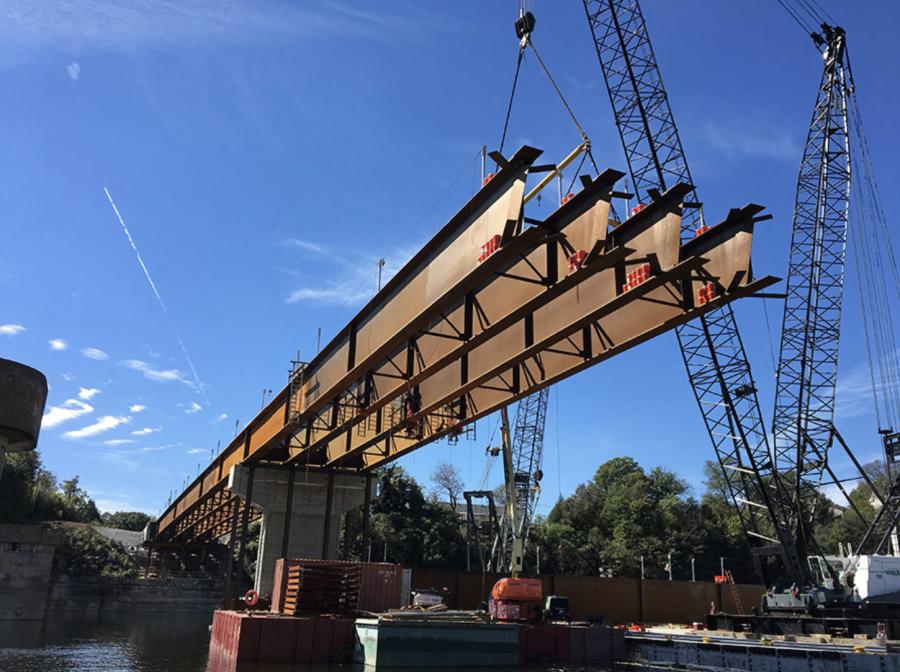 Steel girders weighing up to 178,000 lbs. were installed in September across five segments, and deck pours began in mid-November. Walsh Construction announced the bridge would open to traffic on Dec. 21.

Final pavement and other finishing operations will be completed in the spring.

Officials said the opening of the Kennedy Mill Bridge restores the vibrancy of the communities surrounding Herrington Lake, a recreational spot popular with boaters and home to numerous marinas and businesses.

Construction crews were in constant communication with community members and regularly attended community meetings and events.

The Kennedy Mill Bridge is the third most recent bridge completed by Walsh Construction in Kentucky. Walsh completed the new Abraham Lincoln Bridge in Louisville in 2015, and the company was the lead contractor in the public-private partnership that delivered the Lewis and Clark Bridge northeast of downtown Louisville.