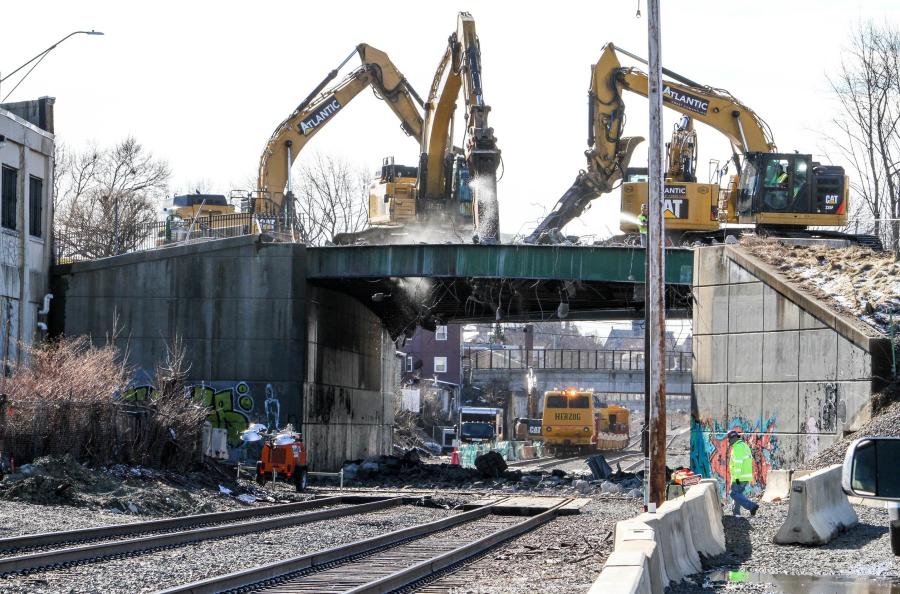 "It's quite exciting to see it advancing into the peak periods of construction activity," said Terrence McCarthy, GLX deputy program manager of stakeholder engagement. "We feel honored to be involved with a project that will bring such a tremendous benefit to our local communities." 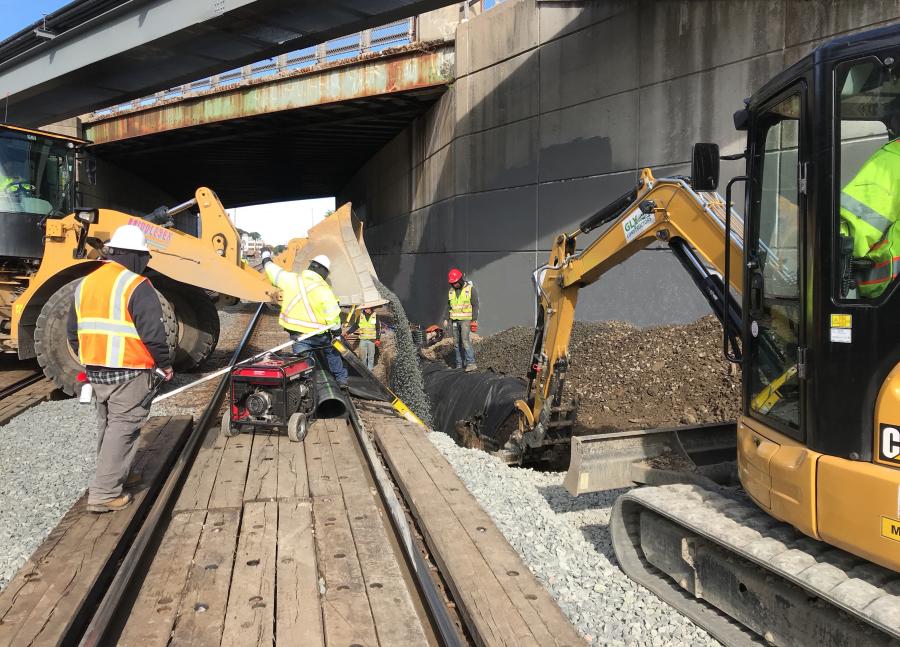 Designed to provide fast and efficient service to downtown Boston, a $2.3 billion project that will allow trains to operate every five to six minutes in peak periods continues making progress. (MassDOT photo)

According to the Mass.gov website, the GLX project is expected to support increased ridership of more than 50,000 passenger trips per day, once completed. It will benefit the community in numerous ways, including a one-seat ride from the project corridor to downtown Boston. This will eliminate the need for bus and rail transfers at Lechmere Station and at Orange and Red Line stations. New stations will meet or exceed Americans with Disabilities Act standards, and mitigation measures will reduce existing noise and vibration impacts from area railroads. 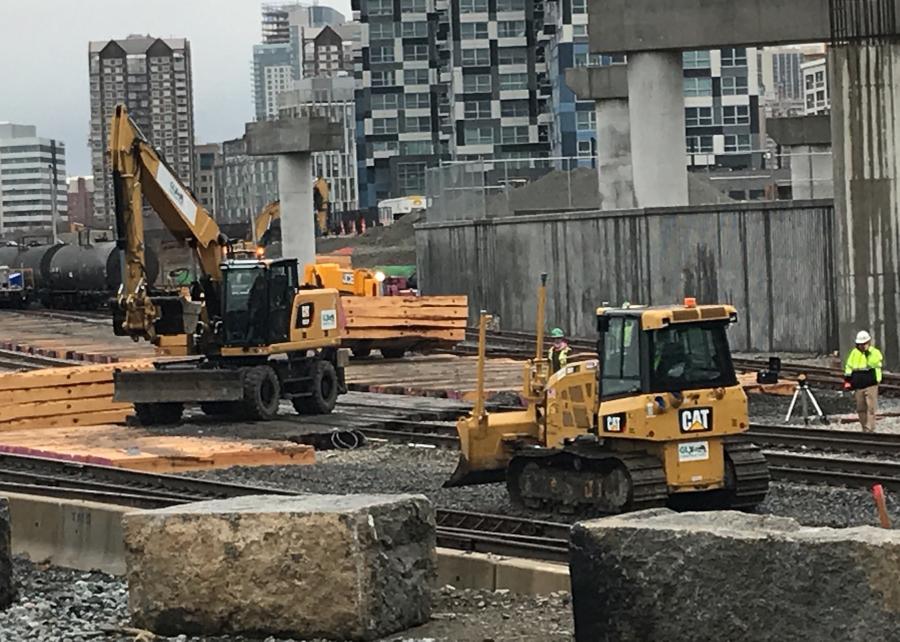 Three major bridges in Somerville will be shut down during a 16-month period to facilitate project construction. The Broadway Bridge was closed in mid-March 2019, along with the Washington Street underpass in early April. The Medford Street Bridge will close in early summer.

"Commuters, MBTA buses, pedestrians and bicyclists are all being accommodated," said McCarthy. "As expected, there has been a spike in rush-hour congestion, though major traffic impacts are under control."

McCarthy noted that the required bridge closures needed to construct the GLX project have a significant impact on daily life.

"Local residents of Somerville and Medford have had to adjust their daily routine, like dropping children at school, and simple tasks like grocery shopping, now take a few minutes longer. Most local residents are excited and supportive of the project. Despite inconveniences, most are adjusting well to the bridge closure.

Regionally, the bridge closures primarily affect commuter traffic entering and leaving the city of Boston. The cities of Somerville and Medford are often used as cut-through routes for regional commuters. 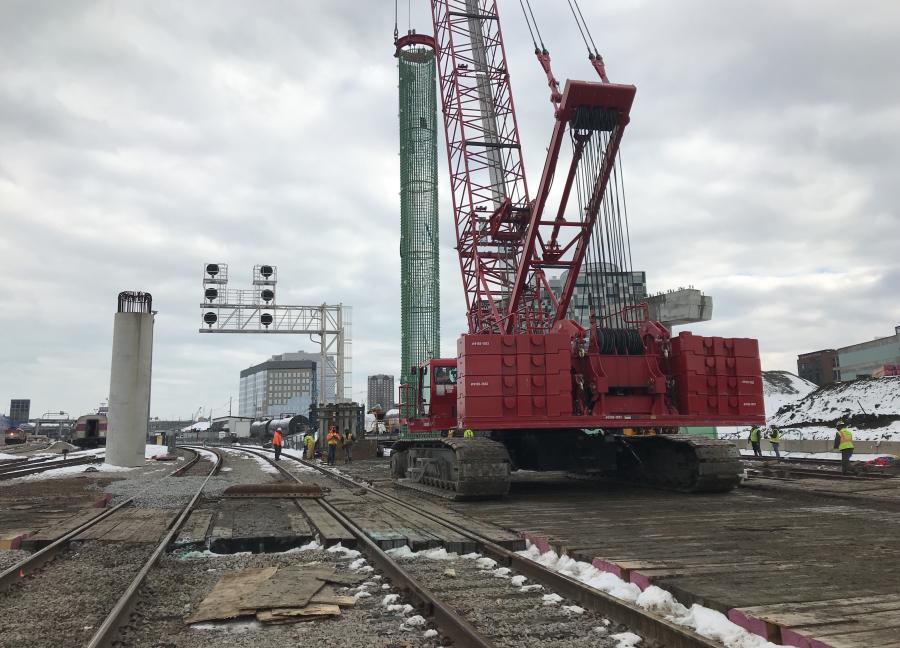 Utility and storm drainage work throughout the 4.3-mi. corridor is currently taking place, along with caisson pile foundations for the Lechmere Viaduct in Cambridge and construction of a new and wider Broadway Bridge in Ball Square, Somerville. (MassDOT photo)

"As an outreach measure, we developed a public awareness program called ‘Reboot Your Commute'," said McCarthy. "Six months before the first bridge closed, we reached out to 96 cities and towns, 24 universities and colleges and 100 of the largest employers in Massachusetts. We made direct contact with approximately 100,000 individuals and provided outreach to a population of 3.6 million. The effort has been effective, and a significant amount of traffic has been diverted away from the cities of Somerville and Medford, as a result."

In a news release provided by MassDOT, Pollack said, "Nearly two years ago, the Baker-Polito Administration hit the pause button to address GLX cost overruns, found ways to reduce the original design cost by one billion dollars and led the effort to redesign the project. GLX project teams continue to meet with and facilitate input from stakeholders, including officials with the Federal Transit Administration, and other structural steps have been taken to bring us here to the site of what will be one of seven brand new stations."

McCarthy added that the project has involved tremendous coordination from day one. 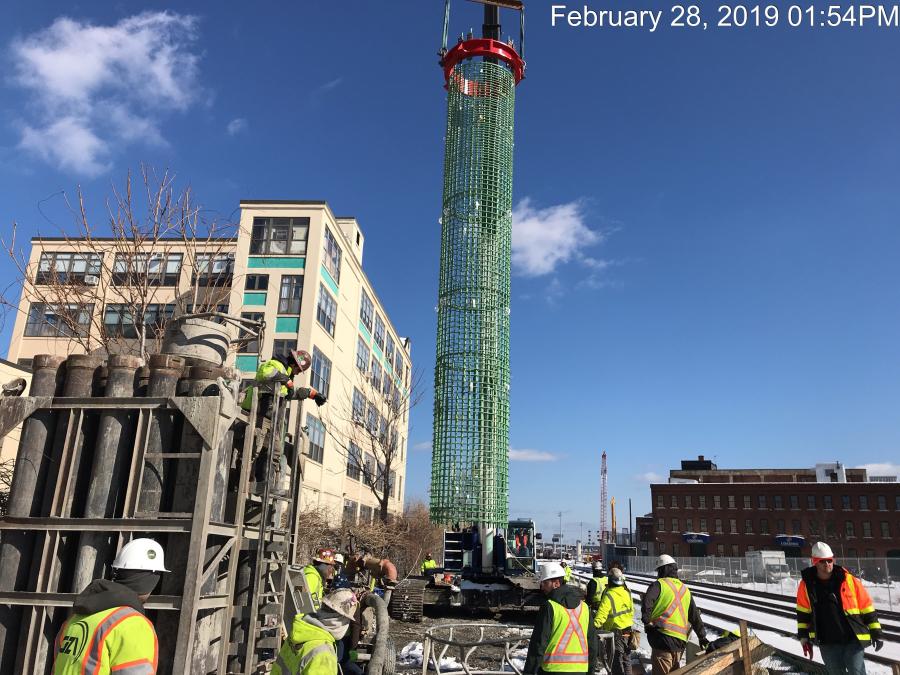 Work is on schedule to open for revenue service by December 2021. (MassDOT photo)

"Every large-scale infrastructure project carries its own unique set of challenges. We are driven to ensure the on-time completion of the GLX project, within budget, while meeting or exceeding the highest quality standards for design and construction. This requires rigorous planning and relentless execution every day. There is a level of intensity among the highly skilled management and oversight team that never ceases."

Much of the proposed Green Line right-of-way is within an active commuter rail corridor, which must be widened to accommodate the addition of the Green Line tracks.

"Working within and adjacent to active rail service adds significant complexity to the planning and execution of the GLX work," said McCarthy. "As part of the corridor widening, the commuter rail tracks must be shifted over, often in multiple phases. Beyond the technical aspects of the project, we have developed a robust public outreach program, built strong partnerships with our external stakeholders, and established a work plan that we feel best mitigates construction impacts.

"One of the biggest challenges is certainly the rail tracks shifts and corridor widening. We have to perform our work with minimal impact to active commuter rail and freight services operating very often within feet of moving trains. The additional timing implications and logistical challenges are not typical and can be daunting at times."

Utility and storm drainage work throughout the 4.3-mi. corridor is currently taking place, along with caisson pile foundations for the Lechmere Viaduct in Cambridge and construction of a new and wider Broadway Bridge in Ball Square, Somerville. Phase-1 of the reconstruction of the Washington St. Rail Road Bridge and underpass near McGrath Highway in Somerville also is under way, as well as construction of retaining walls throughout the alignment. 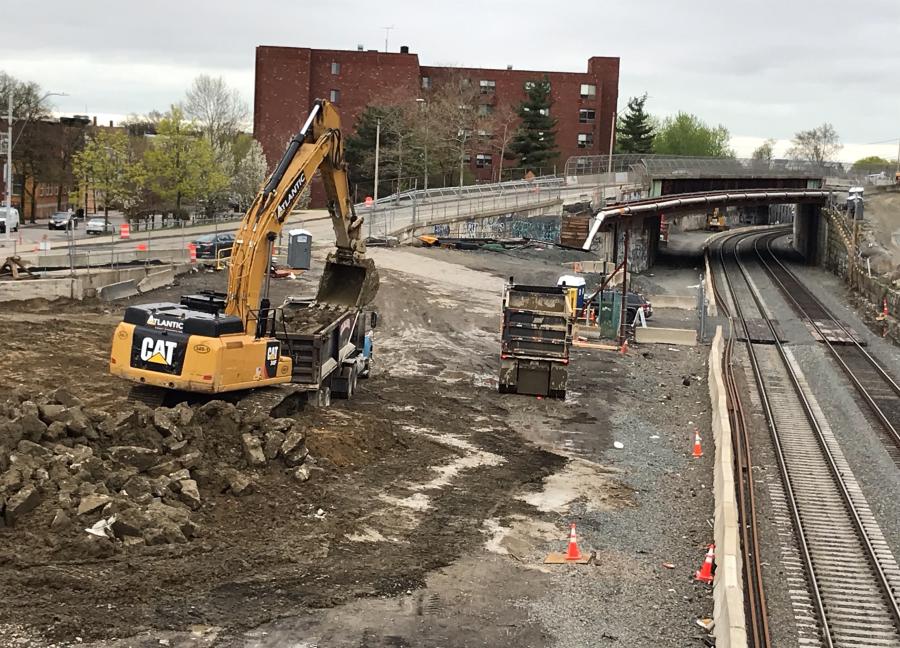 Phase-1 of the reconstruction of the Washington St. Rail Road Bridge and underpass near McGrath Highway in Somerville also is under way, as well as construction of retaining walls throughout the alignment. (MassDOT photo)

Crews have recently completed demolition of several buildings on the site of the proposed vehicle maintenance facility. The tear down of the Homans Building in Somerville is under way.

At present, approximately 250 field trade workers are actively deployed on the project.

"By mid-summer, we should have a work force of 400 to 500 workers, mostly in the field. The shifts constantly fluctuate to adapt to the ebb and flow requirements of construction work. Seven-days-a-week and 24-hours-a-day, some level of workforce is engaged on the project."

Caisson pile foundations, certain utility work and nighttime concrete pours are common non-stop activities on the project. McCarthy said a plan to keep workers safe at all times is based on a fundamental principle called ‘"stop work responsibility". 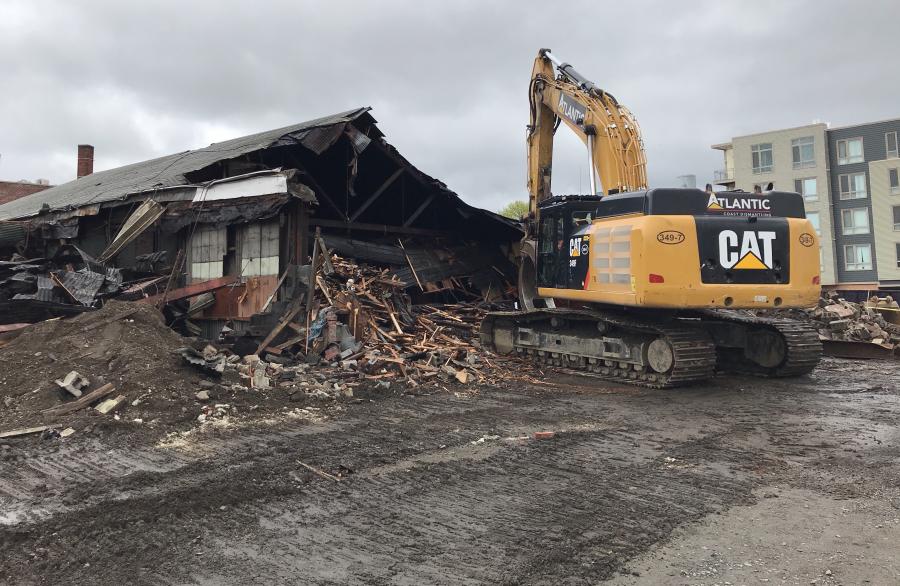 The tear down of the Homans Building in Somerville is under way. (MassDOT photo)

"Every employee not only has the right to stop an operation if they see an unsafe working condition, but it's their responsibility to do so. All GLX workers are trained, tested and empowered to maintain the safest work site environment possible."

According to McCarthy, the elements have not been a factor, which crews appreciate.

During construction, approximately 400,000 cu. yds. of material will be resituated with cut and fill elements. Concrete and steel are the predominant materials required on the job. The main piece of equipment used on the project is the Herzog multi-purpose machine (MPM).

"The MPM is a specially-designed 600-foot long hi-rail train unit that has rail mounted excavation equipment in conjunction with trailer-style material cars," said McCarthy. "It's like having a dump truck that's 600 feet long with a moveable excavator on top — all rolling as a single unit on top of the rails. The MPM is vital to getting the work done quickly, before the commuter rail and freight lines have to go back into service."

McCarthy said being a part of the ongoing effort has been extremely satisfying.

"Having worked on Boston's ‘Big Dig' and seeing all of the positive results come to fruition, it's especially rewarding to help deliver yet another vital and long-awaited public infrastructure improvement. The GLX project will dramatically improve the quality of life for so many residents, while strengthening the local economy. I'm humbled to be a part of it."  CEG