Crews Near Completion of 'Best in Colorado' Project 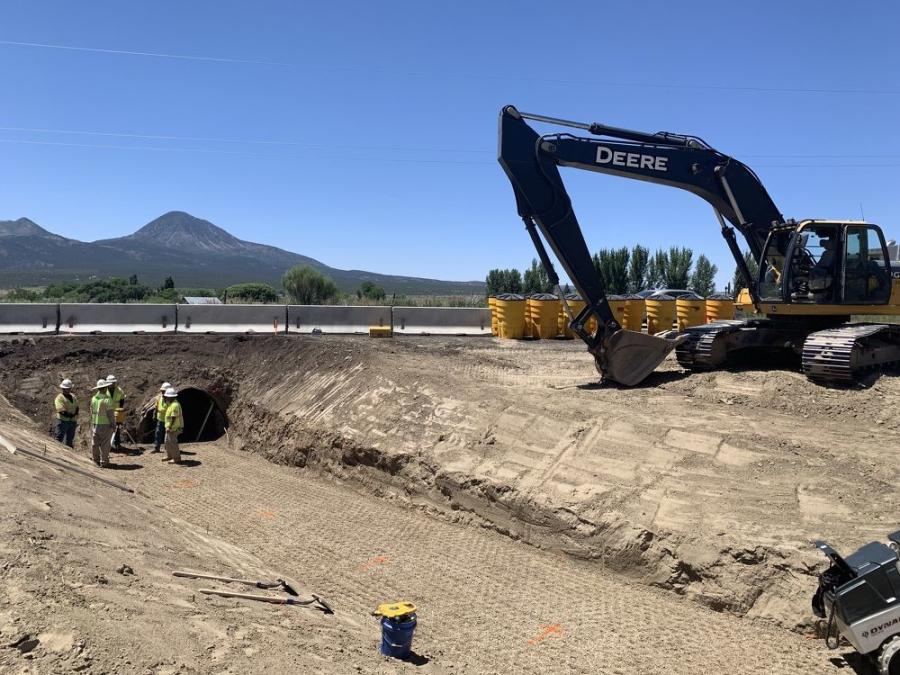 Construction crews in Montezuma County, Colo., are putting the finishing touches on an $11.2 million project that improves safety through the construction of alternating passing lanes and vehicle turn-outs between mile points 27.75 and 29.75. The U.S. 160 Passing Lanes undertaking, south of Cortez, also will enhance mobility for motorists traveling the two-lane highway.

Oldcastle SW Group of Cortez was selected as the contractor for the project, which focused on safety improvements, enhancing sight distance and eliminating access conflicts.

The project is the recipient of the 2019 "Best in Colorado" Asphalt Pavement Awards. Nominees were evaluated on overall appearance, segregation, longitudinal joints, transverse joints, ride quality, project size and complexity.

The site was a two-lane highway, with no passing lanes and no turning lanes or acceleration/deceleration lanes for access on/off side roads. The amount of excavation was equivalent to the amount needed for the widening. There was some import of a base course needed to build up the new lanes.

Crews utilized various pieces of heavy equipment to get the job done, which included three Cat R140G scrapers; one Cat D6K dozer and one Cat 623G scraper. They were able to achieve maximum uniform compaction with two Hamm H20 iP padfoot rollers and one Cat 815 padfoot roller. A Cat 320 excavator and one John Deere 756B excavator were also used on the project.

To finish the smoothing process, one Vogele 2000-3i paver was used; one Ham H14i VV finish roller; two Hamm 140i VV HF breakdown rollers; one Hamm HD 12i HF intermediate roller and one Hamm HP 280i 9 wheel rubber tire roller were all on the job site.

"The most time-consuming part of this project was a combination of putting in drainage improvements and the earthwork needed to widen each side of the road, while maintaining traffic flow through the project site," said CDOT Program Engineer Kevin Curry.

Some of the main materials required included drainage materials such as RCP and CBC. Roadway materials included aggregate base course and stone matrix asphalt (SMA) mat. 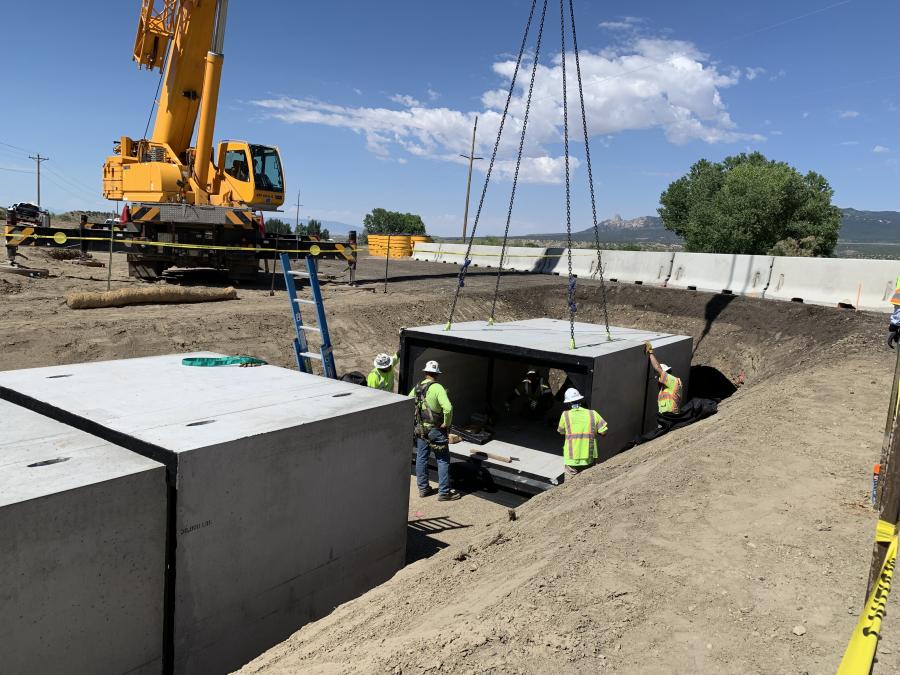 CDOT Regional Materials Engineer Tim Webb noted, "From start to finish, the project called for an extensive arsenal of machinery, and a variety of equipment, particularly at the height of work activity when much of the earth-moving was occurring."

"The Colorado Department of Transportation [CDOT] conducted a Passing Lane & Pull Out Prioritization Study in 2015, identifying this stretch of highway as a strong candidate for improvements," said Curry. "The project ranked number four for all recommended projects regionwide. Factors used in the study included crash data, along with the percentage of no passing zones in proximity to other passing lanes, Annual Average Daily Traffic (AADT) counts, commercial truck volumes, terrain and constructability."

The work has included the realignment of County Road (CR) A and CR B, permanent closure of CR 21 and the installation of a water line. Crews also had to provide greater structural integrity to an existing wooden structure, install guardrail and guardrail end-sections, perform fencing and seeding and add striping.

"It's very rewarding to see the improvements and enhancements made to this important highway system in southwest Colorado. The U.S. 160/491 highway is a critical transportation corridor for the region. Located near the ‘Four Corners', where the states of Colorado, New Mexico, Arizona and Utah all come together, the corridor allows for economic growth and development, providing important access for freight transportation to regional communities.

"This stretch of highway is also vital for the region's tourism industry, with visitors destined to six popular national monuments and parks, recreation in mountains, deserts and lakes and tribal lands. These areas serve many different local and tourist user groups, including campers, fishermen, hunters, hikers, skiers, motor bikers and bicyclists."

Curry described the enhancements as crucial.

"The improvements will make this highway safer. CDOT has adopted a goal of reducing the rate and severity of crashes by 2 percent in the next year. We look forward to documenting the outcomes and are confident this project's highway improvements will reduce traffic deaths and help us achieve our goal."

According to Curry, every effort was made to keep traffic impacts to a minimum for drivers.

"Since much of the project entailed widening the roadway, it was possible to provide lanes for traffic movement. When traffic stops were necessary, motorists were delayed no more than 15 minutes.

"We are confident drivers, both locals and tourists, will appreciate the improvements made. The resurfacing will enhance the driving experience with a smoother surface. Also, when passing lanes are added to a roadway, most people think it affects safety only in the immediate project limits, but passing lanes affect the overall highway for several miles beyond the project boundaries, by changing driving behavior, improving overall safety for this entire corridor."

The project is within the boundaries of the Ute Mountain Ute Tribal lands.

"The tribe's headquarters and vibrant casino business are located along U.S. 160/491, just south of the project. We are honored that the Ute Mountain Ute Tribe has been a valuable supporter of this project. So much so that they sponsored the TIGER grant application to the U.S. Department of Transportation, which was successfully awarded for $2 million.

"The key elements to the success of this project were partnerships and leverage," said Curry. "It's increasingly important to maintain transportation partnerships as funds are becoming more scarce, and projects must truly justify their need. This project is a primary example of how the transportation agencies [CDOT and FHWA] and the tribe maximized their efforts for this much-needed upgrade to the road system, combining and leveraging state and federal funding."

Work has included the construction of alternating passing lanes, approximately one mile in each direction, as well as the realignment of two county roads to create T junctions with U.S. 160/491, improving safety by increasing sight distance for those entering the highway from these county roads. Construction of acceleration and deceleration lanes on U.S. 160/491 in both directions at these two intersections also was carried out, along with the installation of a waterline and slip-lining an existing wooden drainage structure under the highway and the installation of new guardrail and sections.

"Perhaps the most significant milestone was when the widening and construction of the additional lanes was completed and the resurfacing/paving phase was started," said Curry. CEG