The final section of the old Tappan Zee Bridge's steel superstructure has been removed.

The 600-ft.-long, 11-million-lb. west anchor span — the old bridge's last span above the Hudson River — was lowered onto barges using strand jacks in mid May.

The removal of the last piece of superstructure of the old bridge is another historic milestone in the project to build the 3.1-mi. Gov. Mario M. Cuomo Bridge. 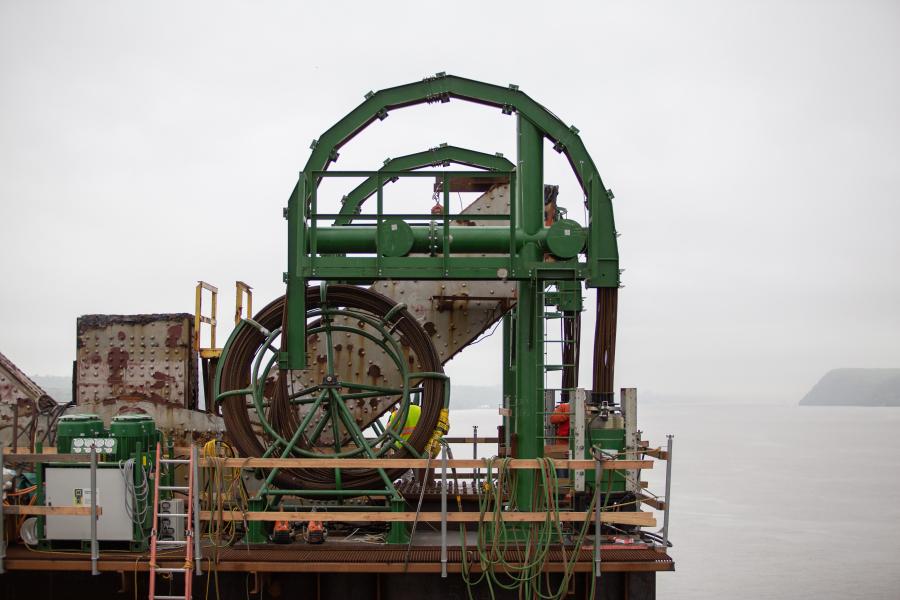 "The new Governor Mario M. Cuomo Bridge is another unprecedented investment in New York's transportation infrastructure that will continue to advance the economy in the Hudson Valley and beyond," Gov. Cuomo said. "Though it served the Hudson Valley for decades, the old Tappan Zee Bridge ultimately came to symbolize government gridlock and a lack of vision. Today, we are investing in world-class infrastructure across New York State and the Mario M. Cuomo Bridge is yet another example of New York's nation-leading efforts to build boldly for the future."

When it opened in December 1955, the Tappan Zee became the longest bridge in New York State and was considered a significant engineering accomplishment. Designed by engineer Emil H. Praeger, the Tappan Zee was the first permanent bridge in the United States to be supported, in part, by buoyant caissons. This caisson design made it possible to construct the bridge at one of the widest points of the Hudson River by reducing the load on the steel piles supporting the main span. As the final link in the 570-mi. New York State Thruway system, the Tappan Zee Bridge stimulated significant economic growth in both Westchester and Rockland counties. Additionally, Rockland experienced a population boom. 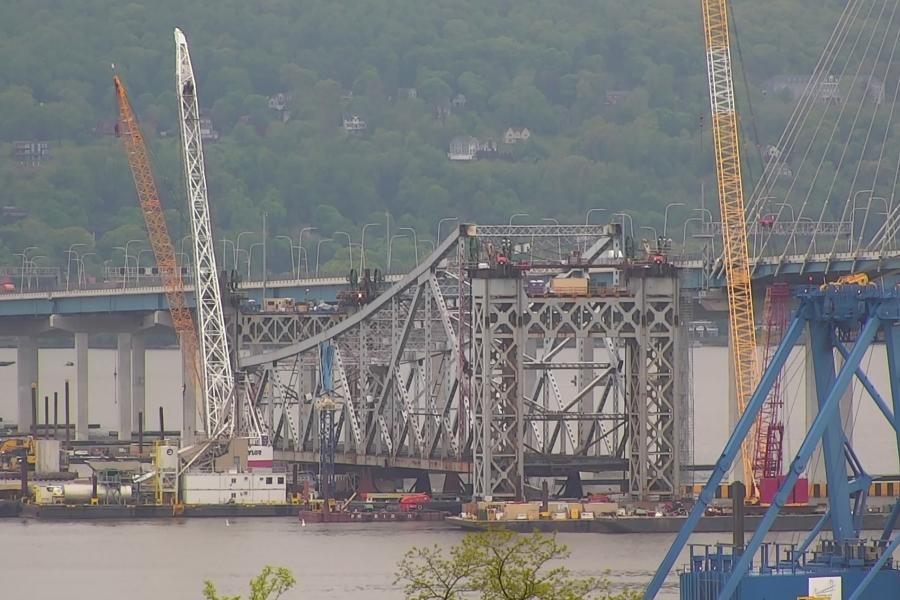 "The lowering of the last piece of superstructure of the old Tappan Zee Bridge is a historic and timely symbol as we transition from the past to the future," Barbas said. "Thanks to Governor Cuomo's vision, the new Governor Mario M. Cuomo Bridge is among the most technologically-advanced crossings in the nation, provides dedicated space for buses, bicycles and pedestrians and is built strong enough to accommodate commuter rail between its spans."

Since 2018, five sections of the 2,415-ft. main span of the old Tappan Zee Bridge have been removed via distinct operations:

The west anchor span is now moored south of the bridge where it will be disassembled.

In addition, Tappan Zee Constructors (TZC) is working with marine salvage experts to remove the old Tappan Zee Bridge's east anchor span from the Hudson River. The steel is being recovered with the assistance of chains, previously laid on the riverbed, connected to lift barges. Once raised to the waterline, the lift barges will transfer the steel to a submersible barge to transport the structure from the project site.