Crews Will Break Ground On Largest Bridge of Its Kind 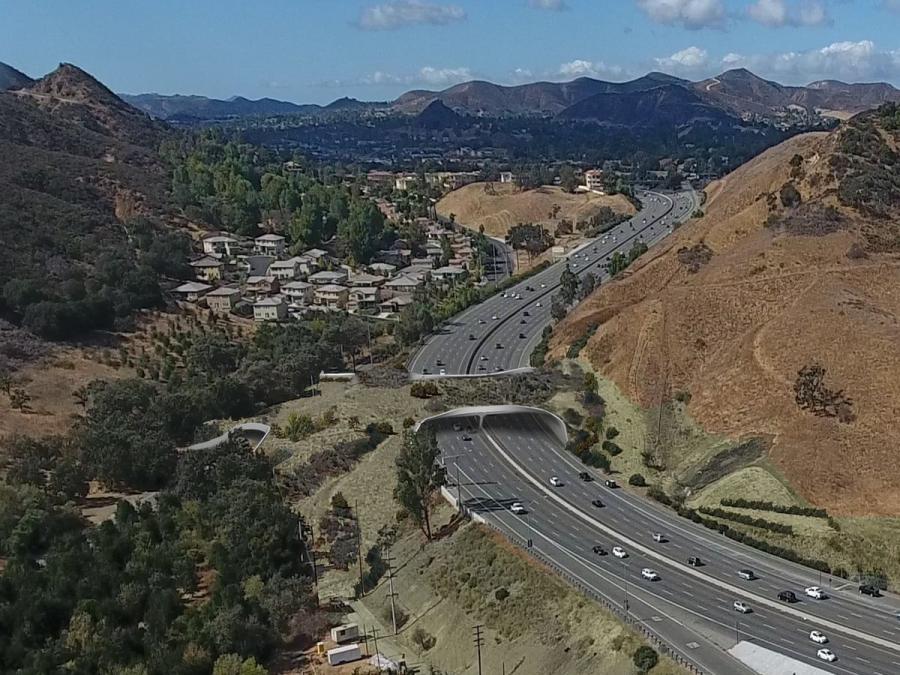 When completed, the 200-ft.-long, 165-ft.-wide wildlife bridge will be the largest of its kind in the world.

The California Department of Transportation expects to break ground early next year on an $87 million wildlife crossing on the 101 Freeway in Agoura Hills that experts say is critical to help save an isolated population of mountain lions from extinction.

The bridge at Liberty Canyon, which has been a dream of conservationists for years, will allow mountain lions and other species to cross safely over a busy eight-lane stretch of the freeway used by an estimated 300,000 vehicles a day, officials said.

When completed, the 200-ft.-long, 165-ft.-wide wildlife bridge will be the largest of its kind in the world, officials said. The project is being backed by a number of public and private organizations including Caltrans and the National Wildlife Federation, officials said. 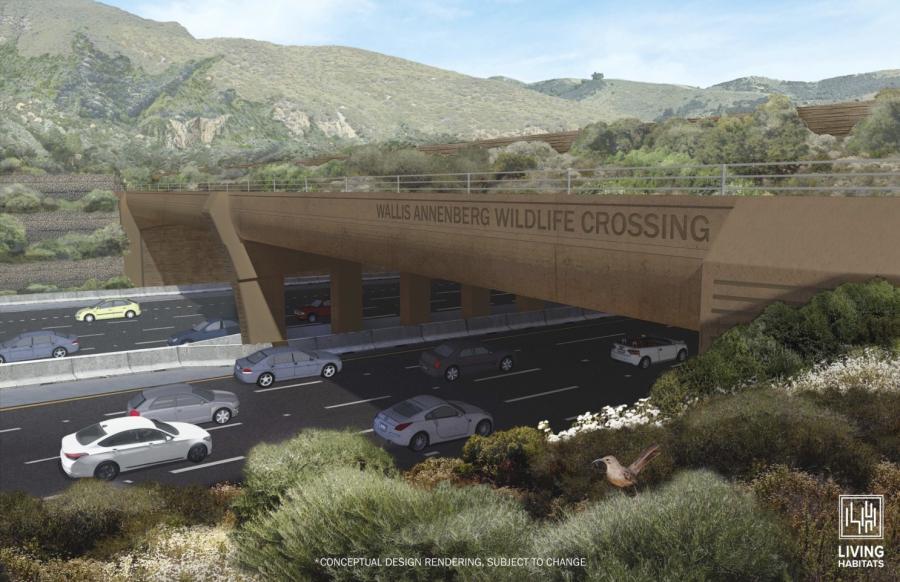 The bridge, which was recently renamed the Wallis Annenberg Wildlife Crossing, is set to be completed by October 2023, officials said. As envisioned, the bridge will be designed to look like part of the natural landscape with native vegetation and irrigation systems. It will shield animals from the commotion below with sound walls and light deflectors to dampen the effects of the noise and glare of headlights.

The project will set a worldwide model for what is possible in terms of coexistence in urban places between wildlife and humans, Beth Pratt, regional executive director in California for the National Wildlife Federation who has been working on the project for almost a decade, said. The purpose of the bridge is to reverse the effects that fragmented landscapes have had on wildlife, including low genetic diversity and roadkill.

The project will likely go out to bid over the next month or two, with construction set to begin in late January, said Sheik Moinuddin, a Caltrans project manager. The project will be divided into two phases, the first will cover the area across the 101 Freeway and the second will cover the two-lane stretch across Agoura Road.

Officials noted that it has taken years to raise awareness and the money to make the project a reality.

"This is an unprecedented project that Los Angeles should be incredibly proud of," Pratt said. "Back then it was just an idea."

The nonprofit federation has managed to raise more than $72 million so far from more than 4,000 private, philanthropic and corporate donors around the world for their #SaveLACougars campaign. Those funds include a $25 million challenge grant from Wallis Annenberg and the Annenberg Foundation. The federation hopes to raise $6 million more by the end of the year to cover construction costs.

Upon the opening of the bridge, Pratt said she is most excited to see photos of the first animals using it.