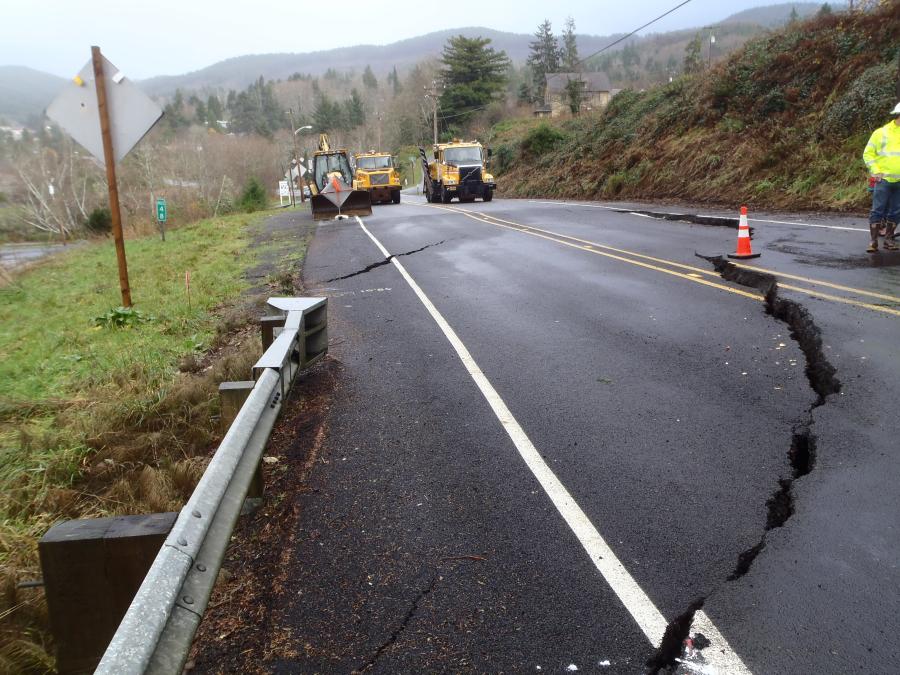 Once, the section is stable enough for crews to start on permanent repairs, they’ll excavate some of the area, let it settle, then bring in rock and gravel to try to build the area up.

Six days after heavy rains forced the closure of a section of Highway 101 on the north Oregon Coast, contractors were able to open one lane of the highway with flaggers directing traffic. More closures are expected, however, as crews work to stabilize this often troublesome stretch of road just north of Tillamook at mileposts 47 and 48.

“You can drive through there and you can tell the soil has been moving,” said Lou Torres, spokesman of the Oregon Department of Transportation. “It’s got a long history of landslides and earth movement.”

Problems started the second week of December when first one and then several more winter storms blew through, dropping two feet of rain in some areas in less than a week.

“We had a lot of high water,” Torres said. “What really slowed people down were the high water areas along the coast where we had the tidal influence. We had rivers that were flooding, and we had high tide at the same time. We had high water at all kinds of locations. There were areas that had 20 to 25 inches of rain last week. Even more. There was an ungodly amount of water in the system.”

Oregon’s Highway 101 is also known as the Pacific Scenic Byway. It stretches 363 mi. (584 km) between the borders of Washington and California and draws visitors from all over the world for its stunning vistas from high atop the headlands, to low along the rivers, bays and the Pacific Ocean. While the summer months are considered the peak visitor months, travelers come year round — many just to witness the very storms currently wreaking havoc on the roads and beyond.

More of those storms, however, may cause some delay in getting the roads repaired.

“We can only do so much work in this water,” Torres said. “Some of these areas are unstable. Even when we reopen them we will have to monitor them.”

Once, the section is stable enough for crews to start on permanent repairs, they’ll excavate some of the area, let it settle, then bring in rock and gravel to try to build the area up. They’ll pave when they can, Torres said.

“It’s going to be rough. People need to understand we are going to open these areas, but it won’t be smooth. It’s going to be rough. We don’t guarantee the lane will stay open. When you do a temporary fix, you hope it holds up. Safety is our number one concern. These are areas that continually move. They are active and unstable. We’re going to do what we can to ensure that a wash out doesn’t happen. But if we get another deluge of rain, then all bets are off. You just don’t know what is going to happen. These are areas very prone to landslides and sinkholes.”

With Highway 101 closed, residents needing to travel south of the small town of Wheeler to the larger Tillamook, where many are employed, had little choice but to take a detour of about 100 mi. (160 km). Even under good driving conditions it would make the normally 35-minute commute a two-hour journey one way.

Highway 101 was not the only road closed by the heavy rain. Oregon 131, also in Tillamook County, was closed after a failed culvert led to a large sinkhole. Likewise, Highway 22 on the county border. Both also will require major road repair, Torres said.

“These are all emergency projects,” Torres said. “We can expedite them as fast as we can get them done. We don’t have to go through the normal bidding process.”

Even as the north coast dried out from the storms, the state was warning travelers on the central and south coast to beware of flood conditions.

“Landslides can be triggered by intense rainfall,” said Bill Burns, engineering geologist at the Oregon Department of Geology and Mineral Industries (DOGAMI). “Be aware of the potential landslide and debris flow hazard during this storm, and travel with caution.

“Debris flows are rapidly moving, extremely destructive landslides. They can easily travel a mile or more, depending on the terrain. They will transport boulders and logs in a fast-moving soil and water slurry.

“People, structures and roads located below steep slopes in canyons and near the mouths of canyons may be at serious risk. Caution should be used when traveling.”

According to DOGAMI, the most dangerous places include:

• Canyon bottoms, stream channels and areas of rock and soil accumulation at the outlets of canyons.

• Road cuts or other areas where slopes of hills have been excavated or over-steepened.

• Places where slides or debris flows have occurred in the past. 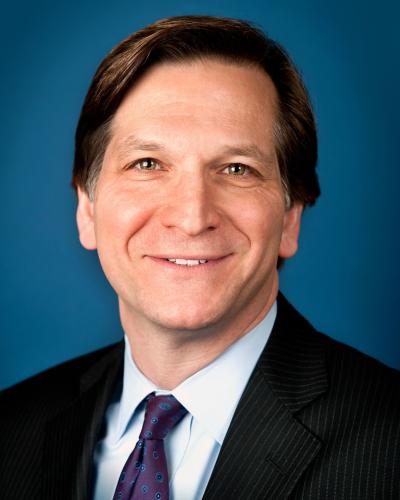 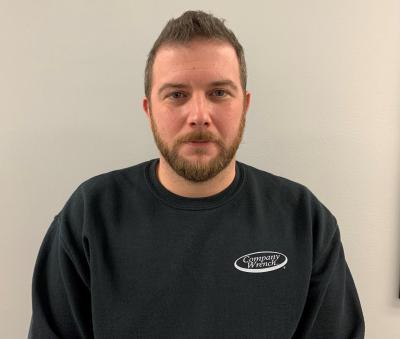 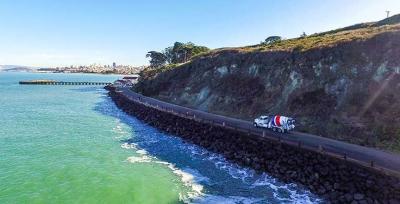 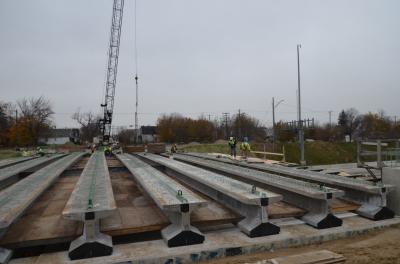