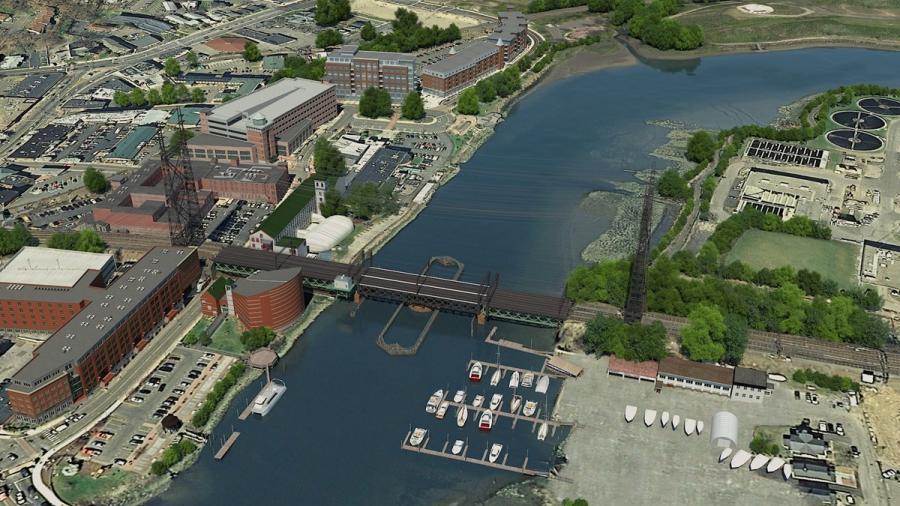 CTDOT has awarded the contract for the CP243 Interlocking and Danbury Branch Dockyard projects in Norwalk to Cianbro-Middlesex Joint Venture. (Walkbridge.com photo)

The Connecticut Department of Transportation (CTDOT) has awarded the contract for the CP243 Interlocking and Danbury Branch Dockyard projects in Norwalk to Cianbro-Middlesex Joint Venture (JV) on Aug. 2, 2017. These projects are part of the Walk Bridge Program.

The $237 million contract is the first that CTDOT has awarded under the construction manager/general contractor (CM/GC) alternative contracting method. In CM/GC, the contractor is selected based on technical ability and works as part of the team during design development. This process encourages innovation, leads to schedule certainty, and reduces risk during the construction phase. Further, the contract value is a negotiated price which is verified against an independent cost estimate prepared by a professional estimating firm.

The contract was awarded to the joint venture on Aug. 2 and the contractor was given a “notice to proceed” on Aug. 9, 2017. The team is now establishing work areas located close to the railroad tracks at the end of Goldstein Place and in the parking lot of 10 Norden Place. Construction is expected to begin in late September and continue for three years.

The CP243 Interlocking Project will construct a new four-track interlocking, a powered switch and signal system that allows trains to move from one track to another. The project is located approximately 1.5 mi. east of the Walk Bridge on the New Haven Line between the East Norwalk and Westport stations. Overhead catenary and signal work extends west to South Norwalk Station.

The Danbury Branch Dockyard Project will improve and electrify the southern portion of the Danbury branch line, from where it splits from the main line to approximately one mile north, at an area commonly referred to as the Dockyard. The Dockyard is where trains are stored and staged when not in use on the main line, near Science Road and Interstate 95. These improvements will allow commuter trains that begin or end in Norwalk to turn, or switch direction.

These projects are independent of the replacement of the 121-year old Walk Railroad Bridge over the Norwalk River, and are designed to improve the dependability of operations on the main line during construction of the new bridge. The sequencing of the work will allow for continuous use of two of the four tracks running through that section of the New Haven Line.

The Walk Bridge Program team will hold a public meeting on the construction details of the CP243 Interlocking and Danbury Branch Dockyard projects at Norwalk City Hall in September.