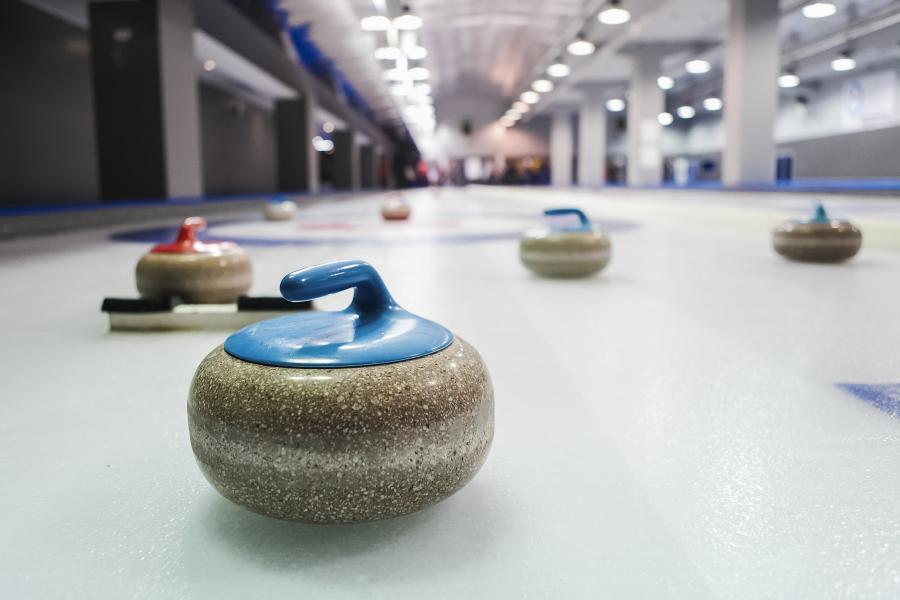 I don't know about you, but I'm a Winter Olympics guy. Sure, the summer games do offer more mainstream sports like basketball and soccer that draw a ton of television viewers across the globe, but it's the quirky niche events of the Winter Olympics that make it more fun in my humble opinion. Where else can you watch someone alpine skiing one moment before coming to a screeching halt in order to shoot a rifle at a target?

One of my favorite totally random sports to catch during the Winter Olympics – which returns this upcoming February in South Korea, by the way – is curling. You know, that wonderful sport on ice that looks to be a bizarre mix between Eskimo shuffleboard and your everyday household chores. On a curling sheet, which is a totally different surface from hockey despite their similar look, competitors try to land giant sliding rocks (which are made of granite) inside a target zone (called "the house") while teammates use brooms to guide its path.

Despite having won only a single medal in the sport, a bronze at the 2006 Torino Olympics, the popularity of curling has skyrocketed in the United States during this current decade – and Team USA couldn't be prouder. The Grand National Curling Club, the Eastern United States Regional Curling Association, now boasts 61 member clubs in 16 states.

"It's exciting," said three-time Olympian John Shuster. "I mean, there's a club in Atlanta, there's a club in Charlotte… and these are dedicated ice, they only curl on those ice sheets. Same with San Francisco and Portland. These random places that you're like, what? So it's exciting to see that happening."

Because of the need for friction to propel the 38- to 44-lb. curling stones across the length of the playing surface, the ice on which curling is played is not totally flat like a pond that has been freshly frozen over. Instead, curling ice is treated to leave a dusting of tiny, pebble-like water droplets that help the granite orb move. According to the Pittsburgh Curling Club, warehouse-type construction of a curling club runs approximately $51 per sq. ft. And that's without a chiller to keep the ice at the right temperature – ideally 23 degrees.

With how many curling clubs are sprouting up across the country, organizations building rinks in warehouses and other commercial spaces have turned to energy efficiency as a way to help offset the cost of setting up the field of play. The Richmond Curling Club reportedly saved between $200 to $300 on its monthly utility bills during the curling season by switching from fluorescent lighting to the more proficient T8 tubes that do not give off as much heat. An inefficient rink spends 42 percent of its energy costs on refrigeration and 21 percent on lighting, among other factors. To operate at maximum efficiency, those figures need to be closer to 23 percent on refrigeration and 11 percent on lighting.

In its bid to attract more followers to the sport, the GNCC and other regional club associations offer seed money to rink owners who wish to make the switch from standard ice to a dedicated curling sheet in the form of a low-interest loan. This, coupled with the relative ease in making the switch, has helped fuel the boom of curling clubs and rinks in the United States. With the Winter Olympics upon us and the influx of new talent to Team USA due in part to the recent growth of the sport, hopefully we'll be able to take home our second medal and our first gold when it's all said and done. I know I'll be watching. Will you?