More than 1,000 equipment items and trucks were sold in the auction, including compactors, excavators, loaders, dozers, dump trucks, truck tractors and more. 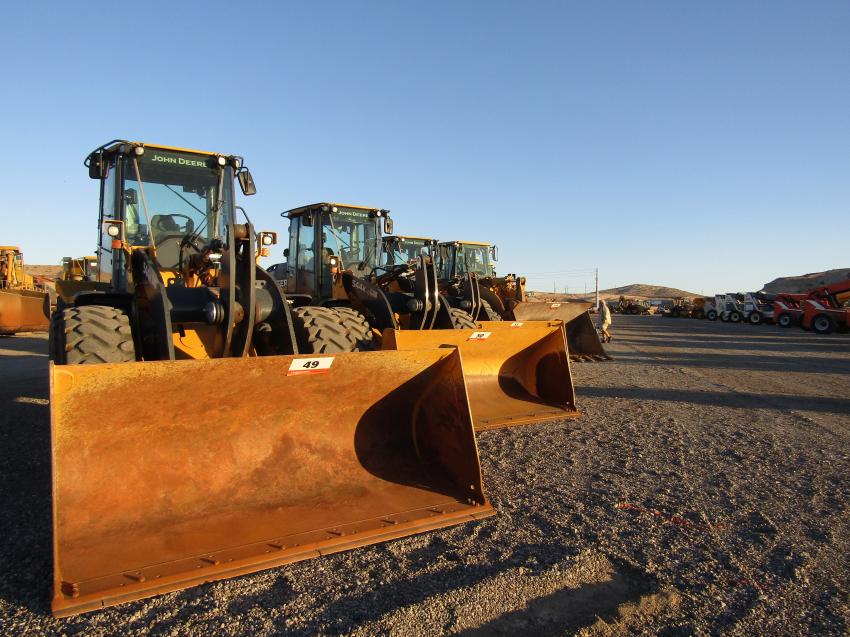 Plenty of John Deere wheel loaders were up for grabs at Ritchie Bros.’ Las Vegas sale. 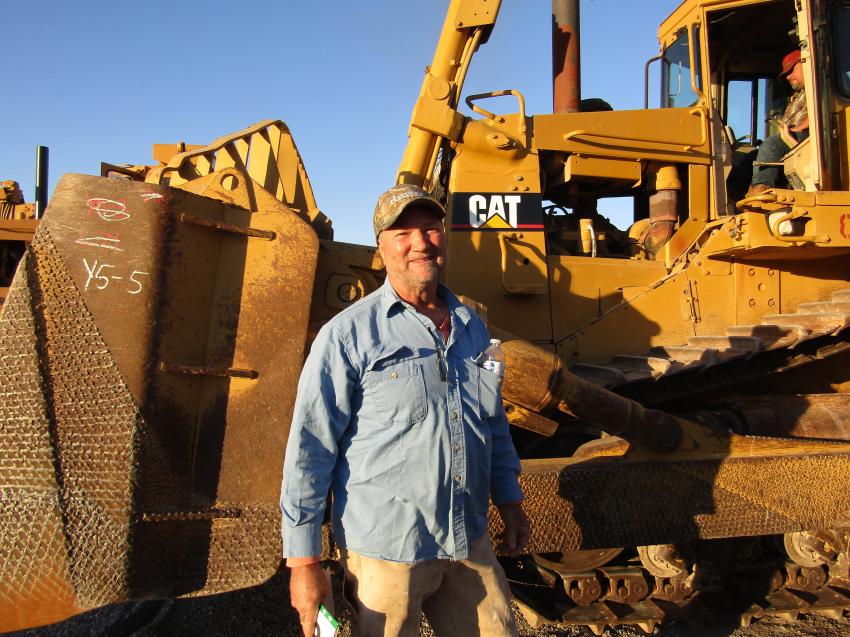 Steve Rogers of Globe, Ariz., came to browse and look for some unique finds and was immediately drawn to this 1994 Caterpillar D9N dozer. 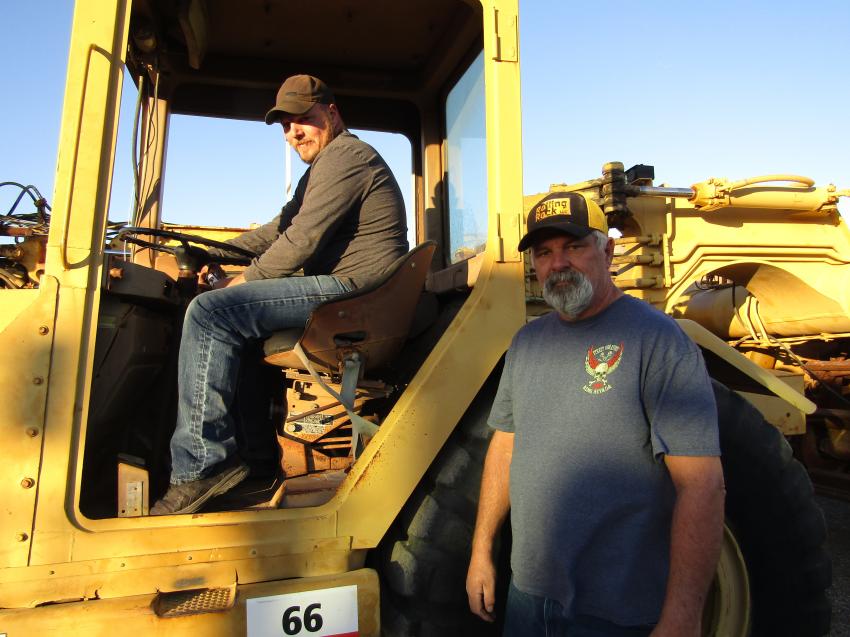 Business is good for father and son team, Joe Jr. (L) and Joe Goss, owners of Rolling Rock Excavating in Reno, Nev. The pair was trying out this 1979 Caterpillar motor scraper to add to their fleet. 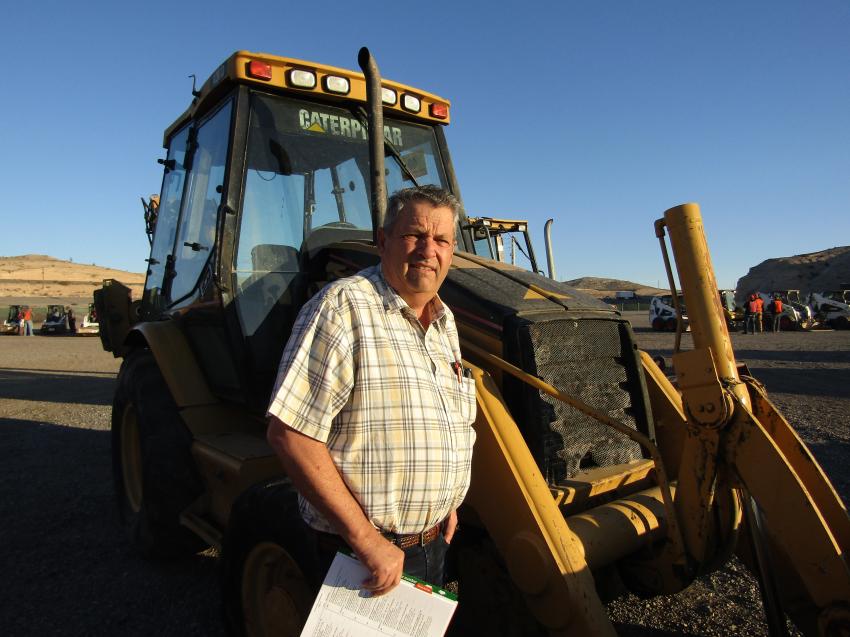 Brent Lott of Idaho checks out some equipment for use on his farm. This 2001 Caterpillar 420D backhoe caught his eye. 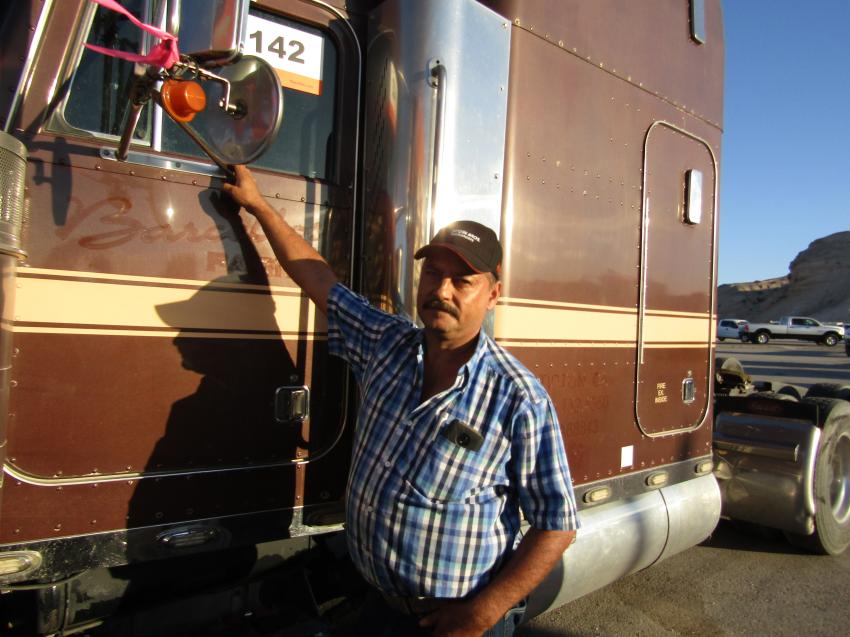 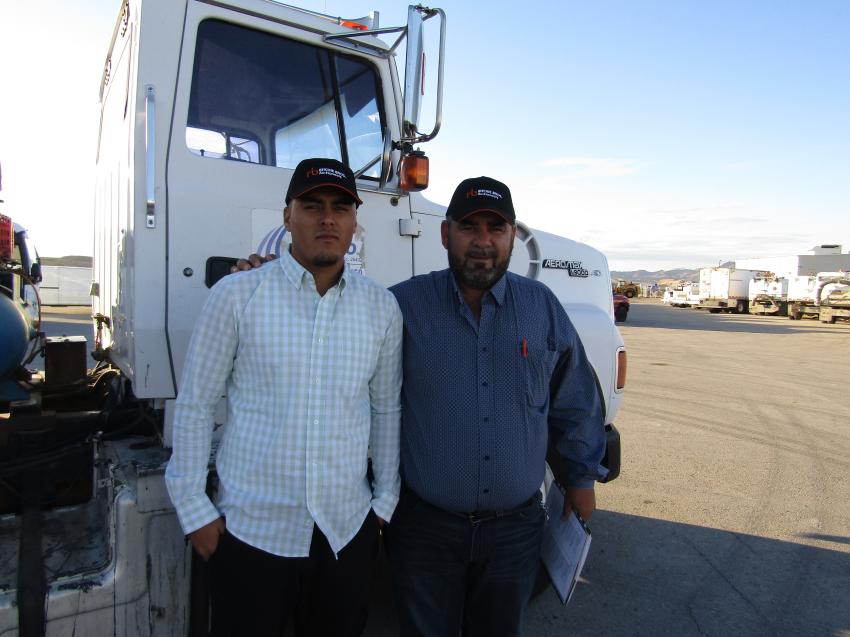 Heber (L) and his dad, Ignacio Ochoa, traveled all the way from Chihuahua City, Mexico. They were looking for a number of pieces they will transport to Mexico for resale. This 1995 Ford asphalt truck is one of several they bid on. 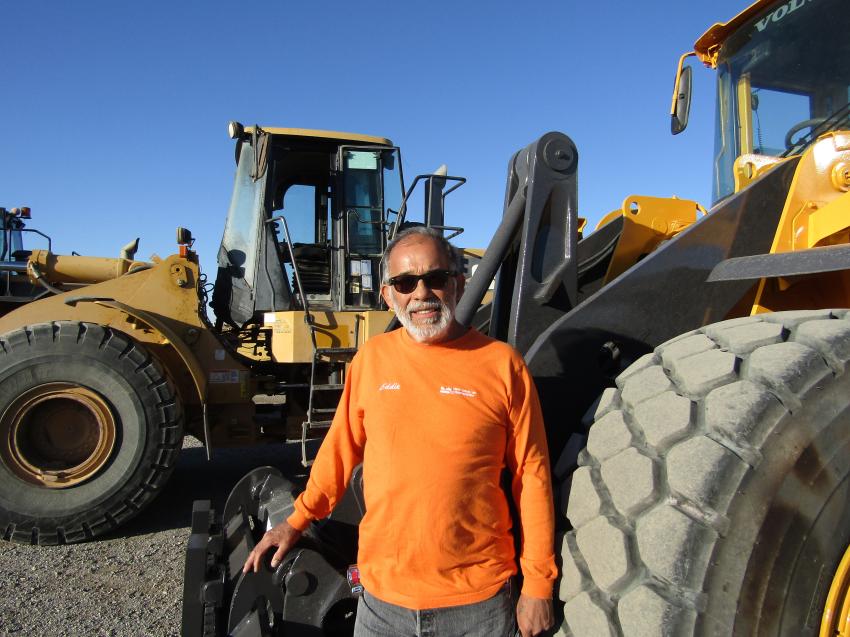 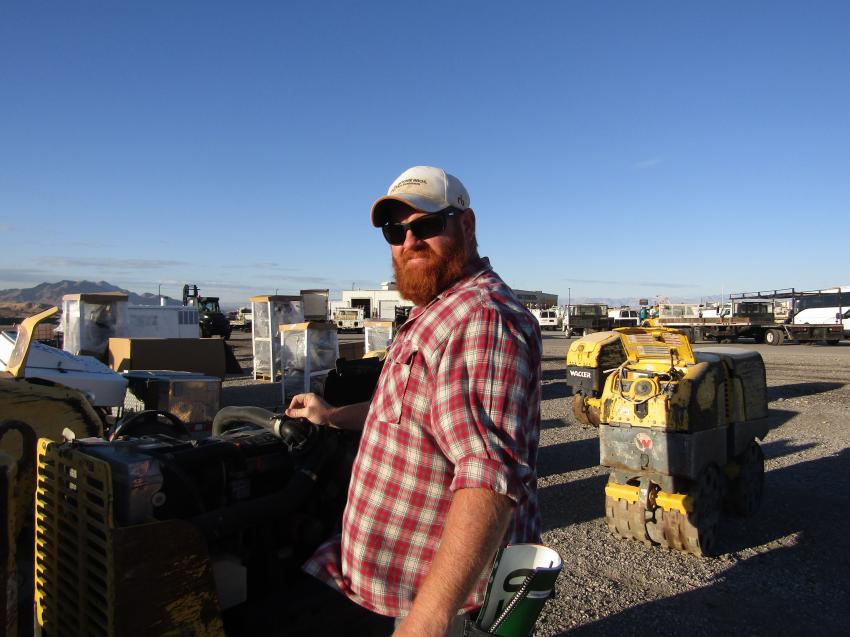