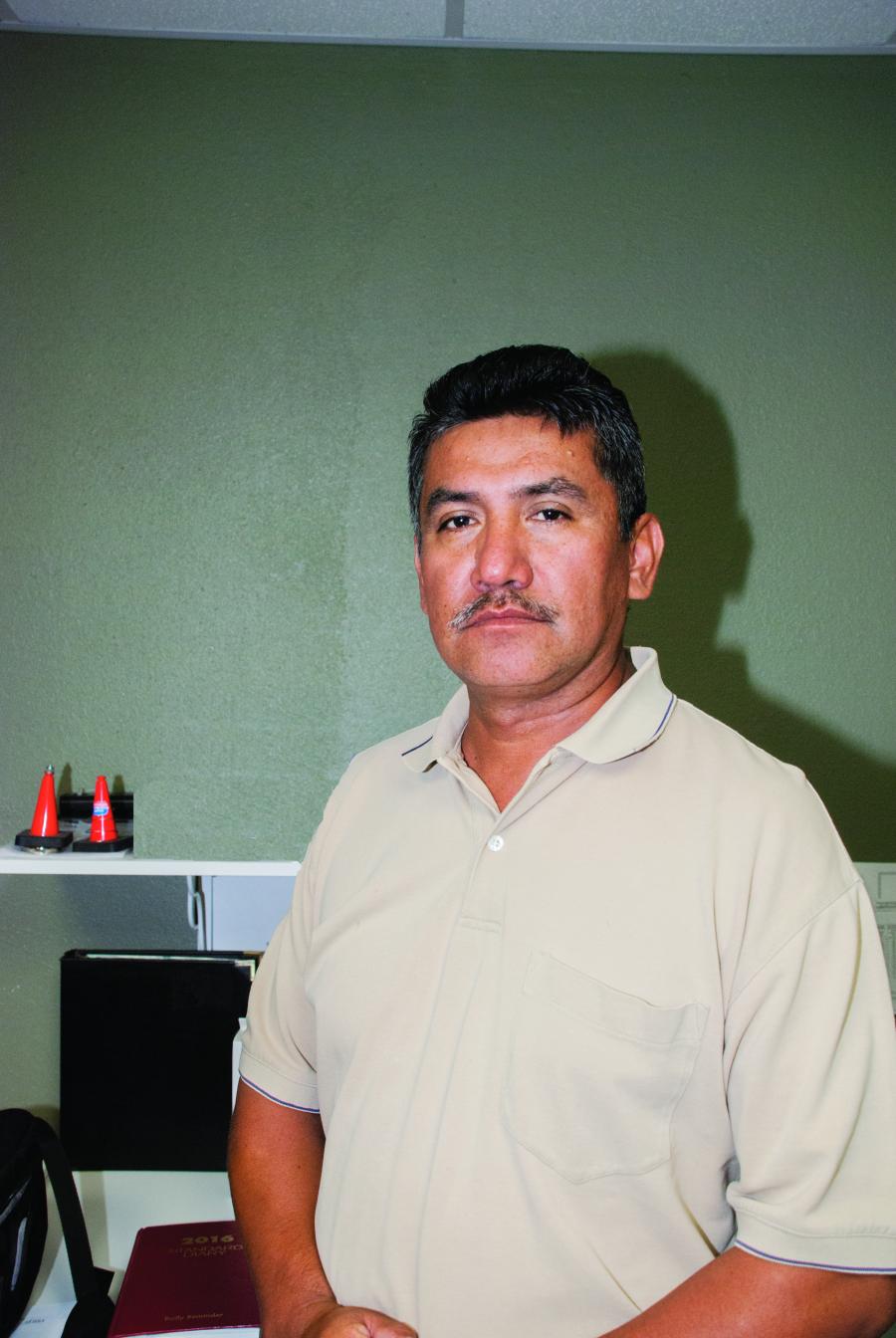 “We believe there are many more of those jobs ahead of us,” said Marco Hernandez Sr., who along with his brother Magno is co-owner of West Texas Rebar Placers. Marco is president and oversees the office, including estimating. Magno is secretary/treasurer and runs the field operations.

“We are looking for highway and other large road and utility projects, either as a general or a sub.”

The brothers began seeking those types of projects a few years ago when they sought to diversify West Texas Rebar Placers, a company they founded in 2001. The company's sole focus for the first decade-plus was placing and tying rebar and reinforcing steel as a subcontractor to concrete companies.

“That's still a solid portion of our business, but approximately three years ago we started doing general excavation, and that's become an increasingly larger percentage of our work,” explained Magno.

“Everything from prepping subgrade to putting pipe in the ground, to concrete work, we do ourselves. If we are the general on a project that calls for paving, we sub that out.”

Including rebar work, the company typically has four to five projects going at once, usually within an hour's drive of Dallas. West Texas Rebar Placers employs about 15 people, including key individuals such as superintendent Max Garcia, who oversees excavation jobs.

“Max has many years of experience in running cranes and general excavation work. He was a superintendent for a large company before coming to West Texas, and that's all been valuable in helping us get a good start in dirt work,” noted Marco Sr.

Other team members include operator Jacob Paloma and longtime employee Manuel Gonzalez, who “ties rebar like crazy,” according to the owners. Project manager Marco Hernandez Jr. helps with a variety of tasks, including estimating, coordinating pre-bid and preconstruction preparations as well as operating machinery. Maria Aguilar is office manager and also does some estimating.

“They have helped us grow and complete several good-sized projects, including our largest to date,” said Marco Sr. “That was in Whitesboro, where we put in close to 1,800 ft. of storm drain. We also have done some other notable projects, including one in Johnson County that involved removing a road, installing precast boxes and placing rip rap and storm drain.”

“I was familiar with Komatsu from another company I worked for, so when we were looking for an excavator, I stopped into Kirby-Smith's Dallas branch, and they put me in contact with Pat,” recalled Max. “The PC210LC-10 is the perfect size and gives us versatility. We can use it for a variety of tasks, and it has good power to handle all of them, including concrete and asphalt removal.”

“There have been times when we need a bigger machine, so we have rented a PC490LC-10 from Pat and Kirby-Smith,” added Marco Jr. “One standout feature of Komatsu is reliability. We get into some remote locations, so we need dependable machinery that doesn't break down. Komatsu gives us that and more.

“Pat and Kirby-Smith have been excellent to work with,” he continued. “They helped us choose the right excavators and with the financing. Because the PC210 is a Tier 4 machine, they will do the first three years of scheduled service through Komatsu CARE. We think that's a great program.”

The owners and employees of West Texas Rebar Placers see a bright future for their business. They are focused on continuing to build the excavation side and eventually expand into larger, more complex projects.

“We have established ourselves as an excavation contractor, and now we're looking to do more, especially in the roadwork market,” said Marco Jr. “Eventually, we want to get into bridge work, and possibly expand into the commercial sector. Dallas, Fort Worth and the surrounding areas are growing, so there are a lot of opportunities. We believe we have positioned West Texas to take advantage of them.”