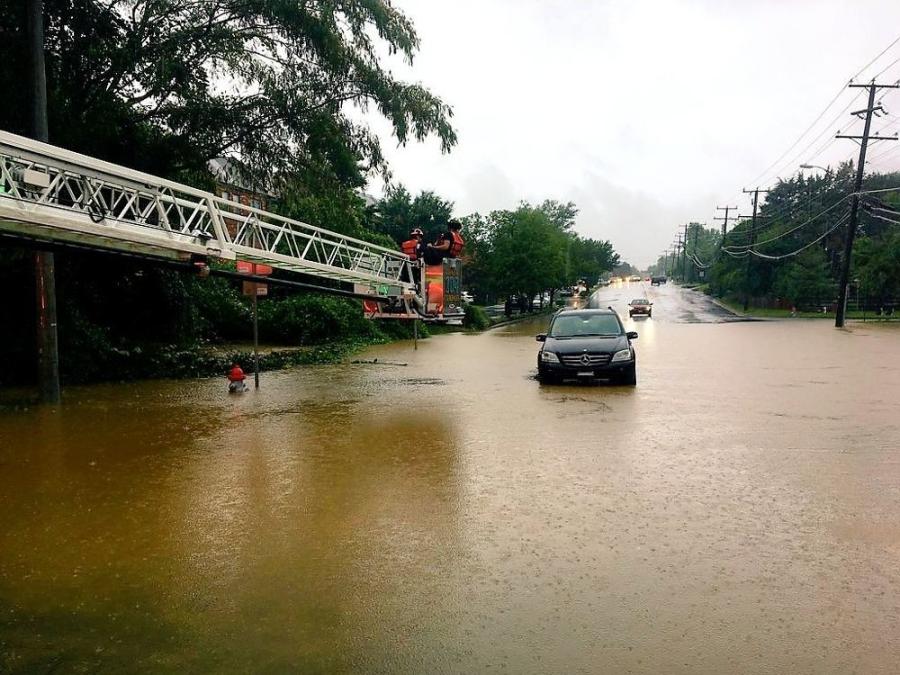 Washington, D.C. and surrounding areas in Maryland and Virginia were under a flash flood emergency issue on July 8, as heavy rains reported as a month's worth in approximately an hour caused flooding.

In the city of Baltimore, Md., a 12-in. main on Howard Street near Pratt Street ruptured early July 8. Jeffrey Raymond, chief, communications and community affairs of the Baltimore City Department of Public Works, reported that it flooded the underground CSX tracks and silt surface where the tracks surface near M&T Bank Stadium, where the Ravens play. It also pushed silt through a storm drain into the Inner Harbor. 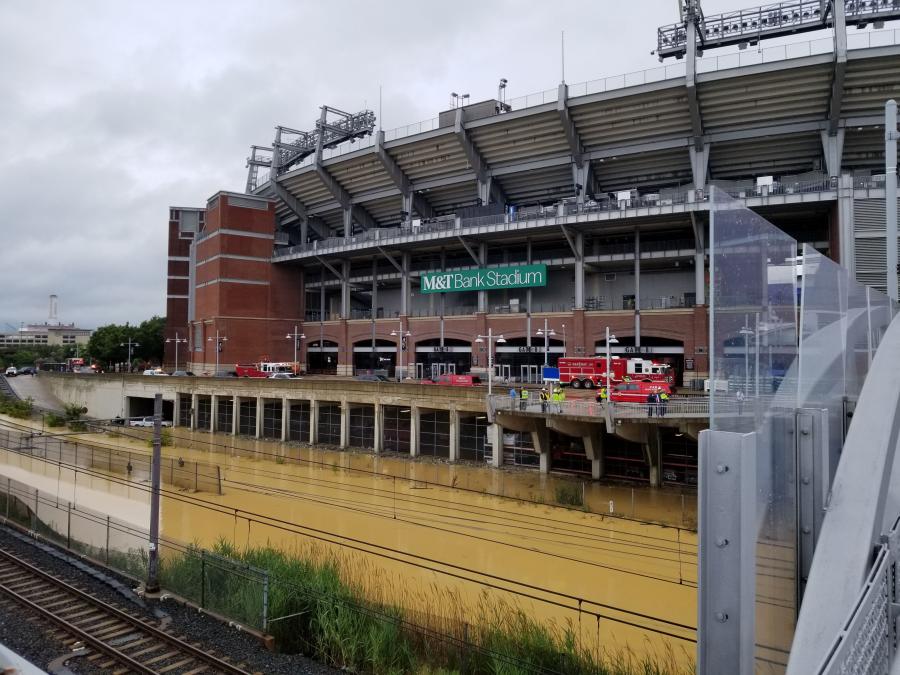 "The CSX tracks were made impassable by the silt build-up," he said. "Three locomotives and several train cars had to be pulled out of the tunnel. CSX is patching portions of the tunnel wall. Crews had to shut down a light rail platform near the broken main due to significant undermining. A city DOT worker was seriously injured when an underground vault collapsed while he was turning off electricity to street lights at the intersection. The light rail was shut down in this area to allow for recovery work."

Raymond reported that CSX repaired its tracks and tunnel and BGE shut off electricity at the intersection and made sure nearby buildings had power. Spiniello Construction was brought in to recommend and execute a recovery plan.

A crane was provided by Fout to assist with removal of portions of the light rail handicap access ramp, but was not needed in the end. 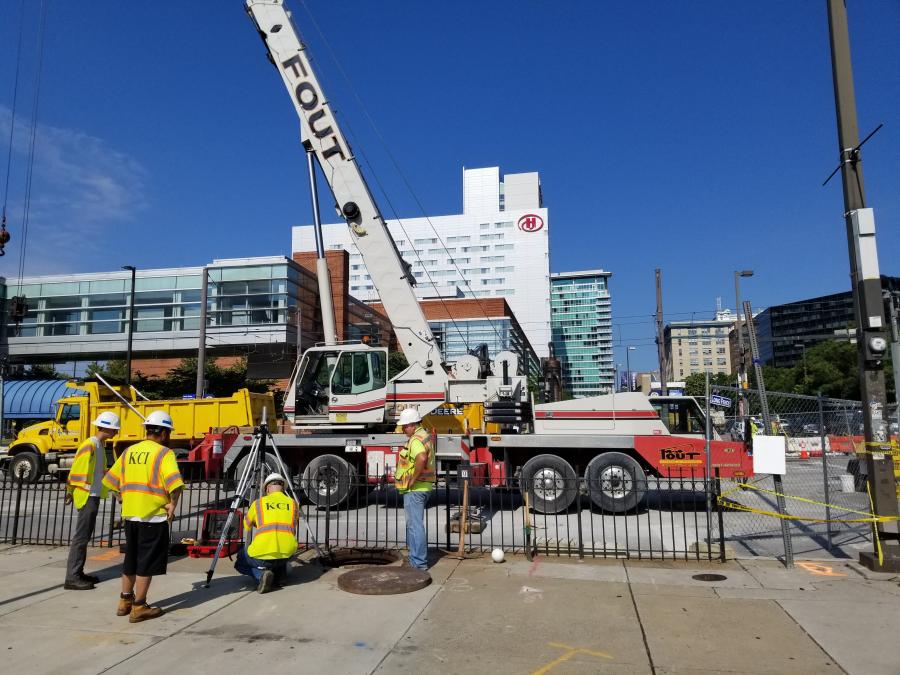 "This was a huge multi-agency effort, pulled together by Baltimore's Office of Emergency Management, recovery headed by DPW, working with DOT on traffic, and private partners," Raymond said on July 12. "We've been moving around the clock to repair and leave the area as soon as possible, but we don't have a timeline for when that will happen."

He explained that older parts of the county that were built before current development protocols have the most challenges from a drainage standpoint, as some systems are undersized or non-existent, or areas which were built too close to floodplains.

"The county investigates these and works to alleviate these conditions where possible through its capital program," Raymond said.

Steve Walsh, director of the Department of Public Works in Towson, Md., noted on July 12 that while Baltimore County has had some heavy rains of late, it is nothing that he would consider unusual.

"Yes, if we have periods of intense rains, we see localized drainage problems, ie storm inlets can't handle the volume of water," he said. "This type of flooding is short lived as the rain stops. We see larger river flooding as longer durations rains occur, and yesterday we saw flooding along the Gunpowder River, one of the county's biggest. A few roads were closed but were opened hours later as water receded. Trees came down, but there was no significant damage." 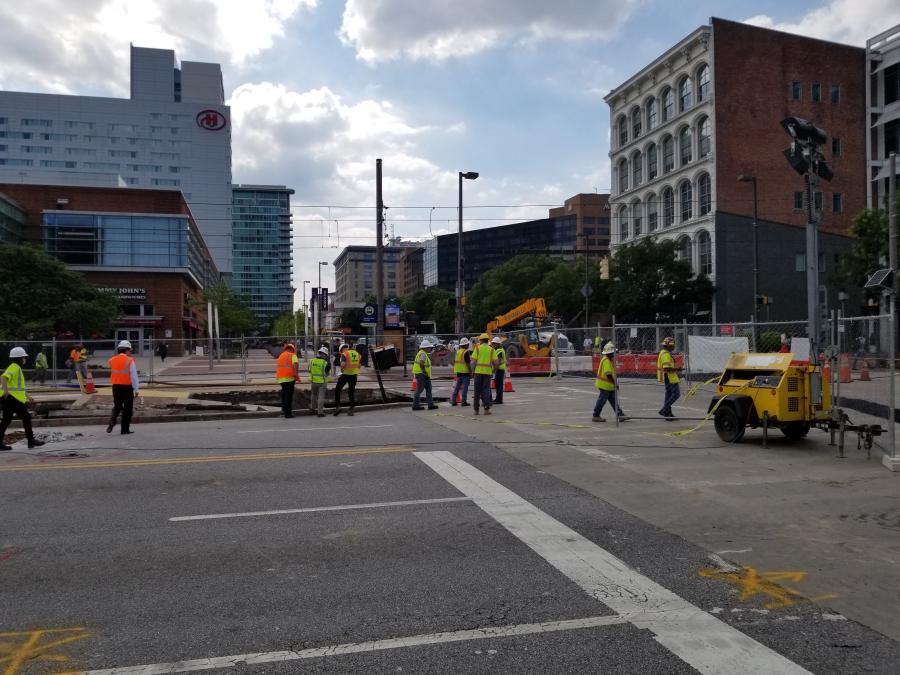 In the D.C. area, the Arlington County government stated on its website that "the once-in-a-century storm necessitated the National Weather Service to issue a Flash Flood Emergency and caused widespread flooding and significant damage to public facilities, roads, businesses and homes."

"Waterways were quickly overrun and we started having flooding running across streets and low-lying areas," said Ben O'Bryant, public information officer of Arlington County, a 26-sq-mi. county located across from the Potomac River in Washington, D.C. "Over the course of a couple hours, we ran 38 total water rescue responses, 25 of them within Arlington County and the remainder outside our jurisdiction."

Most people were able to self-extricate prior to the department's arrival.

"We did assist one person out with a boat as they weren't able to walk in the water and another out via our tower ladder," he said "There also were some that we assisted walking out. We responded to 27 calls for flooded homes. Within a couple hours most of the flooding at least on the roadways had subsided and our call volume went back to normal. We did not receive reports of any injuries or deaths related to the flooding." 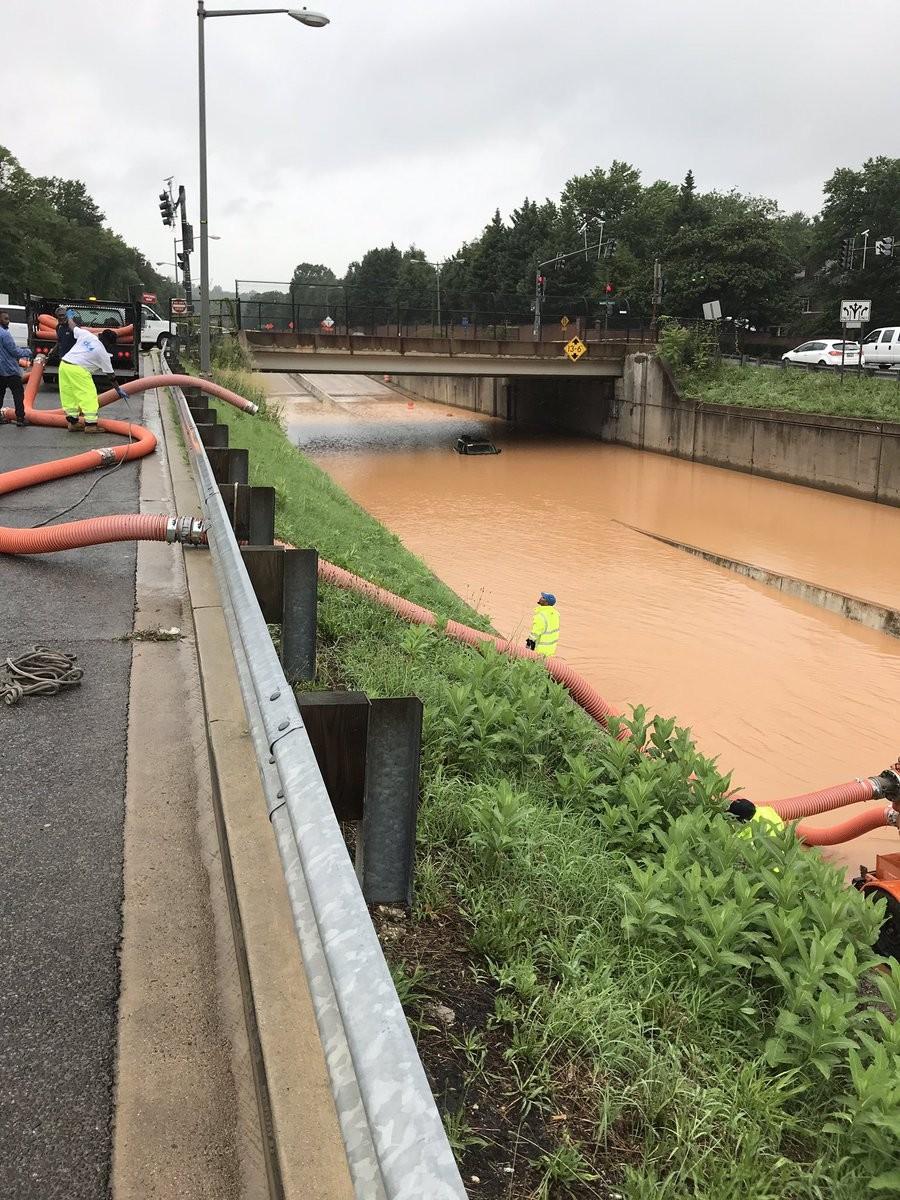 Playgrounds also were closed because their safety surface was lost in the flooding. Trails also took on debris and dirt, and one also had asphalt damage.

Vincent Morris of DC Water reported that the flooding there was caused by unusually heavy rainfall.

"The DC Water District gets periodic heavy rains but this one dropped more than three inches of rain in less than an hour," he said. "Flooding occurred in multiple locations around the city, mostly in the low elevation areas near the river, downtown and along highways with underpasses. Our plan to avoid flooding like this relies on use of pump stations for rainwater and ensuring that our storm drains are routinely cleaned out, in addition to hardening some facilities with sea walls, etc." CEG