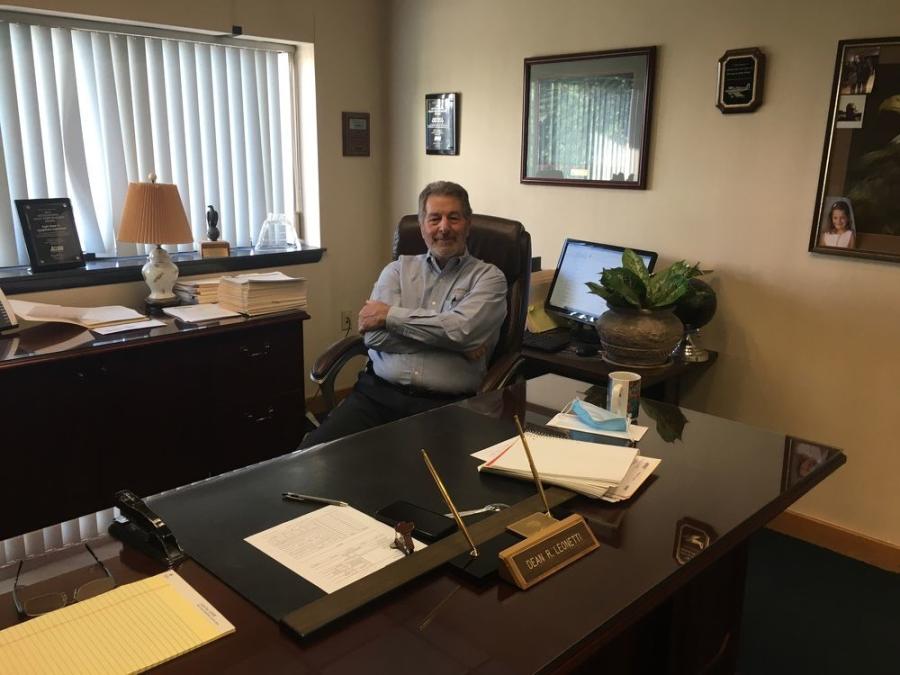 After Dean R. Leonetti Sr. graduated from Temple University, he served for six years in the U.S. Army Reserves. Consider that time well spent while he thought about what he wanted to do for his professional life.

Eventually, Leonetti's first real job was with Brockway Trucks, but that wound up being a mere rest stop before his big break in construction — and it was a party in 1971 that changed the trajectory of his career.

"My friend Gary Myers who went to Bishop McDevitt, [High School] and just happened to marry a girl from my class at Upper Dublin High School (world's greatest public high school of all time!) mentioned that he just got a new job with this company called Case Power and Equipment and that he was the first skid steer specialist. He also said they were looking for a salesman for the Philadelphia region.

Leonetti thought the sales position sounded interesting so he figured he'd give it a shot and landed an interview — and he made his first sales deal to get the job.

"I had a mustache at the time and after the interview I was told that the boss didn't like facial hair," he recalled. "So, I said, ‘here's the deal … if he wants to hire me and they don't want facial hair, I'll shave the mustache off, but I don't want to shave it off and then you tell me that I didn't get the job.'" He got the job and the rest is history.

"I didn't know a backhoe from an elephant," he said. "I was the first or second Philadelphia salesman to deal with all of the Italian contractors in the area. I think I was hired because my last name ended in a vowel."

Leonetti learned the ropes and began developing strong customer relationships, but he decided in 1975 that maybe he'd be a better sales manager than a sales representative, so he left Case Power and Equipment to work as sales manager at LCL, a local John Deere dealership. This position was short lived.

He returned about a year and a half later — as Case Power and Equipment's sales manager, a role he still fills today with Eagle Power & Equipment, or at least until Jan. 1, 2021, when he officially begins his next job, retirement.

"Dean has worked for Case and Eagle Power for over 45 years. During that time, Dean has achieved near legendary status as a figure in the Philadelphia region construction market. Dean is well known for his professionalism and expertise as a salesman, but more importantly he is known for, and beloved for, the relationships he has made over the years.

"Dean makes everyone he meets feel like an old friend and part of the family and even calling everyone in his address book on their birthdays. Dean's retirement will mark the end of an era, and he will be greatly missed, but we are excited for his next chapter." 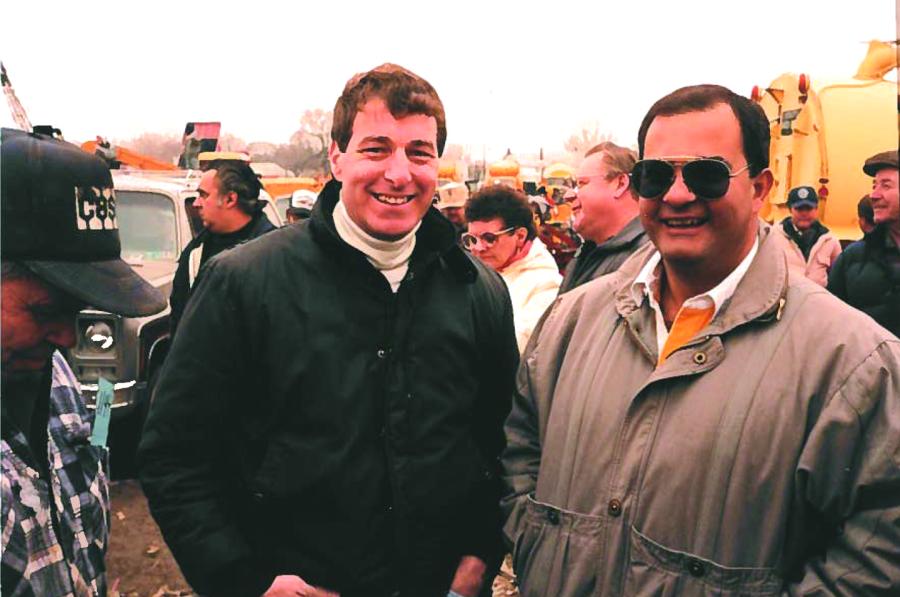 Dean Leonetti (L) and Pat DiCicco at a Suburban Contractors Association Auction in Essington, Pa., in 1988.

As Leonetti looks back at his illustrious career at Eagle Power & Equipment (which also includes being a long-time active member in the Delaware Valley Associated Equipment Distributors), Leonetti prefers not to brag about big sales or milestone moments throughout his career. Rather, he takes the greatest pride in and he sees his most lasting successes through the people he has hired over the years and the friends he made over the many decades of his career.

Sure, he helped Eagle Power & Equipment earn many, many sales awards over the years, but there's more to it than that, he feels.

"I feel very blessed that I had the privilege to meet so many top-notch people, customers, fellow employees and even competitors in this unique industry," he said. "They have all become great friends and associates.

"I guess what I am most proud of is the fact that so many of the people that I have hired or touched in some way have also enjoyed a great and successful career in the construction equipment sales industry. Many of these employees, too numerous to name, during my watch got married, had a family and now several of their children have pursued careers here at Eagle Power & Equipment."

Leonetti also fondly recalls the camaraderie he has enjoyed being at Eagle Power.

"What a group! We used to play football every Sunday morning well into our forties and like six people here would show up and we would play contractors or other dealers," he said. "We played sort of rough touch. We played at the Ambler campus of Temple University's field. Everything revolved around this place. Whatever gatherings and parties and stuff like that. It's been great."

Dean commented on the fact that it speaks volumes for a company that is able to maintain such longevity with a sales force. "I was of course privileged and lucky enough to have surrounded myself with the best sales representatives in our industry. They made my job easy! Somebody did something right."

He also counts his son, Dean Leonetti Jr., among his professional and personal successes.

"He has been here at Eagle Power & Equipment for 20 plus years already," he said. "He is the Philadelphia and Bucks County salesman now. Prior to starting here, he worked for several contractors and, unlike me back in the day, he actually knows what this equipment is supposed to do. He is an excellent operator. I tell him don't look too good when you demonstrate the machine, because they are the ones that are supposed to look good. He's pretty talented. Me, on the other hand after all these years? Not so much."

Senior's impact on his son's career is certainly evident and Dean Jr. is quick to praise his father's role in his own success at Eagle Power & Equipment.

"He's been an icon in the industry," said Dean Leonetti Jr. "There's not a place I go where someone doesn't know my father. I can say him having his good name in the industry has helped my success. I definitely had big shoes to fill when I became an on-the-road salesman."

As his retirement approaches, Leonetti has begun to think about all the things he's going to do to keep himself occupied.

"I'll probably do some volunteering work," he said. "I hope after the pandemic goes away, I can join my wife who volunteers at Doylestown Hospital in order to give back something to the Doylestown community. I have a couple of collector race motorcycles that I will tinker with and a Harley to use on nice days. May even get in a few rounds of golf. I also plan on spending more quality time with my wonderful daughter, Nicole, who has been a big part of my life and that I am very proud of."

Since becoming a private pilot in 2003, he plans to continue to fly this Piper Archer airplane. Flying, he said, was always something he thought was something somebody else did, but he wanted to give it a try, anyway.

"Because my brother has been flying for years, I had a leg up on it," he said. "I kind of knew what to expect. It's a lot of study and a lot of work and you become obsessed with it. Just ask my wife. I have about 500 hours of flying time to-date. My friends laugh at me when I explain that lunch is referred to as ‘the $100 hamburger'."

Even though he is retiring, Eagle Power & Equipment won't ever be too far from his mind.

"I like the customer base … it's something about them," he said. "A lot of them worked their way up and became successful business people. A lot of them started out right from high school. Eagle Power must be a pretty good place to do business with because people stay here and in this industry for a long time. There is just something about our occupation that contributes to the fact that most people stay with it through thick and thin. I'll miss all of it." CEG