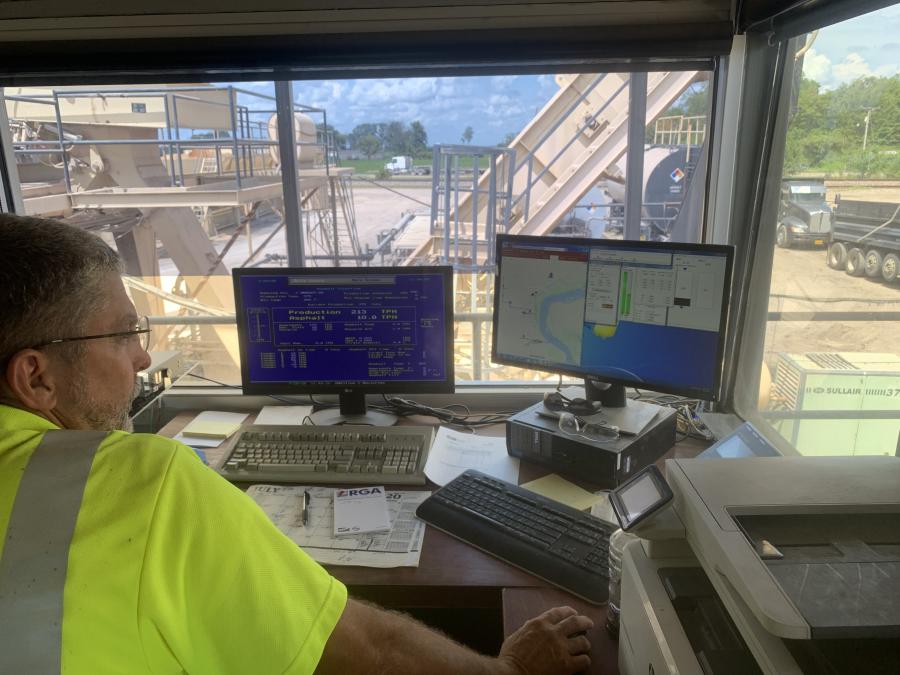 Prior to using FleetWatcher, foremen would have to call the office to get in touch with any drivers. Now everything lives inside the product, which can be installed through a hardwired battery connection, a cigarette lighter adapter or smart phone apps. This allowed foreman to see where trucks are in real time and call their drivers directly, taking out the middleman.

But even though people have been communicating for thousands of years, we are by no means perfect at the artform.

That is especially true in the heavy construction industry where there are many moving pieces, changes are fluid and costs can quickly add up. Over-trucking or inefficient truck routing can have rolling consequences to project deadlines and profits.

This was common for midwestern site development and highway contractor Delta Asphalt until it implemented a new system to help its communications connect with its bottom line.

Two years into using Fleetwatcher's MMS, Delta Asphalt has achieved significant savings and is still finding new ways to utilize the system in its everyday operations.

Marotti and his team knew they were onto something early in their FleetWatcher tenure when they were able to save roughly $30,000 on a mill and fill job in Arkansas. With 50,000 tons of asphalt to install across 10 mi. of Highway 62 in Ash Flat, Arkansas, Delta began working with eight to 12 trucks.

Shortly after starting, they saw that they weren't managing their trucks well. FleetWatcher transponders relayed truck position information in real time, so Delta personnel saw trucks stacked at the paver and others waiting in queue for materials and adjusted accordingly to establish a good rhythm between the paver and the plant.

"We cut out two trucks on that job by watching the plant time. Everyone has eyes on trucks at the plant. The way that we go about setting up trucks, the communication, that process has changed. The plants are just as involved in managing the trucks as the road is now, and that wasn't that way before," Marotti said of the changes since implementing FleetWatcher.

Delta Asphalt not only saved money but time and resources with its new materials management solution. Prior to using FleetWatcher, foremen would have to call the office to get in touch with any drivers. Now everything lives inside the product, which can be installed through a hardwired battery connection, a cigarette lighter adapter or smart phone apps. This allowed foreman to see where trucks are in real time and call their drivers directly, taking out the middleman.

"Before, you'd have to pick up your phone and hope that you got them in a coverage area. Now, you see them on the map, and so you call the plant foreman or the on-road foreman, you go hey, there's a truck five minutes from you. We grab them. It's just made it so much more efficient," said Delta Asphalt Transportation Manager Bobby Stockton.

This product flexibility became even more important in light of the coronavirus pandemic. Delta Asphalt transitioned from printing paper tickets that passed through four to five hands to issuing digital tickets through FleetWatcher to all appropriate parties. Beyond safety benefits, Delta Asphalt's digital ticketing saves its drivers a trip to the control room, which adds up over the course of a day to approximately 15 minutes saved per truck. In fact, Delta Asphalt believes it has already printed its last paper ticket.

FleetWatcher was not the first GPS technology Delta Asphalt utilized, but just two years into the MMS program and it is already more widely adopted and used than any previous technology. So why was this solution sticky when others weren't? According to Delta it's as simple as measuring results.

Construction projects generate a wealth of data, some of which is more important than others in making sure you stay on budget and meet deadlines. With FleetWatcher's MMS, the team at Delta easily tracks KPIs for each job, shift, and day for greater visibility into projects. With this visibility Stockton and his team were able to sell their truck owner-operators on the service not as a tattletale box but as a paving management tool designed to help streamline their work and remove unnecessary bottlenecks, according to the company.

After initially being apprehensive at the thought of introducing the new system to independent owner-operators, Stockon has been pleasantly surprised by the drivers' reaction.

"They liked the fact that when they showed up on the road, that they were going to get unloaded, so when you turn that into dollars and cents for those drivers and for those owners, they totally were on board."

To communicate is to listen, understand and respond. In the business world this means getting the right information from your operations, analyzing them in real time and effectively using that information to inform future decision making. By installing FleetWatcher MMS in its fleet, Delta Asphalt was able to close the loop on its communications and turn construction headaches into the building blocks of efficient operations. 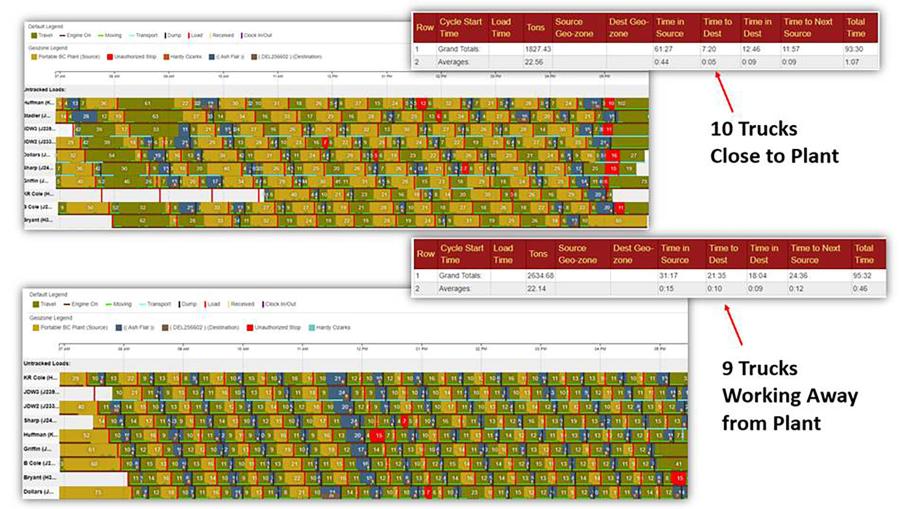 Earthwave Technologies manufactures construction-specific wireless telematic products which provide complete visibility to all components used within the process. Its FleetWatcher Materials Management Solution (MMS) is being used by asphalt paving contractors across the United States. It also offers modules for e-ticketing, off-road construction, and more.