The reconstruction of the associated taxiway system is designed to provide a safe connection for aircraft from the runway to the passenger terminals at the Detroit Metro Airport. 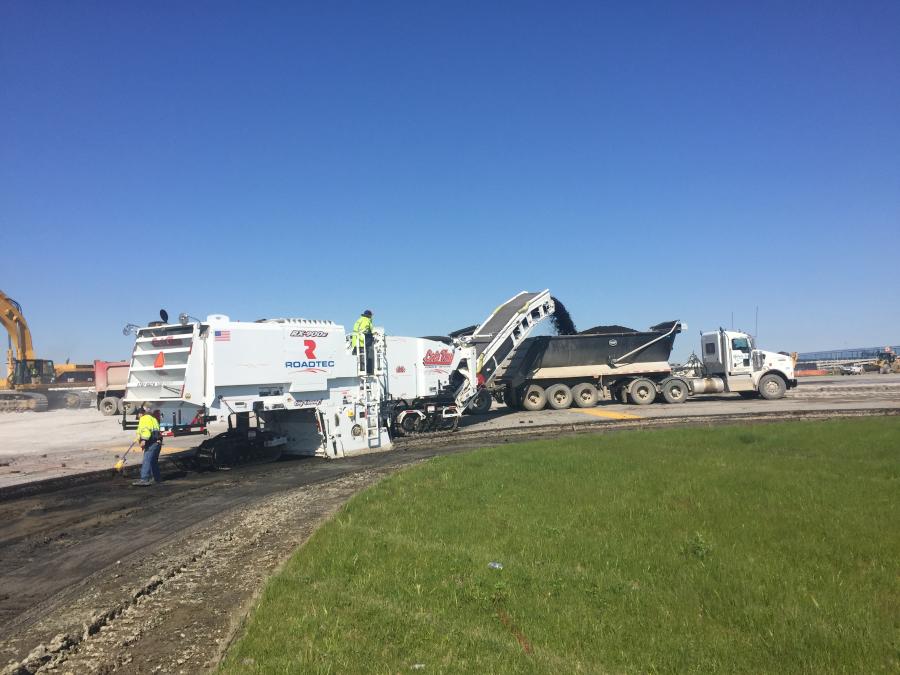 The $225 million runway that the Detroit Metropolitan Wayne County Airport (DTW) had added in 2001 had issues from the start. Expected to last 30 years, Runway 4L/22R had issues arise a mere three years later when cracks and flaws in the concrete required maintenance to restore the smooth landing surface. In fact, other concrete paved surfaces constructed in that time frame in Michigan and beyond had similar problems, as the Detroit Free Press reported.

After years of maintenance on the runway, the Wayne County Airport Authority decided it was necessary for a partial runway reconstruction of Runway 4L/22R and associated taxiways. The project called for replacement of the top layer of concrete and a small portion of HMA base under the concrete. The nearly 3.5 -ft. (1.1 m) thick structure is built in three layers — 17 in. (4.3 cm) of concrete, 9 in. (22.8 cm) of asphalt and 16 in. (40 cm) of crushed stone. The runway is substantial because it is almost 2 mi. (3.2 km) and it is where the jumbo jets, such as the Boeing 747 wide-body commercial jet airliner and cargo aircraft land.

Each of the four mills running on the job had its own three-person crew — a machine operator, supervisor and a ground support person. The milling machines were equipped with 3D machine control that was designed to provide precise cutting depth of the mill to minimize over-cutting. The system uses a 3D design model, a total station, and on-machine sensors to mill at a fixed or variable depth, depending on job specifications. The 3D design is displayed to the machine operator showing areas that are on, above, or below ideal grade. Comparing the actual drum position and slope with the digital design, the machine control system automatically guides the milling drum to cut the ideal depth and slope without string lines or manual adjustments.

For DTW there will likely be renewed confidence that 747 jumbo jets, which carry 416 to 660 passengers, depending on configuration, will be safely landing on its Runway 4L/22R air strip. —CEG