Developer Eyes What Would Be Biggest Wind Farm in Arizona 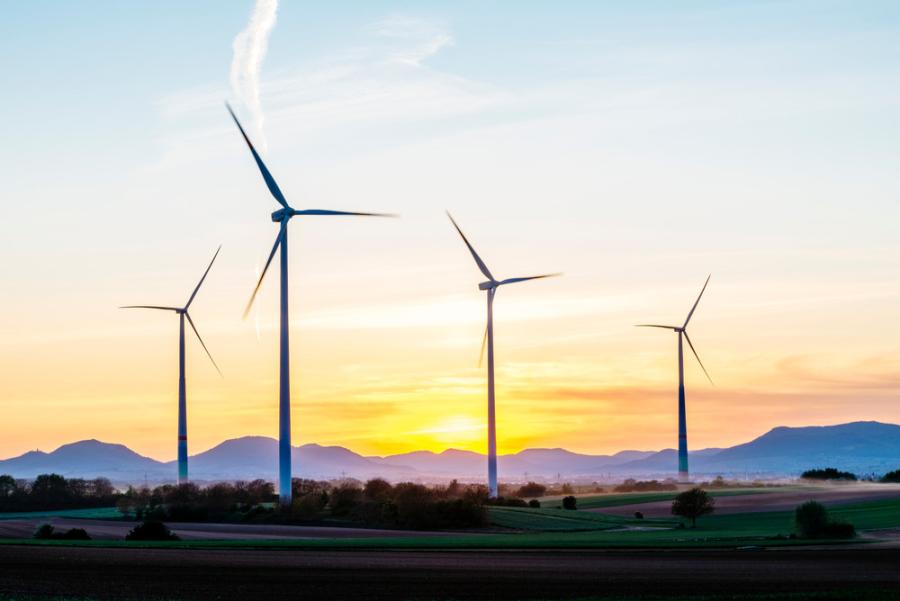 TUCSON, Ariz. (AP) A developer is exploring the potential for what would be Arizona's biggest wind farm on an expanse of high desert in Pinal County about 30 miles north of Tucson.

But the company's plan to erect up to 83 wind turbines at the site known as Oak Wells has already drawn opposition from local ranchers who say the wind farm would harm rangeland as well as the environment and native wildlife.

Oak Wells Wind LLC, an Arizona company set up by Boston-based Galehead Development, has been testing the winds with a test station set up in the area since last fall, has conducted initial studies on local bird populations and met with state and federal wildlife officials.

Galehead has partnered with Steelhead Americas, the North American development arm of Danish wind-turbine maker Vestas, to study the wind resource in a roughly 44,000-acre "area of interest.”

No decision has been made on moving forward with the wind project, which if built at a proposed capacity of up to 300 megawatts would be the largest in the state, a manager of the project said.

"At this point in time, we are still assessing the viability of a wind farm in the Oak Wells area, but we believe there would be strong interest if it is shown to be a viable area for development,” said Patrick Brown, a project development manager for Vestas.

That's not a certainty _ the wind-power potential for most of Arizona, including the vast majority of Pinal County, is rated poor or marginal.

While no buyer for the wind power has been lined up, Brown noted that Arizona Public Service Co., the state's biggest electric utility and the power provider in the Oak Wells area, plans to acquire 600-800MW of renewable energy over the next two years to meet a goal of supplying 100% renewable energy to its customers by 2050.

Oak Wells Wind's application for at wind test station was supported by a major landowner in the area, Tucson-based Anam Inc., which has run its cattle in the area for years and stands to reap lease revenue from the proposed wind farm.

In the early 2000s, Anam proposed a housing development of up to 28,000 homes on its Willow Springs Ranch land near the wind-farm site.

While the Oak Wells wind project is still in the exploratory phase, it already has attracted opposition from a group of local cattle ranchers.

In January, the Southern Arizona Cattlemen's Protective Association penned a letter to Oak Wells Wind and local and state officials, opposing the wind farm project on grounds it would threaten rangeland improvements crucial to ranching, as well as to local wildlife, including water developments, erosion-control structures and grazing management programs.

"We oppose such a large-scale project within our membership area,” said the group, which was founded in 1955 and represents ranching families in Pinal, Pima and Santa Cruz counties. "Many of the lands potentially affected within the project area are multi-generational ranches, some of which have been continuously operated for nearly 150 years under single family ownership.”

The ranchers' association said the rangeland improvements and grazing schedules will be impacted by the new access roads, construction sites and staging areas during construction of the proposed wind farm.

Association member Katie Cline, whose family has ranched in the area for decades, said the wind farm developer has included some private land in its project study area without consulting the landowners.

"That's why our hackles our super-raised right now,” said Cline, whose family currently runs about 350 head of cattle on the Flying UW and Haydon Combe ranches.

The cattlemen's association also says the wind farm would open the door to further development in the area, resulting in further loss of rangeland and harm to wildlife, noting that the project area is within the Pinal County Wildlife Connectivity Assessment that was created to support Pinal County's Open Space and Trails Master Plan.

The prospective wind-farm area is important migratory route &#8220for numerous large and small local and international wildlife species,” including desert bighorn sheep, the group said. The area also is habitat for the cactus ferruginous pygmy owl, currently proposed for a threatened-species listing, as well as the Sonoran desert tortoise, a protected species in Arizona and a candidate for federal "endangered” status.