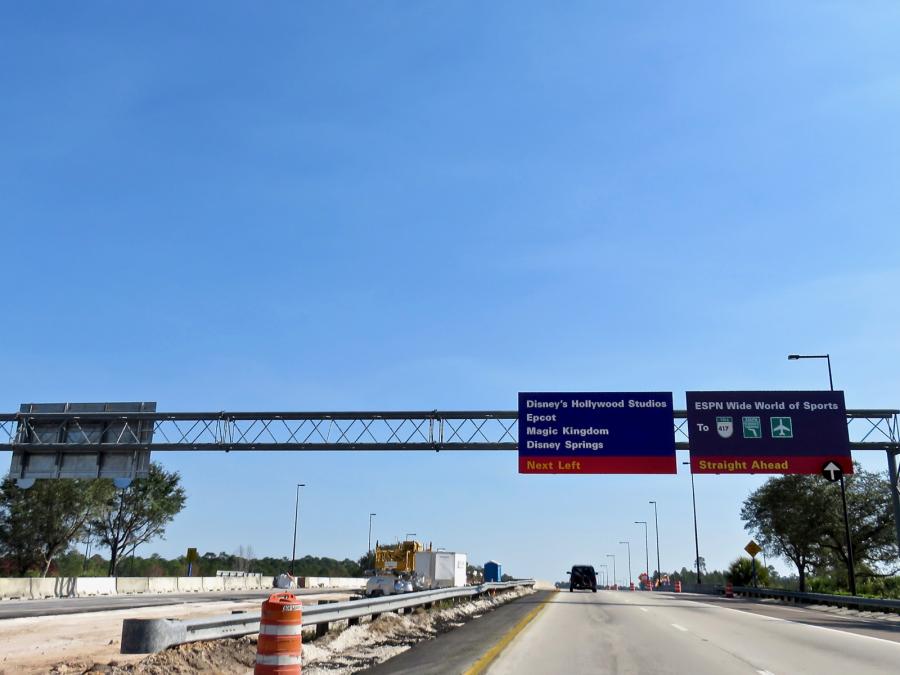 In past years, the district might normally handle $5 million to $10 million worth of projects, mostly maintenance or planning work, at a time.


With highly anticipated new attractions coming to Disney World in the next several years, a historically high volume of road construction is taking place to get the parks ready.

Reedy Creek Improvement District — the Disney-controlled taxing district that provides government services to the resort — is in the midst of nearly $800 million worth of road-construction projects that began in 2013 and continues through 2020.

In past years, the district might normally handle $5 million to $10 million worth of projects, mostly maintenance or planning work, at a time.

“This is very unique for us,” said John Classe, Reedy Creek administrator, adding the changes are intended to make it easier and faster for people to travel around the resorts and the parks. “We're busy.”

Among the projects include a new parking garage to be built at Disney Springs. The foundation work on the $107 million garage is expected to begin next month with it opening in 2019 to hold about 3,000 spaces on the south side of Buena Vista Drive across from the Lime garage.

The Orange and Lime parking garages were built in 2015 and 2016, adding nearly 6,000 spaces to the popular entertainment, dining and shopping area.

Classe said he was confident a third garage would improve the parking challenges at Disney Springs, which he said is worst during peak times and holidays.

As Star Wars land is set to open in 2019, Disney's Hollywood Studios will get a new entrance as part of a $196 million construction project on the Osceola Parkway interchange located between the theme park and ESPN Wide World of Sports.

The new access to the park is expected to open in fall 2018, although the entire work won't be completed until 2019.

Other construction projects include a $65 million World Drive north flyover near the Magic Kingdom entrance that is projected to open in the summer 2018. It is intended to ease congestion and simplify the route for those traveling to Magic Kingdom and the resorts, Classe said.

By the end of this year, a $96 million EPCOT Center Drive interchange project also is expected to be completed.

Reedy Creek issued bonds to pay for the construction and levies a millage on the district to pay off the debt service.