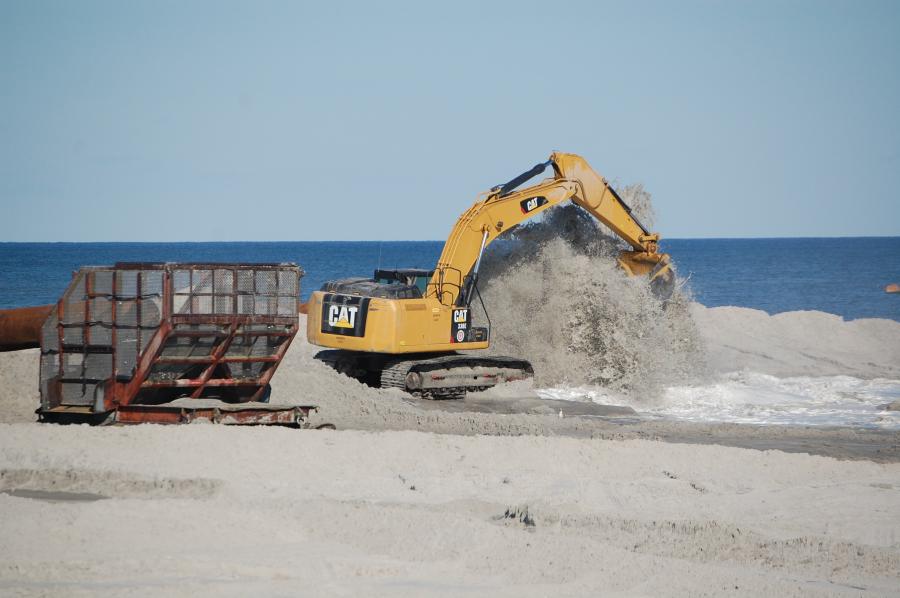 Officials in a shore town said their beaches are not open to New Jersey's plan to replenish sand during the summer.

"Once again, far-flung bureaucrats are placing the disruptive work from June 8 to July 12 and likely beyond," Landgraf wrote.

The $63 million project by the state Department of Environmental Protection and the Army Corps of Engineers is meant to reduce damage to 8.1 miles of beachfront. The Absecon Island project involves beach work in Atlantic City, Margate and Longport. In Ventnor, the project will raise dunes to 13 feet and create a 100-foot-wide wall.

Ventnor officials said they support the plan to replenish the city's beaches, just on a different time line. He cited conflicts such as concerts and Independence Day celebrations.

"It is important work, but so is the summer tourism season," Landgraf wrote. "We simply cannot allow one to jeopardize the other."

Larry Hajna, spokesman for the Environmental Protection department, said they cannot delay the project due to the fall hurricane season. He said the timing was affected by other work being done by the contractor, Weeks Marine.

"The project will move forward as scheduled and as expeditiously as possible," Hajna said in an email to Philly.com ( http://bit.ly/2pK9CRT ).—AP