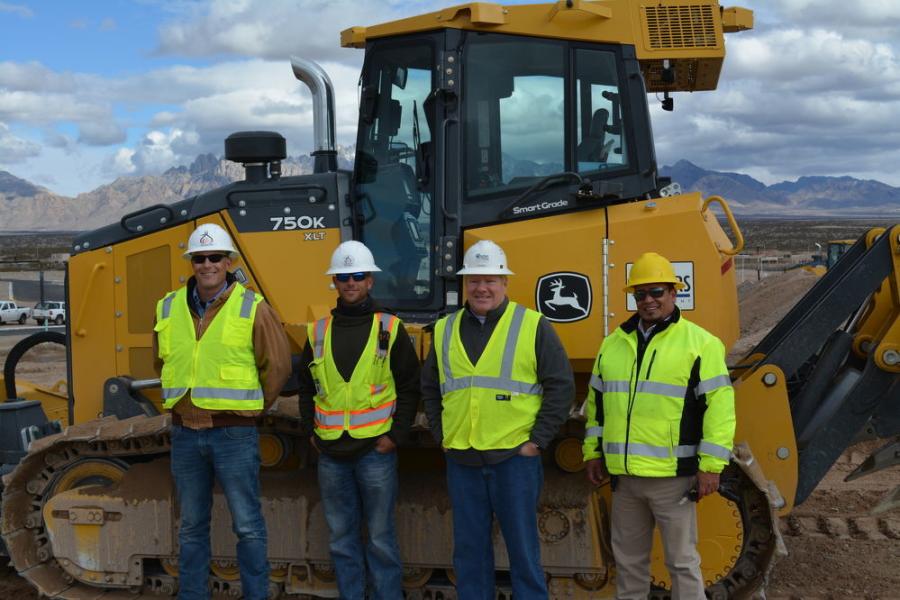 The partnership between Caliper and its equipment supplier, 4Rivers Equipment, is an important asset to the excavating contractor, which does business throughout New Mexico and West Texas. (L-R) are Caliper’s Jeremy McVay and Russell Mehan, along with Thad Bennett and Saul Garcia of 4Rivers.

During the great recession, while most American businesses were in all-out cost savings mode, one contractor in the desert southwest took another approach.

Ron Davis, owner of Caliper Construction in Las Cruces, N.M., saw 2009 as the right time to begin the transformation to GPS grade control technology on his fleet of excavating and grading equipment. That thinking about technology, at a critical point in his business, put Caliper Construction ahead of its competition where it remains today. 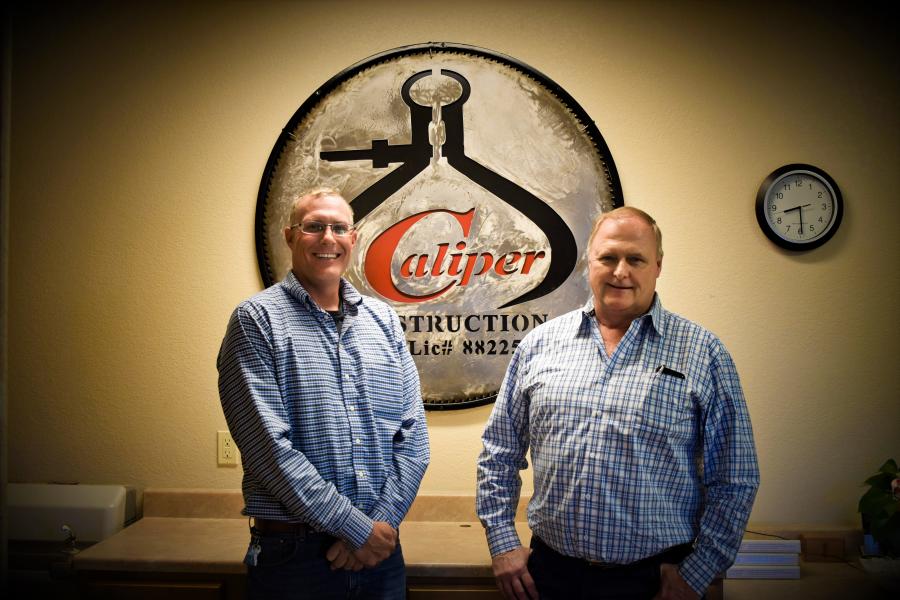 "It was not cheap," Davis recalled, "but we felt that with the right technology, we could double the output of a single machine. The recession drove us to this decision. We had to get aggressive with our bids in order to get a job. We learned how to get efficient. This evolved from that. How we needed to do more for less. Equipment prices were going higher, so we had to maximize what we could get out of a piece of equipment."

John Deere machines equipped with Topcon GPS technology helped do just that, but not without some growing pains in the early years, according to Caliper Vice President Jeremy McVay.

"We could not have done it without 4Rivers Equipment," McVay said. "In the early days, we'd lose signal a lot. Building the 3D model was a learning process as was getting the machine to read the model. But we'd always call 4Rivers and they were always responsive."

Educating customers, and even inspectors, about GPS technology was an important transitional aspect, as well.

"The first subdivision that we graded without staking, the developer was very nervous," Davis said. "But when they checked our work, we were within a quarter-inch of grade wherever they checked. It didn't take long before they were a believer."

Davis also remembers the time when an inspector "flipped out" because she did not see any blue tops when she visited the site. After seeing the results of the work, she became a believer.

Growing pains aside, results have been worth it. So much so, all of Caliper's 28 dozers and motorgraders are equipped with GPS and machine control. 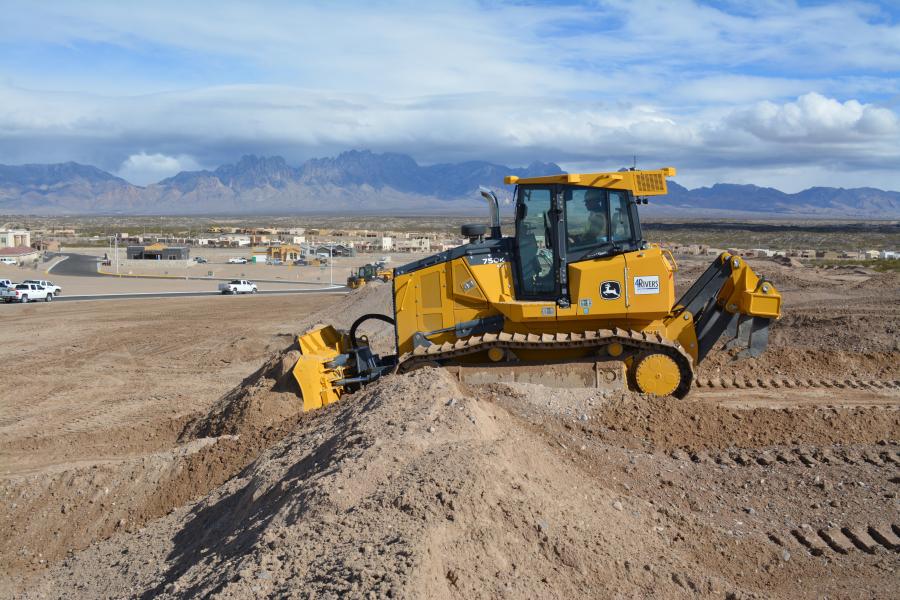 "Back when we had to stake out a site, the machine was down whenever we were staking," Davis said. "We never have to put surveyors back out on the job. If we're doing a parking lot without GPS, we have to shoot grade, blue top everything and then start the dirt work. With GPS, we cut the subgrade, cut base course and then pave. There are no man hours going in to setting grades. I think 30-percent savings in man hours would be a conservative estimate.

"With the models, we're more accurate and that allows us to bid on actual numbers," McVay added. "If we took away this technology, we'd need at least two or three more surveyors on every job. When we're done, the lines are dead on."

"We'd sure cry if you took it away," Davis and McVay agreed, who added that "if you work in the White Sands missile range, like we do sometimes, you don't just go wandering through the desert as if you were blind. With our models, we know exactly where we are going."

Important to note that John Deere builds an open platform, which means, in addition to Topcon, Trimble or Leica also can be used — it's not captive to a single technology.

Taking a Bite Out of Operating Costs

Beginning in 2018, Caliper started the transition to fully integrated GPS and machine control. With the help of John Deere and their dealer, 4Rivers Equipment, Davis believes he can slice operating costs even further.

"We're excited about the new machines Deere is coming out with where the technology is integrated," he said. "We won't have to replace masts any more (at a cost of $800 each). We've replaced masts as many as five or six times on a single machine with the current technology." 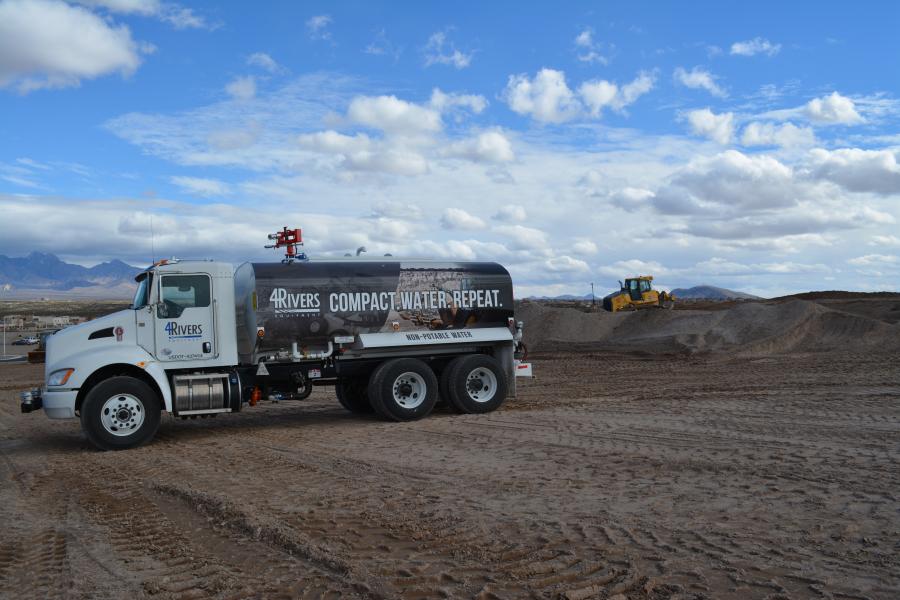 4Rivers Equipment supports Caliper's equipment and has been invaluable in the company's conversion to grade control technology, according to Jeremy McVay, Caliper vice president.

Thad Bennett, 4Rivers branch manager in nearby El Paso, Texas, said there is less set up time with the integrated machines.

"With the older technology, you have to take mast, antennae and cables down each night and put them away in the shop. The next morning, they have to be reinstalled."

Davis pointed out that his insurance company required all components be locked up at night. With the integrated machines, all components are secure and do not require daily disassembly.

"Technology is always evolving," McVay said, "and fortunately for us, Deere was the first manufacturer to come out with a smart dozer, and now is the first to offer a smart grader."

Maintenance costs are expected to be reduced, as well. Bennett pointed out that there are no longer any exposed cables, and as a result, there is less vibration and exposure to the weather. Also, it's safer: no climbing around the machines on rainy days.

Caliper also employs JD Link telematics on all of its machines. The technology allows the company to know where each piece of equipment is at all times. It also tracks the machine's health, according to Bennett. "It monitors fuel burn, sends codes to both the end user [Caliper] and to our branch. We know if there is a problem with a machine at the same time Caliper knows."

Saul Garcia, the 4Rivers representative assigned to the Caliper account, takes it a step further.

"I review my customers' codes monthly," he said. "We give a code for the machine, but also for each operator. We can tell a lot about the operators and identify the strong ones. The customer can learn from it and make adjustments and offer training when appropriate."

Other benefits of JD Link, according to Caliper and 4Rivers include:

(4Rivers offers and supports JD Link along with grade control technology, through its brand 4Sight Solutions.)

James Gatlin is a surveyor who builds the 3D models at Caliper Construction.

He observed that the technology has enabled Caliper to take an average operator and make him a very good operator.

"The learning curve for operators is very user friendly," he said.

4Rivers' Bennett agreed and said that Caliper's level of technology allows the company to attract a higher caliber operator than some of its competition. 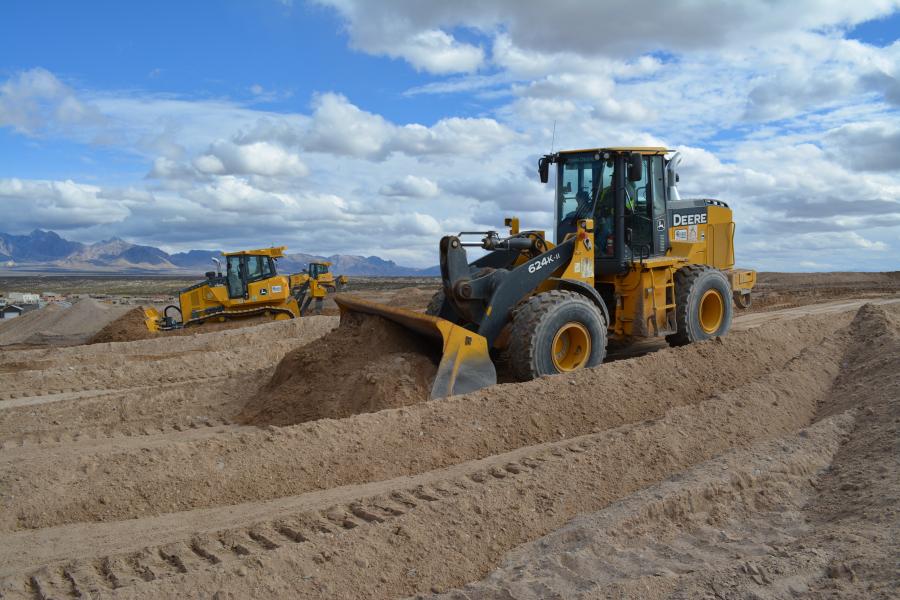 Despite the technology aspect, which with any tech sometimes can be perceived as cold and robotic, a very old-fashioned, yet important, human element is still an integral part of all this: for example, the partnership that Caliper enjoys with 4Rivers. Synchronicity and communication between Caliper and 4Rivers folks, especially with Thad Bennett and Saul Garcia, is a must. "We are all about the partnership," said Bennett.

McVay added, "there's a lot of depth on 4Rivers bench and we appreciate and respect that."

The future remains bright for Caliper due to its embrace of technology.

Caliper Construction is a Las Cruces, N.M., excavation contractor licensed in all of New Mexico and West Texas. The company specializes in quality earthwork, site development and infrastructure projects with a dedication to complete customer satisfaction. In addition to commercial developers, its clients include the U.S. Border Patrol and White Sands Missile Range. Caliper employs approximately 50 people.