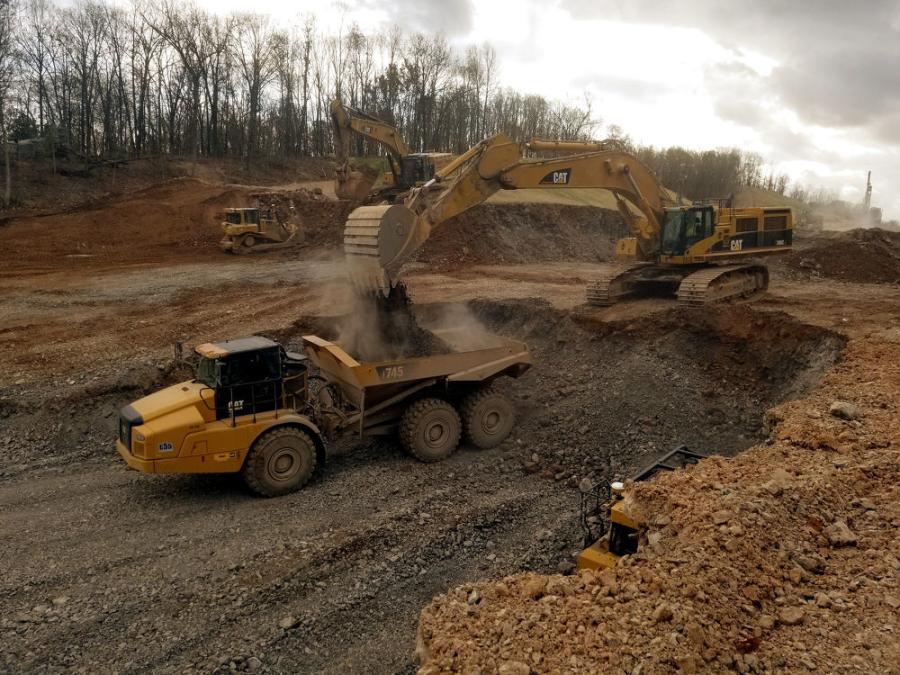 Crews are working six days a week on a $70 million project that will complete the final 5 mi. of I-49 in Missouri between Pineville and the Missouri/ Arkansas border. When the I-49 Connector is completed, I-49 will stretch 290 mi. between Kansas City, Mo., and Fort Smith, Ark.

"This is the last leg of Interstate 49 to be completed in Missouri," said Steve Campbell, southwest district engineer, Missouri Department of Transportation (MoDOT). "Its completion will remove a freight and commuter bottleneck that has existed at the Missouri/Arkansas border for several years. It will increase the safety of the corridor and shorten travel times for through traffic. This project has been on our list for many years, but funding has only recently become available." 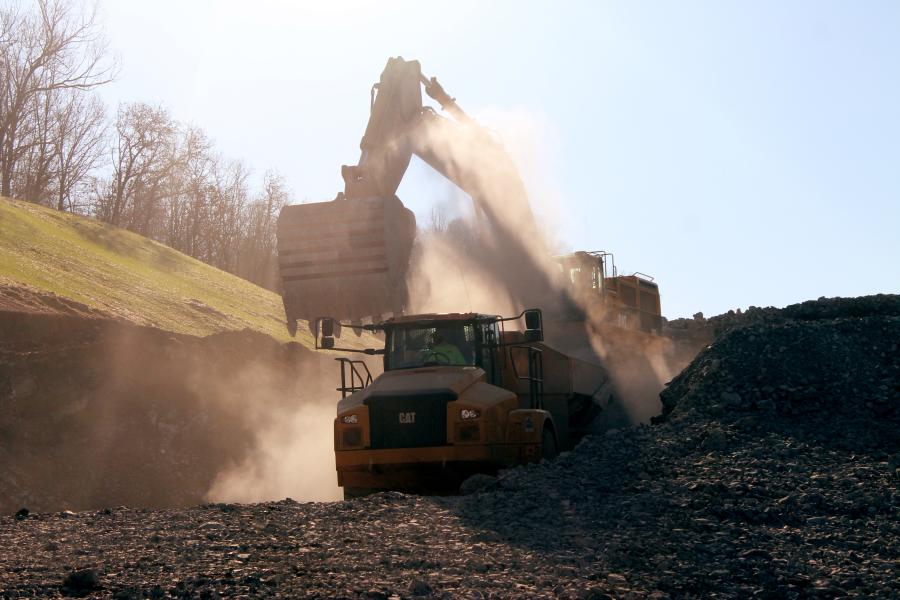 "Relocation jobs with large amounts of grading and bridges are very expensive. The BUILD Grant allowed this project to achieve the necessary funding to become a reality."

The ongoing construction will relocate the four-lane divided highway to the west of existing Route 71. The new roadway will meet interstate standards with access only at interchanges.

"The total I-49 corridor stretches from Alberta, Canada, to Shreveport, La.," said Campbell. "The current U.S. Route 71 roadway at the Missouri/Arkansas line is a noticeable gap that will be addressed with the I-49 Connector project. This segment of I-49 also provides an alternate route around congested U.S. Route 71.

"I-49 forms a vital North-South connection that benefits several states. It not only will improve the freight corridor, but provides more efficient travel for commuters and recreational travelers."

Completing the final miles of I-49 in Missouri between Pineville and the Missouri/Arkansas border involves earthwork, construction of bridges and concrete paving. Relocating the four-lane divided highway to the west of existing Route 71 includes 236 acres of tree clearing; 1,300 ft. of large triple-box drainage culverts; more than 9,300 ft. of smaller drainage culverts (5,100 ft. of box culverts and 4,200 ft. of pipe culverts); and a single-span bridge that's 83 ft. long, with MSE wall abutments to carry I-49 northbound over U.S. Route 71 southbound. 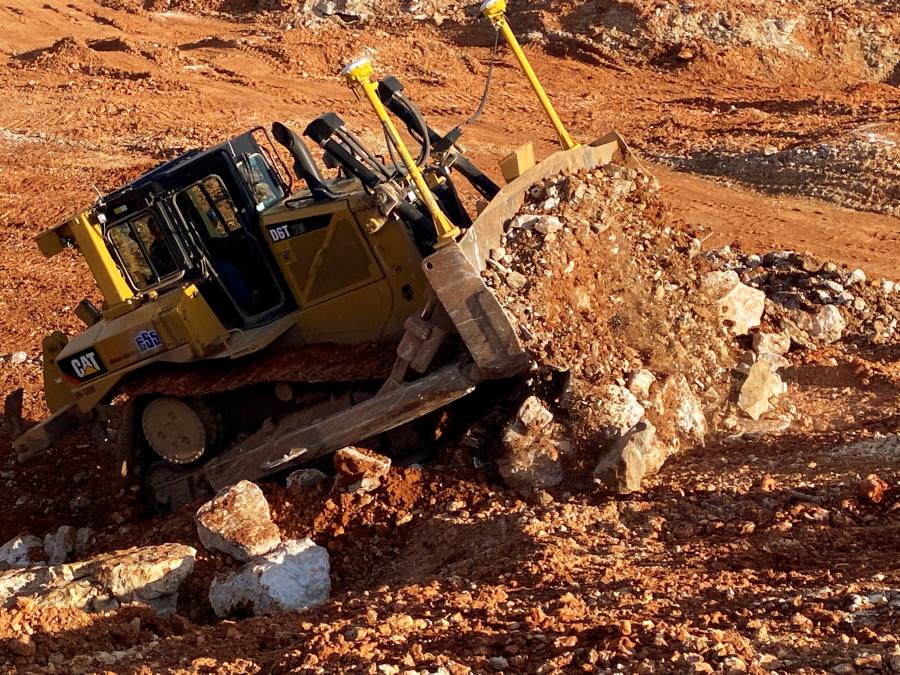 "The greatest challenge would be meeting the aggressive schedule as set in the contract," said Campbell. "Emery Sapp & Sons Inc., the prime contractor, is dedicated to meeting the deadline and has many crews working day and night. With this aggressive schedule, it requires a high level of communication at all times, and that our construction inspectors be very flexible as new schedules arise.

"Varying field conditions also have proven challenging, such as rock elevations varying from the planned elevations. Our team of engineers, geologists and inspectors must quickly work with the contractor to address the differences by taking actions that could include exploratory drilling or creating new cross sections based on the data we find.

"The project is on schedule and running smoothly. To date, the majority of the work has involved moving earth. During the construction of the ‘high fill' areas, several structural boxes were required for drainage under the new interstate. We also are focusing on the new bridge where I-49 will cross under Missouri Route 90. The bridge at this interchange will be supported by two mechanically stabilized earth walls. The girders have been set and are in place, and preparations are being made to pour the concrete."

The majority of the earthwork and the drainage structures have been completed. The main items remaining include the completion of the bridges and 5 mi. of concrete paving.

"The majority of the project involves moving earth," said Campbell. "Concrete and steel would account for the majority of the materials being brought into the project, including concrete for five miles of paving and concrete/steel for the structures, which include MSE walls and bridges.

"Excavation has progressed quickly. The contractor mobilized some of the largest excavation equipment made onto the construction site. It's estimated there will be 3,648,900 cubic yards of unclassified excavation and 3,558,810 cubic yards of compacting embankment." 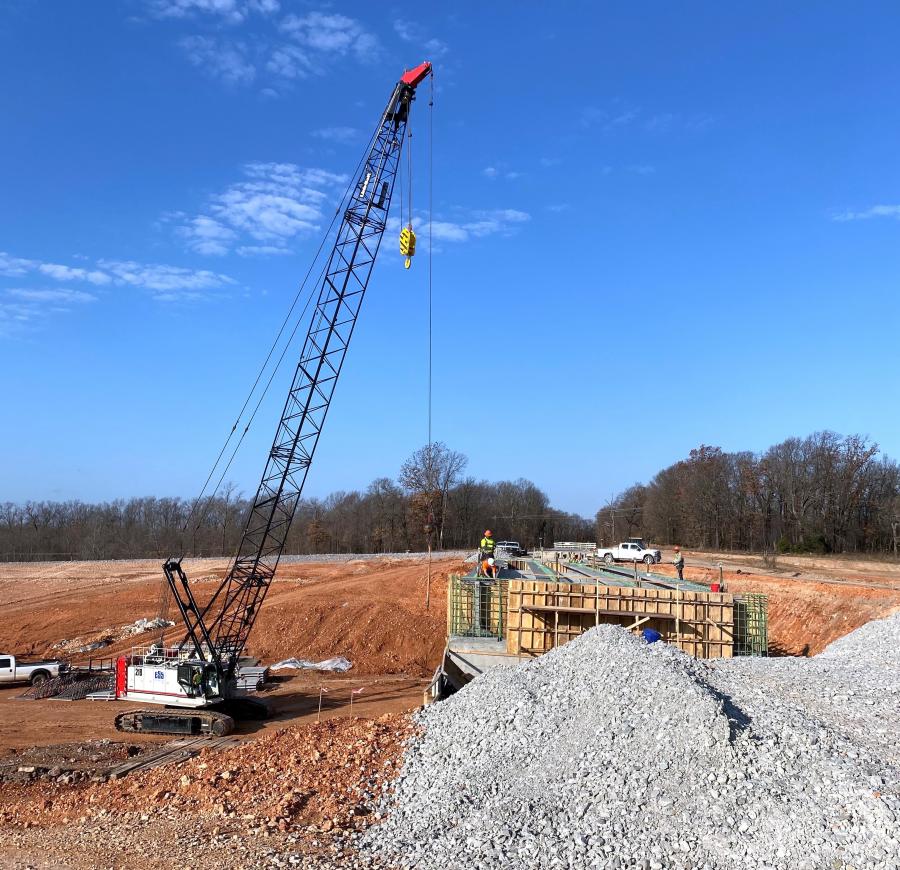 Before work began, the majority of the land was timber. Prior to disturbing the site, environmental clearances and subsurface investigations were performed. Before construction of the road, erosion control devices were installed and the timber was cleared.

Campbell noted that MoDOT is working with the Arkansas Department of Transportation to complete the project.

"We have a very good relationship with our neighbors to the south," said Campbell. "They also have a couple of projects under construction that, together with our project, will complete the corridor. I believe both states are focused on improving the safety of the region and completing the interstate. Our construction team has worked closely with them throughout the project."

As for the effect on area motorists, said Campbell, "In Missouri the impacts have been minimal, because this is a relocated corridor. We have a detour for Missouri Route 90, and we also used rolling roadblocks during blasting operations to close I-49. All of that went very well. Motorists are handling it well."

According to Campbell, MoDOT has been working on the I-49 corridor since the early 1990s.

"The expense of these types of projects is high, and therefore, very difficult to fund in addition to our asset management needs. It can be costly to maintain the assets we have and keep them in their current condition, which can move large expansion projects further down the priority list due to funding constraints. I am thrilled that we found a way to deliver this project, because I know how beneficial it will be in so many ways."