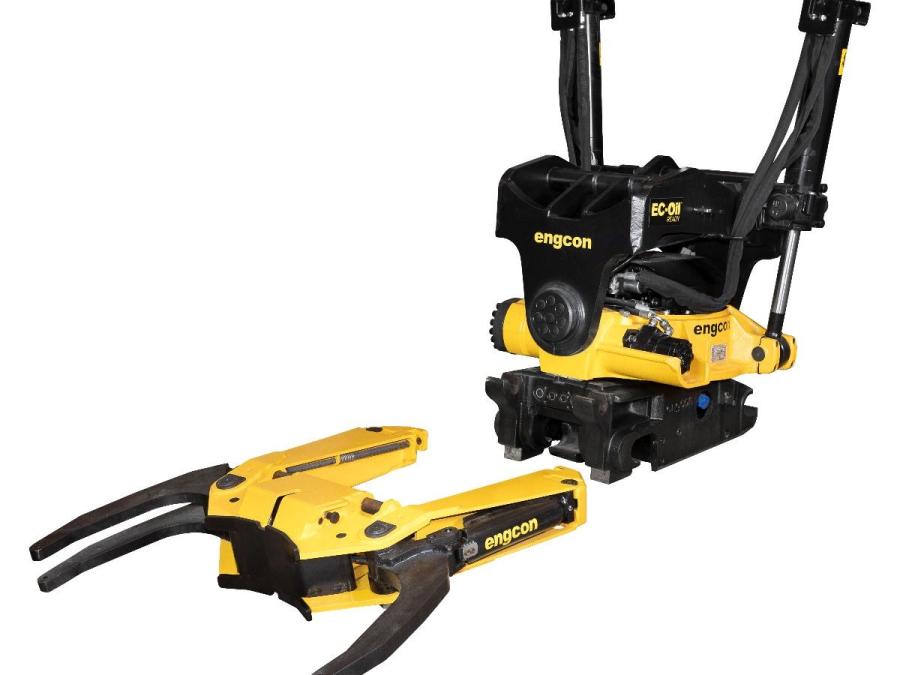 Engcon has launched production of the GRD70 grab cassette.

Engcon has for some time been alone in producing a unique type of grab cassette. With a simple maneuver that requires no screwing or manual connection of hydraulics, the excavator operator can connect or disconnect the grab cassette in less than one minute, according to the manufacturer.

Next in the Series

Now it's time for series production of the GRD70 grab cassette for Engcon's biggest tiltrotator, the EC233, and the Q-Safe 70 quick hitch. It will be a powerful grab with the gripping force of 2.4 tons (2.2 t) and grab width of more than 3 ft. (.9 m).

The EC233 with the GRD70 grab cassette will be available in the United States and Canada in July 2019.

Grab cassette for the EC233 with the QSD70 quick hitch