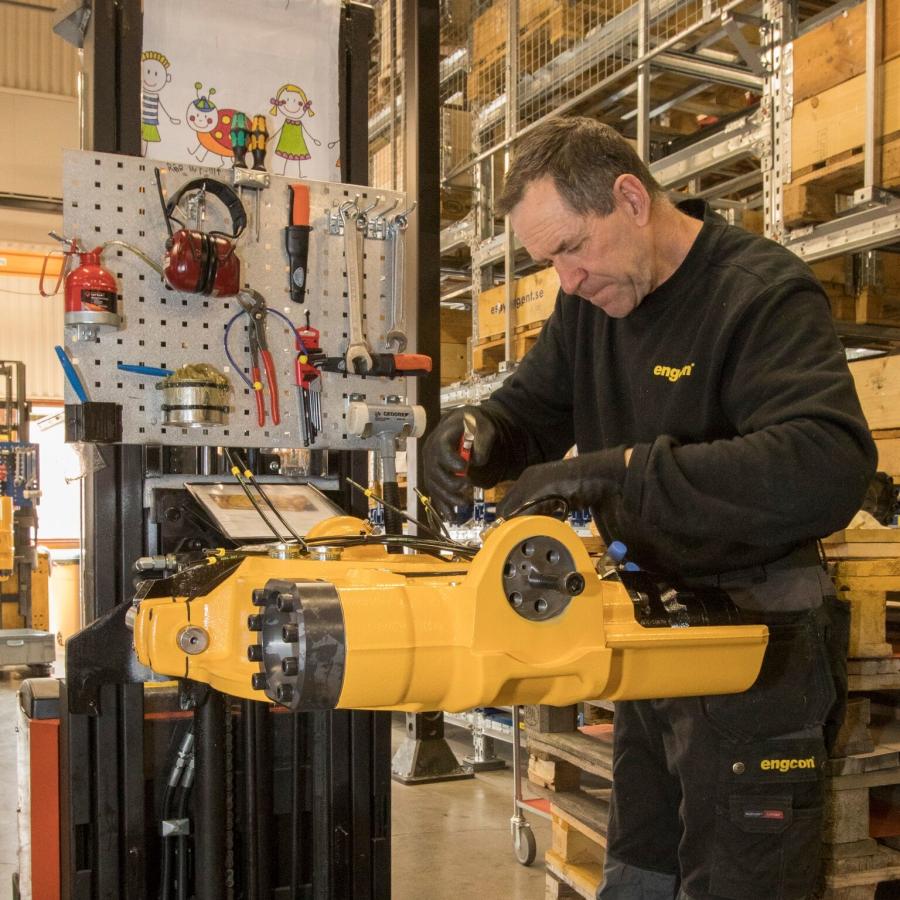 Engcon, manufacturer of tiltrotators for excavators, recently opened another factory in Strömsund, Sweden the company's headquarters. Underpining investment in the new factory is the need to meet increasing demand for Engcon's products as well as a drive to reduce delivery times.

Stig Engström praised his staff for maintaining delivery times in the face of record sales. He also said that the additional capacity provided by the new factory would allow the company to meet continued growth, especially now that the company is opening a US office in June and anticipates increased North American sales.

Anders Jonsson, Head of Assembly at Engcon's factories in Strömsund, commented, "The new factory means we can be one step ahead before customers even place their orders. We will be able to offer even shorter delivery times, especially for larger volumes of our standard products," he says.

The new plant and recent sales growth have resulted in the recruitment of additional staff and will probably mean further new jobs in the future.

Concluding his speech, Stig Engström said, "Our growth rate speaks for itself; the increase in production space and staff won't stop here!"