The combined-cycle, natural gas-fired plant has an estimated cost of $869 million. 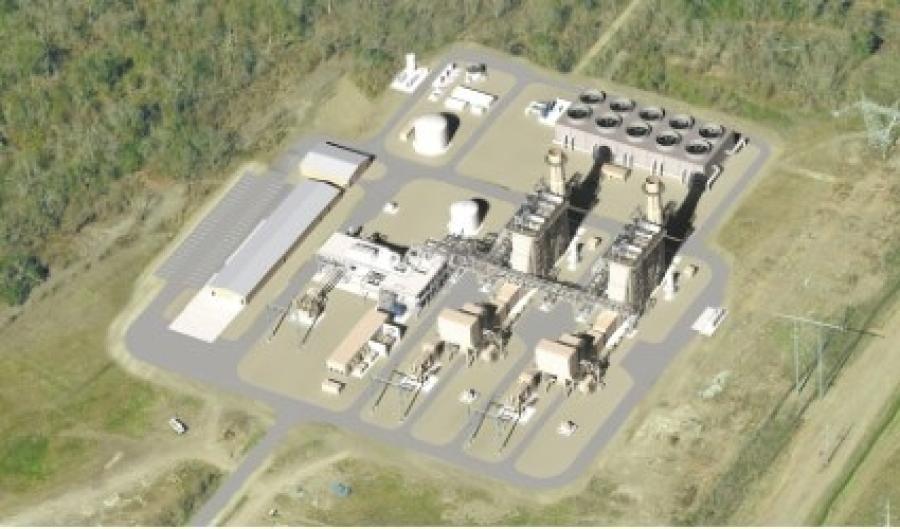 Officials with Entergy Louisiana say that customers have moved a step closer to saving millions in fuel costs with today's ceremony formally kicking off construction of the St. Charles Power Station.

More than 100 people, including Gov. John Bel Edwards and other state and local officials, joined Entergy executives and employees at the groundbreaking for the combined-cycle, natural gas-fired plant. The plant's estimated cost is $869 million, including transmission and other project-related costs. It is expected to enter commercial operation by June 2019.

Executives say the plant will be one of the cleanest and most efficient fossil units in the Entergy Louisiana generation fleet. Customers are projected to save more than $1.3 billion over the anticipated 30-year life of the plant. Compared to Entergy's older gas-fired plants, combined-cycle units like the St. Charles Power Station will on average cut carbon dioxide emissions by approximately 40 percent.

"Our economy and our way of life in Louisiana rely upon dependable, affordable electricity," Edwards said. "Not only is Entergy one of our most important corporate employers, with headquarters in New Orleans, Entergy supplies more power to customers in the state of Louisiana than anyone. After a long, constructive process with our Public Service Commission, Entergy Louisiana is moving forward with this highly efficient power plant project that will benefit customers across the state. We're excited to support them in providing more power to our people, in a more efficient way than ever before."

Leo Denault, chairman and CEO of Entergy Corporation, said, "This project is an excellent example of how Entergy's commitment to modernize our infrastructure will benefit customers. Not only is the plant expected to produce significant customer savings over the long term, but it will add another highly efficient resource to our generation portfolio, which ranks as one of the cleanest in the country."

Phillip May, president and CEO of Entergy Louisiana, said, "This state-of-the-art plant is an investment in the future of Louisiana. The St. Charles Power Station will supply the clean, reliable energy required to satisfy customer demand and continue growing the state's economy, and it will create much-needed jobs for Louisiana residents during its construction."

May added, "This project would not be possible without the foresight of the Louisiana Public Service Commission, the civic and community leaders of St. Charles and St. John the Baptist parishes, and the support of many other groups and individuals. The construction phase of this plant will be an economic shot in the arm to this region and the rest of Louisiana."

State leaders say the economic impact from the construction of the plant will be felt across Louisiana, but the effect will be largest in St. Charles and St. John parishes, according to an analysis by Louisiana economist Dr. Loren Scott.

The two parishes will see $973 million in new business sales and $198 million in new household earnings during the construction phase, according to Scott's analysis.

At the peak of construction, there will be more than 700 people employed directly on site. Once complete, the plant is expected to employ 31 people full-time.

Entergy Louisiana has selected CB&I as the engineering, procurement and construction contractor for the St. Charles plant. CB&I, which employs more than 7,000 Louisiana residents, will work in conjunction with an Entergy management team on the project.