A supervisor of Kolberg-Pioneer Inc. has been honored with the Patriotic Employer Award for ongoing support of servicemen and women in the National Guard and Reserve Force.

Ryan Newman (L) was nominated by Kyle LaCroix for the Patriotic Employer Award.

A supervisor of Kolberg-Pioneer Inc. (KPI-JCI and Astec Mobile Screens) has been honored with the Patriotic Employer Award for ongoing support of servicemen and women in the National Guard and Reserve Force.

Ryan Newman, director of parts of KPI-JCI and Astec Mobile Screens, was individually recognized for providing outstanding support to a member of the National Guard or Army Reserve by the South Dakota Employer Support of the Guard & Reserve (ESGR) organization. Newman was nominated by Kyle LaCroix, an outside parts sales representative and a sergeant in the 960th Quartermaster Company of the Army Reserves.

LaCroix, who has worked for the company since March 2014, said he appreciates working for an employer that makes it easy for him to serve his country while finding success in a civilian job.

“It means so much to have a supportive employer, as well as a manager like Ryan Newman,” LaCroix said. “I know it can be difficult to allow an employee to take off two weeks in the summer with no replacement, but Kolberg-Pioneer has been completely understanding of my military obligation. I also understand that when I’m gone, it places a larger workload on my colleagues. Rather than complain, they show their support by texting me and asking how I am doing and how my training is going. I can honestly say a supportive employer is just as important to our nation as the soldier himself.”

Newman said he was honored to be recognized as a Patriotic Employer, and values the unique skill sets servicemen and women bring to the company.

“Kyle has been an exemplary employee, and the skills he brings from his military service — such as leadership, responsibility, pride in his work, discipline and professionalism — are invaluable to the company,” Newman said. “We are proud to support him as he serves our country and are glad to go above and beyond what is required to support our men and women in th¬e military.”

This is the fourth time Kolberg-Pioneer Inc. has been honored with the Patriotic Employer Award by the South Dakota ESGR. The company was last recognized with the award in 2013, when Mechanic Wade Peterson nominated Maintenance Supervisor Randy Blunck.

Kolberg-Pioneer Inc. employs 63 men and women who have served or are currently serving in the military. Kolberg-Pioneer Inc. is one of three manufacturing companies that make up KPI-JCI and Astec Mobile Screens. KPI-JCI and Astec Mobile Screens is a worldwide leader in manufacturing equipment for the aggregate, construction, mining and recycling industries.

The ESGR is a Department of Defense organization that was established in 1972 to promote cooperation and understanding between Reserve component members and their civilian employers.

To learn more about the Employer Support of the Guard and Reserve Organization, visit www.esgr.org. 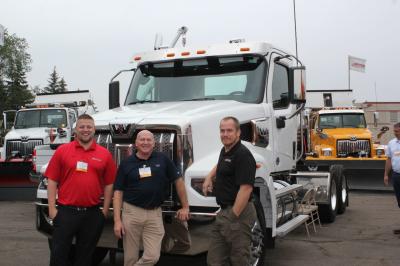 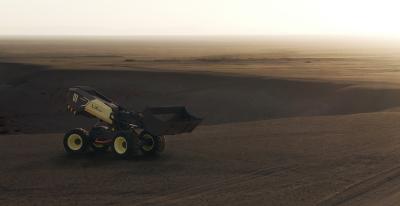