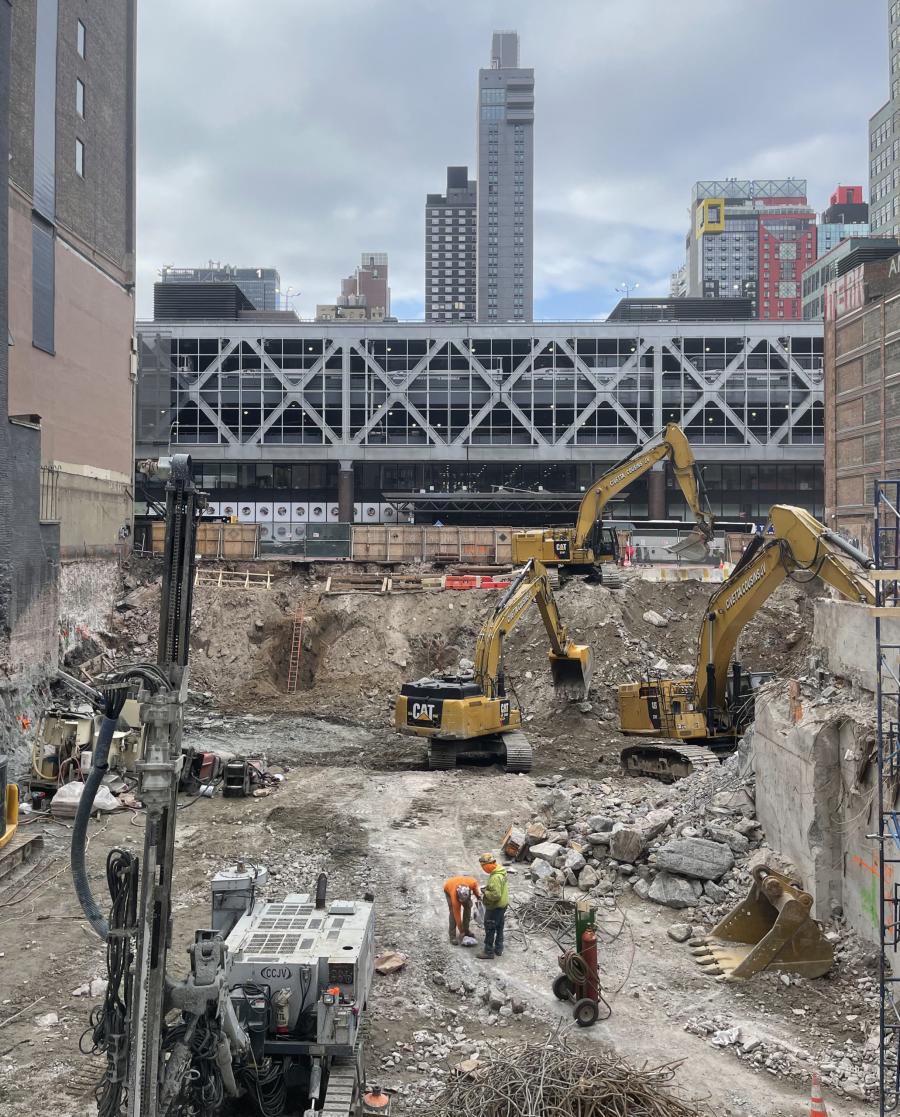 Excavators are busily carving out space below ground for foundations of a new two-building residential development at 308 West 43rd Street in midtown Manhattan.

The 373,133-sq.-ft. development is designed by Handel Architects, headquartered in New York City, and developed by Taconic Partners under the 311 West 42nd Street Associates LLC.

Manhattan-based Triton Construction is serving as the general contractor for the property, which is located between West 42nd and 43rd streets, and Eighth and Ninth avenues, directly north of the city's Port Authority Bus Terminal.

The new building is in the Hell's Kitchen neighborhood, just west of New York's main business district where large-scale redevelopment has been strictly zoned by rules to protect the neighborhood's residents and its low-rise character.

The shorter building lining West 43rd Street will span 89,808 sq. ft. and top out at just seven stories. These two structures will be joined by a podium with frontage along both West 42nd and West 43rd streets.

YIMBY reported Jan. 10 that since its previous update on the project last spring, demolition of the office structure has been completed, along with the removal of an open-air parking lot. Just recently, excavation has progressed deep below street level, where numerous pieces of heavy equipment can be found digging and lifting large chunks of rocks and earth.

According to the online news source, expectations are that the reinforced concrete foundations will begin to be installed in the upcoming months.

A full rendering of the structure has not yet been released, although YIMBY reported what has been revealed shows an edifice clad in brick and featuring a staggered, irregular window grid. The roof will accommodate an open-air deck with planters, seating, and an unspecified recreational area.

308 West 43rd Street is planned to be constructed in a single phase over the course of three years, and YIMBY predicts completion to occur in 2024. 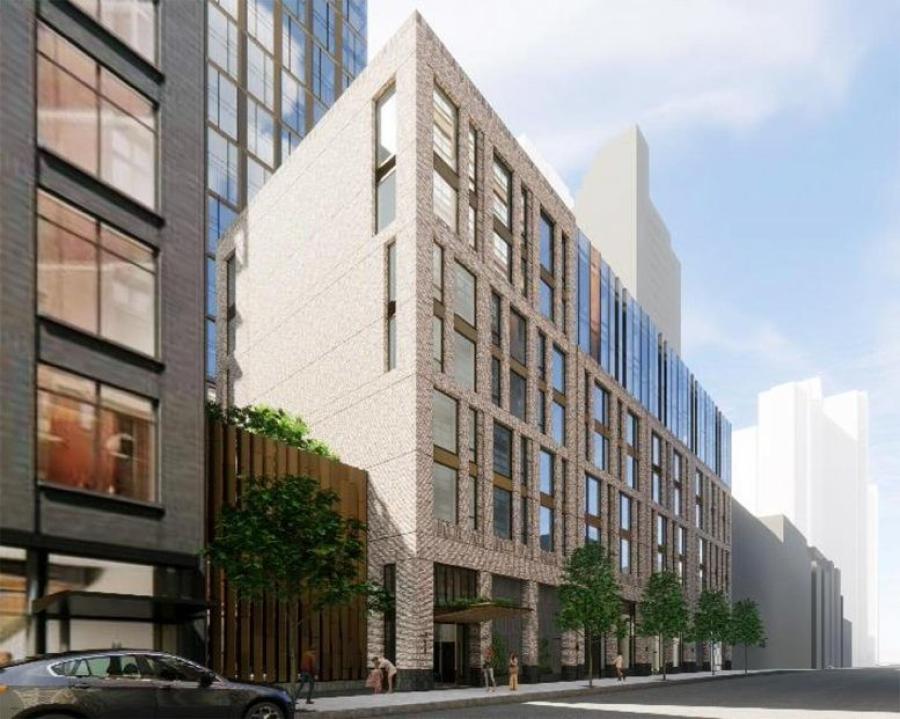