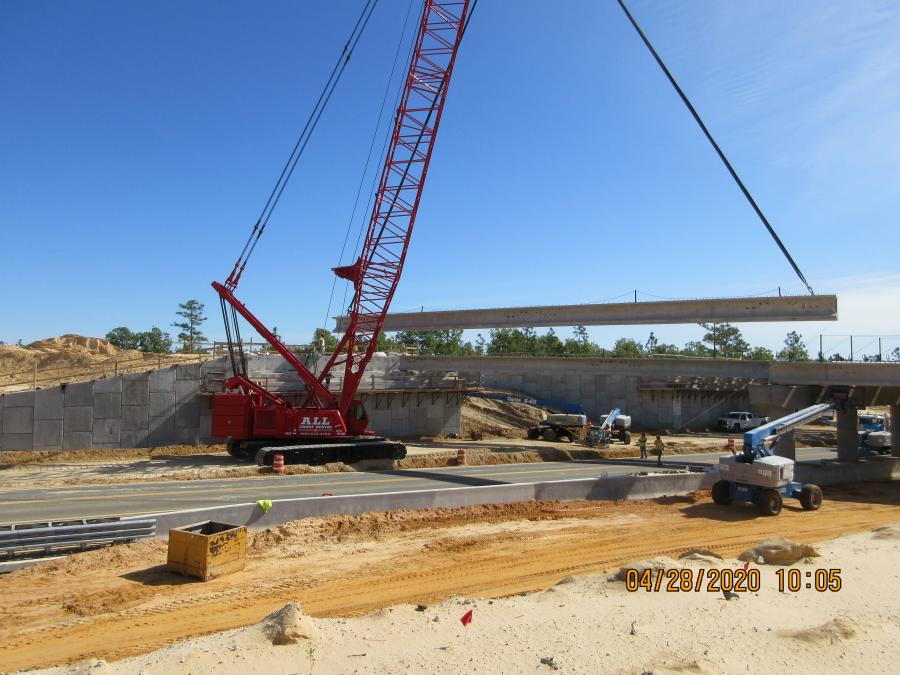 The bridges were constructed with Florida I Beams varying in size from 36 in. to 63 in. (Florida’s Turnpike Enterprise photo)

Despite encountering two sinkholes and relocating close to 600 gopher tortoises, crews in Florida remain on schedule as they work on a $135 million undertaking known as the Suncoast Parkway 2 (Phase One) project. The work extends the Suncoast Parkway by 12.7 mi. from U.S. 98 to SR 44 through a four-lane limited-access toll facility serving travelers along Florida's Suncoast Region north of Tampa. 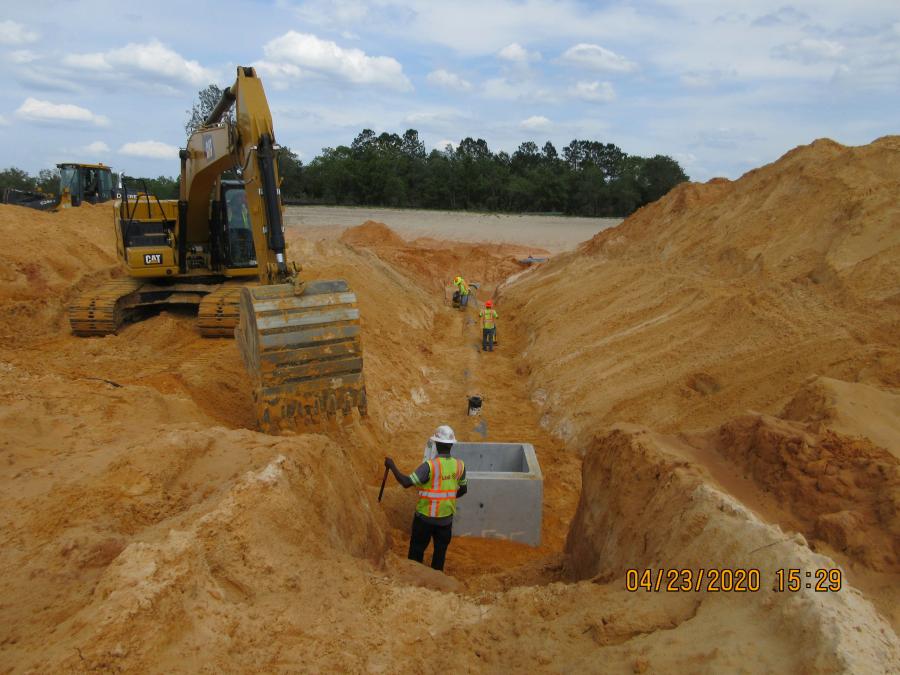 The Suncoast Parkway 2 is expected to carry an annual average daily traffic volume of 12,700 vehicles per day in the year 2030. Starke noted that the current construction has minimal impact on motorists.

"Road closures and detours, mainly for bridge work, have been done at night. Construction phasing for the interchanges has allowed the contractor to build the project while maintaining traffic. The project team worked with Citrus County to perform intermittent flagging operations on the local, two-lane roads during non-peak hours.

The project site was mostly undeveloped, and the department followed standard right-of-way processes. Prep work consisted of several months of clearing and grubbing trees and debris so the roadway embankment work could begin.

The project incorporated several environmental features, including approximately 81,000 linear ft. of 10-ft. black vinyl wildlife fence with barbed wire at the top and .25-in. x .25-in. wire mesh at the bottom to exclude burrowing and small wildlife from entering the right-of-way. Four oversized wildlife culverts and one wildlife bridge have been constructed to facilitate movement of small wildlife and 24 new kestrel nesting boxes will be installed throughout the project corridor. The project also provides a 12-ft. fire break adjacent to state lands with multiple access points for the Florida Forest Service.

One of the biggest challenges of the project involved the earthwork movements and keeping the roadway grades accurate. Equally important was preventing wind erosion during the dry season. The contractor had several water trucks on site, continuously watering the material to minimize blowing sands from leaving the project.

The majority of the project site was heavily-wooded prior to construction. Access to the project limits was challenging, especially for heavy construction equipment, until the areas were cleared and access/haul roads were stabilized.

Constructing more than a dozen bridges was no small task, according to Starke. 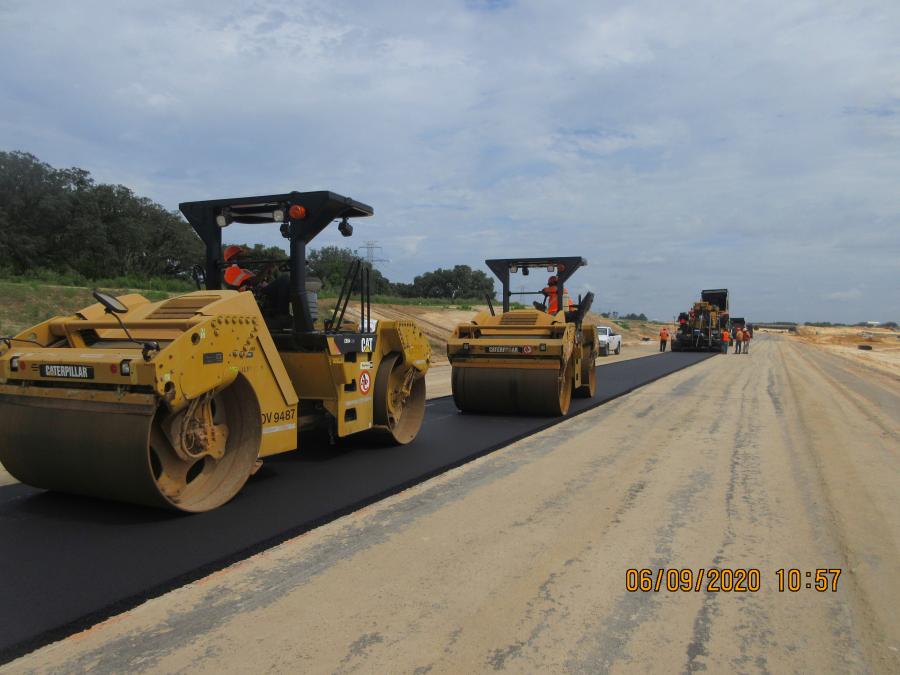 "The contractor's specialty crews worked on these bridges sequentially. When the foundation crew finished at one bridge, it moved to another, and another crew came in to take on step two of the bridge's construction process. They did this with multiple teams, strategically and methodically to complete all 15 bridges. This undertaking required continuous communication between all members of the project team, from vendors to designers to contractors to inspectors."

Twelve of the bridges were designed and constructed with corral shaped traffic railing/barrier in order to stay consistent with the aesthetic of the existing Suncoast corridor. The details of this barrier wall made it more labor intensive than standard traffic railing/barrier wall. To meet pedestrian design requirements, the Suncoast Trail bridge consisted of a series of cast-in-place flat slabs and a landing on the south side of the bridge. Due to the varying soil parameters within the project limits, it was imperative to ensure the bridge piles achieved the required design capacity.

All 15 bridges have been completed, along with roadway embankment and drainage ponds. Approximately 9 mi. of the 13-mi. roadway has been paved with structural asphalt. The significant work remaining includes the completion of the two tolling facilities and gantry trusses, installation of the Intelligent Transportation System (ITS) cameras and vehicle detection devices, the dynamic message signs, roadway signs and the signals at U.S. 98 and SR 44.

Starke said the elements have been a concern for workers.

"When construction started in January 2018, the initial work effort by the contractor included relocating gopher tortoises prior to any clearing and grubbing. Due to temperature restrictions related to the relocations, weather days were granted when the contractor was unable to perform the relocation work. With more than a year left in the project, there could potentially be weather impacts from tropical weather during hurricane season, which could extend the project's completion by upwards of a month. Cold weather also could potentially cause delays in the placement of the asphalt."

"At U.S. 98, we are completing the existing partial interchange to make it a full interchange north of U.S. 98, adding a northbound entrance ramp and southbound exit ramp," said Starke. "It involved constructing two bridges and a pedestrian bridge over U.S. 98. The existing southbound entrance and northbound exit ramp needed to be reconstructed to accommodate the alignment of Suncoast Parkway north of U.S. 98."

Regarding construction of the two all-electronic tolling gantries and equipment buildings, drilled shafts are installed as the foundations for the gantries. The gantries themselves require detailed fabrication of the trusses and uprights. All conduit coming into the toll equipment buildings through the foundation and floor slab must be carefully aligned with proper spacing, sizes and quantities to fit where each electronic component resides in the building. 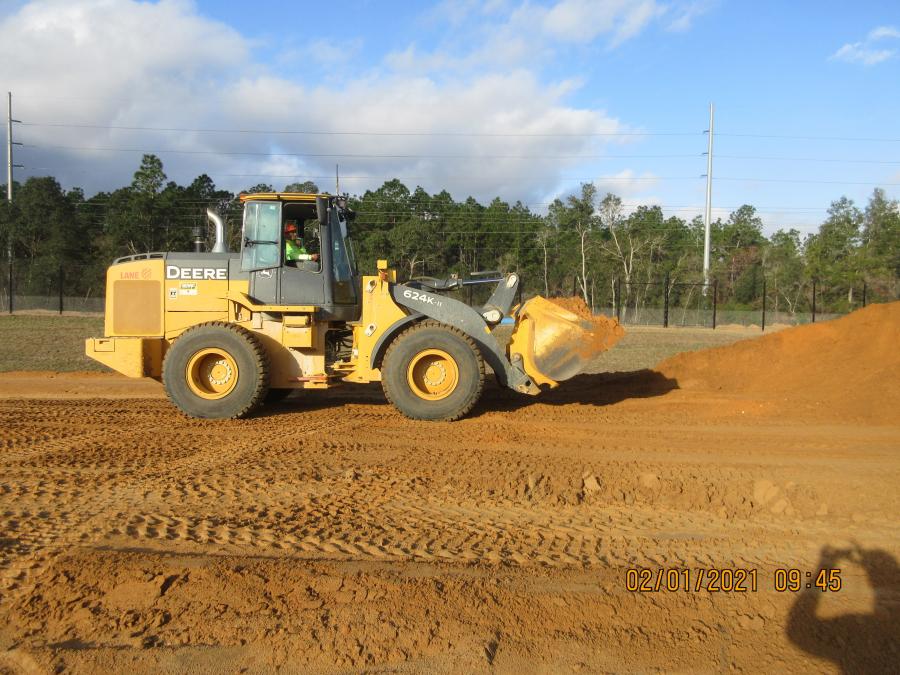 The main materials used on the project are concrete, asphalt, steel and aggregate.

FTE was formed in 2002 as a business unit of the Florida Department of Transportation (FDOT). It employs private-sector business practices to operate its system of limited-access toll highways for the benefit of Florida's traveling public. Net revenue from Florida's Turnpike is reinvested into projects like building new highways or making improvements to existing highways on a statewide basis. CEG