Fast-Tracking the Upgrading of I-75 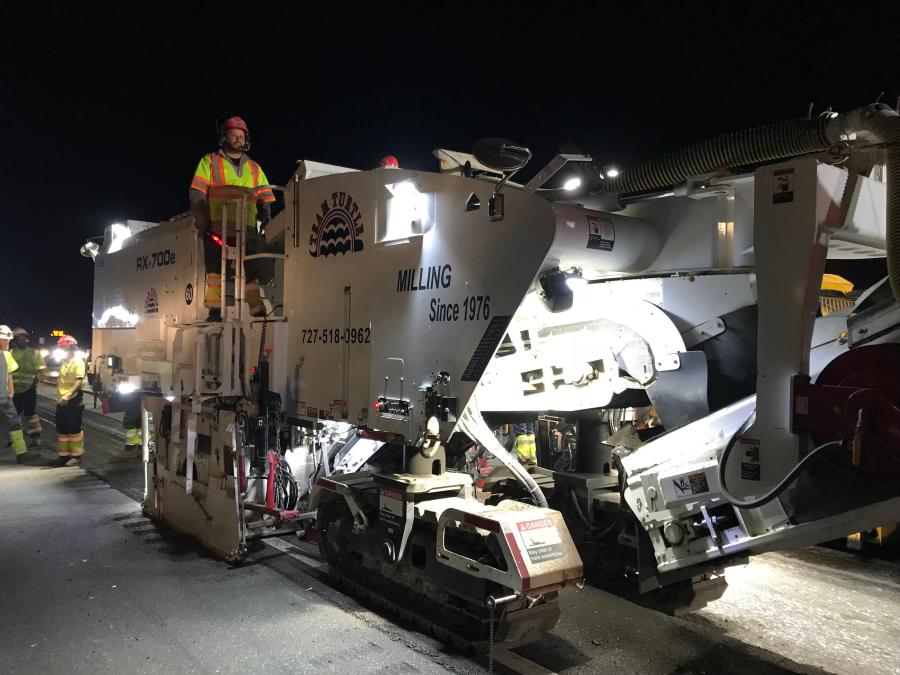 In April, when the spread of COVID-19 initially brought a decrease in the amount of vehicle traffic to Florida, Gov. Ron DeSantis directed the state's Department of Transportation (FDOT) to take the opportunity to accelerate a series of critical road and bridge projects already under way. 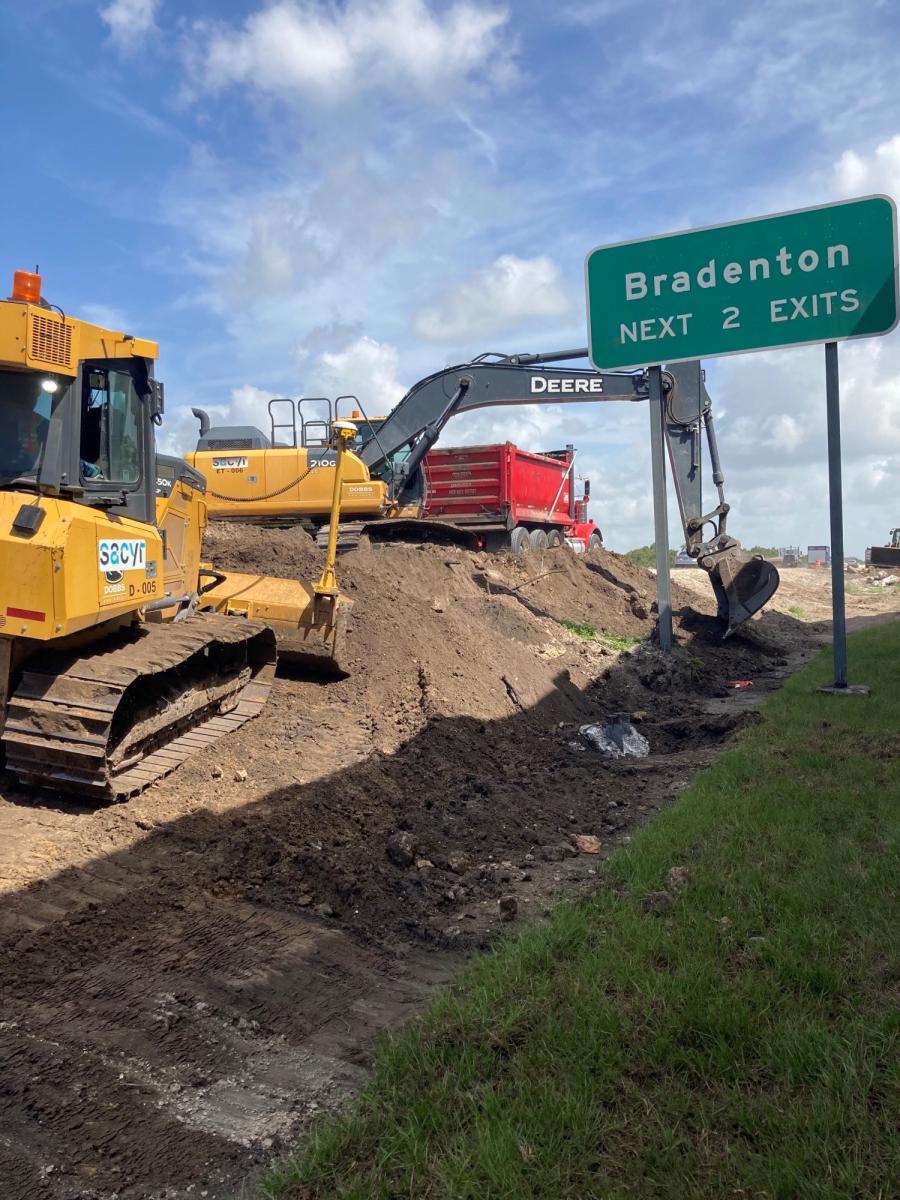 Following a review of transportation projects across all FDOT districts, some involved new construction, while several others were improvements to existing highways in or near Florida's largest metropolitan areas.

An example of that can be found near Bradenton, approximately 50 mi. south of Tampa, in Manatee County. On the west side of town, the FDOT and its partner contractors have been upgrading and expanding Interstate 75 and a key interchange since 2018, with the goal of finishing the enterprise in the spring of 2021.

"The cost of the project is $80.8 million," said Brian Rick, communications specialist of FDOT District 1.

From south to north, the I-75 upgrades are ongoing from just north of University Parkway, along the Manatee-Sarasota county line, and continue for 6.75 mi. through the SR 70 interchange to a point south of SR 64 (Manatee Avenue on the east side of the interchange and Bradenton Arcadia Road on the west).

In the spring, when the governor's office listed the I-75 at SR 70 Interchange project among those in Florida to be fast-tracked for completion, it was described simply as a "paving" job. Indeed, the directive from DeSantis allowed the contractor to speed up work on paving and some interstate ramp improvements by a few weeks because of reduced traffic levels.

But this seemingly simple road project is anything but. Rather, the work is made up of a series of critical components.

Project of Many Parts

Crews, under the direction of Sacyr Construction USA, a global contractor with an office in Miami, were given the task of:

FDOT planned for the improvements to be done in phases. The first included mobilization, maintenance of traffic, utility coordination and construction of stormwater ponds. That was followed by Phase II, which involved construction and the ongoing widening mainline of 1-75; installing noise barrier walls; starting the construction of the new bridges; and constructing the on- and off-ramps. Phase III focused on reconstructing SR 70 and its resurfacing, while Phase IV will be the lane/road striping and final configuration. 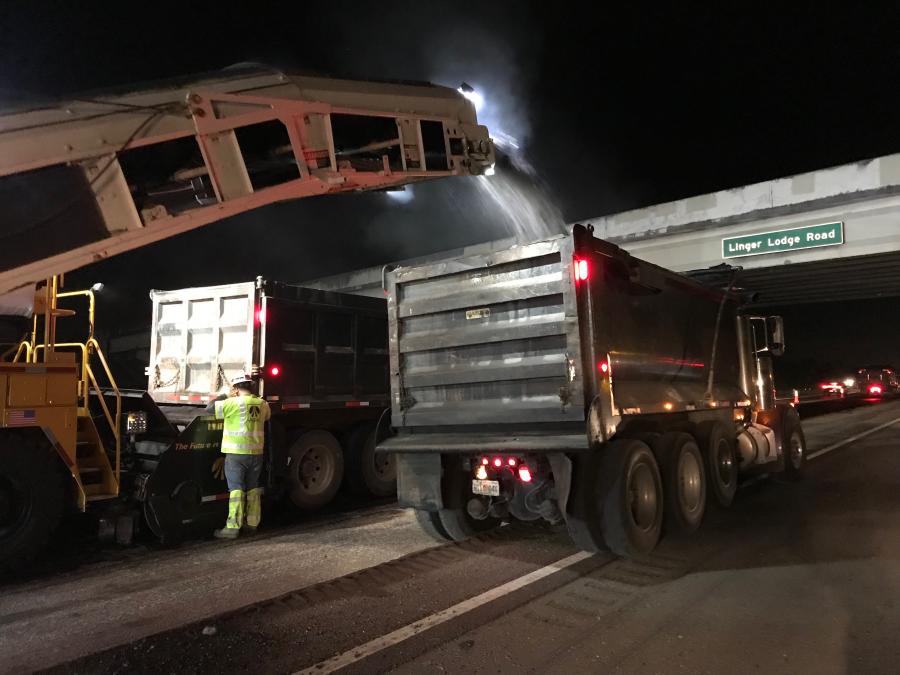 Although the road and bridge upgrade project has a lot of moving parts, it was designed with only two primary goals in mind.

That safety will be achieved at the interchange, she added, by removing the loop ramp in the northeast quadrant, combining all I-75 northbound traffic onto a single ramp in the southeast quadrant, which will provide left and right turns under signal control, and eliminating the existing weave condition for safer traffic movements. The auxiliary lane in each direction of I-75 helps manage local and thru-traffic with increased capacity.

Rick said another vital safety feature at the I-75 at SR 70 interchange is the installation of wrong-way vehicle detection on the ramps to mitigate the potential for drivers entering the freeway on an off-ramp.

As the prime contractor, Sacyr has had more than 40 subcontracting firms working for it on the I-75 at SR 70 project. The major subs have included Ajax Paving Industries of Florida, based in Tampa; Cone and & Graham Heavy Construction, with offices in both Tampa and Port St. Lucie; and MSB Services, an electrical contractor of Bradenton.

The construction work is currently at its busiest, Rick said, as Sacyr has approximately 65 people on site, while the subcontractors bring in another 60 or so on any given workday.

The remaining improvements to the I-75 and SR 70 corridor to be completed within the next year include finishing the ramps, noise walls, stormwater management ponds and other miscellaneous drainage work. In addition, the utilities installation will be completed, as well as the installation of ramp traffic signals, ITS, lighting, the completion of bridges over SR 70 and the Braden River, and finishing the resurfacing and widening of mainline I-75. Along SR 70, workers also will make drainage improvements and work on that road's reconstruction.

The upgrades to the interchange at I-75 and SR 70 have, as one might expect, involved a great deal of earth-moving, pile-driving and concrete work.

Rick provided a numeric picture of the facts:

Sacyr and its subs also have hauled in many pieces of construction equipment to perform the job since they began working on the road/bridge project in October 2018. That list includes:

FDOT, Sacyr Prepared for Anything

Now, with people getting out more in Florida, the increased volume of cars and trucks through the I-75 and SR 70 corridor has also brought back old concerns for the FDOT.

"Our biggest challenges involve the high levels of traffic, especially during rush-hours and the evening times," said Rick. "Additionally, the weather has been an intermittent factor; for example, last summer, more than 30 inches of rain was measured on the site in one month alone."

He added that coronavirus has not been an issue; however, the contractor, the subcontractors and the construction engineering and inspection firm have all been proactively practicing social distancing, virtual meetings and other safety measures to mitigate any potential issues.

As both I-75 and SR 70 are designated evacuation routes, and hurricane season is upon Florida, Sacyr does have hurricane plans to follow in the event of a storm, Rick said. CEG