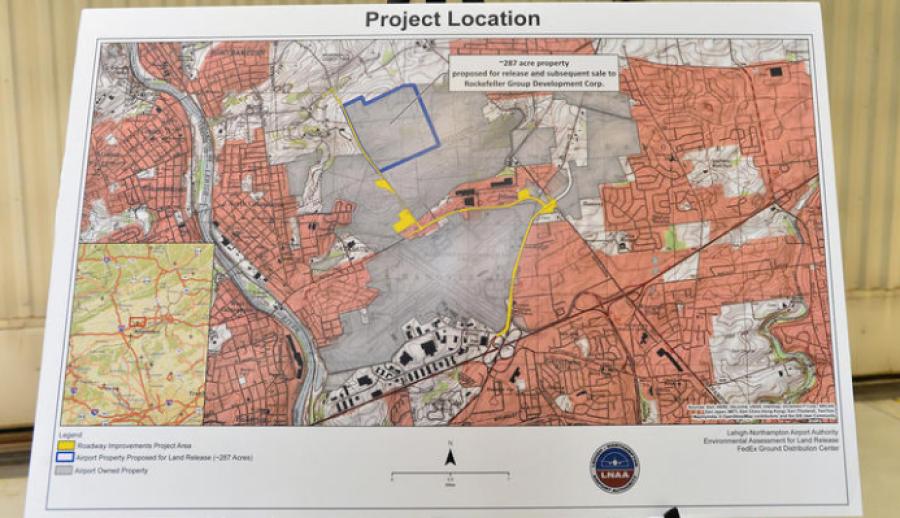 The Morning Call is reporting that FedEx Ground, which has seen its plans for a megahub in Allen Township in Pennsylvania waylaid by wranglings over road maintenance and deed restrictions, plans to have crews working around the clock once it breaks ground in June.

The 24-month construction timetable will begin with a six-month period of extended hours that would involve two 10-hour shifts per day on the 260-acre parcel off Willowbrook Road, according to Timothy Scherling, project engineering manager for FedEx Ground.

Scherling outlined the timetable on Tuesday at a township supervisors meeting. He initially requested the township approve hours of 6 a.m. to 8 p.m. for the length of construction, but later added a request for an accelerated schedule from June through November as a way to ramp-up operations.

"In order to ensure that the project doesn't get behind the eight ball," he said.

That will allow for earth-moving to clear the way for the 1.2-million-square-foot regional hub, developed by the Rockefeller Group on land purchased from the Lehigh-Northampton Airport Authority.

"After six months we should be erecting steel," said Scherling.

FedEx doesn't have a specific June start date for construction, but hopes to be finished by mid-2018. The company initially had envisioned opening this year when it first pitched the idea in 2012 for a $335 million facility that would process as many as 15,000 packages an hour.

But it lost ground after going through the township review process only to find out that neighboring Hanover Township in Lehigh County objected to having to maintain a 3,300-foot section of Willowbrook Road within its borders that FedEx trucks would have use. That matter was resolved with the state taking over the stretch.

But then FedEx learned that the airport site contained a deed restriction precluding industrial uses. Rockefeller expects that restriction to be removed soon, paving the way for the official sale of the site to Rockefeller for $9.9 million.

At Tuesday's meeting, Scherling said the work area will primarily be lit by earth-moving equipment but will include "several light towers."

Noise from work will be kept within what is allowable by township ordinance, Scherling said.