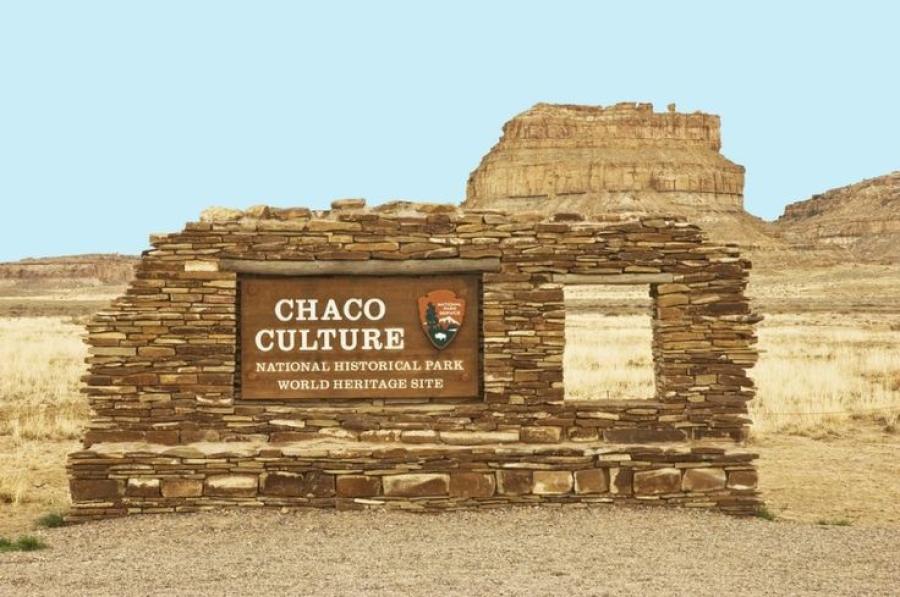 The decision comes after Bernhardt visited the site May 28 and met with leaders of the Navajo Nation and Pueblo tribes that have been fighting to protect culturally significant sites beyond the park, with its stone structures that were used by an ancient civilization.

The area has been central to an ongoing dispute over drilling in the San Juan Basin in northwestern New Mexico and southwestern Colorado, one of the nation's oldest production areas.

A coalition of tribes has called repeatedly for a moratorium on energy development, while members of New Mexico's congressional delegation have introduced legislation to officially create a buffer zone within 10 mi. (16 km) of the park.

Advocates welcomed Bernhardt's decision, but some cautioned that it was a stop-gap measure. They argued for passing the legislation, which they say would protect the area's archaeological and sensitive landscapes by halting new oil and natural gas lease sales on federal holdings within the buffer zone.

The delay on leasing will give the U.S. Bureau of Land Management time to finish drafting an updated management plan to guide energy development on federal land across the region. Bernhardt requested that the plan include an alternative that reflects tribal leaders' views and the boundaries sought by lawmakers.

"I walked away with a greater sense of appreciation of the magnificent site managed by the National Park Service and a better understanding of the tribal leaders' views of its cultural significance," Bernhardt said after his visit.

The Bureau of Land Management in recent years has put off leasing parcels within the buffer zone, but most of that area is Navajo land and individual Navajo allotments. The legislation would not affect mineral rights on that land, meaning development would still be possible.

Robert McEntyre, a spokesman for the New Mexico Oil and Gas Association, said that the industry has been operating in the basin for nearly a century and has become an integral part of the economy.

Bernhardt acknowledged during his visit that the Bureau of Land Management has a "complex mission" of managing a range of land uses.

A thousand years ago, Chaco had been an economic and ceremonial hub for the ancestors of Pueblo people, whose present-day villages are situated throughout much of New Mexico.

A UNESCO World Heritage Site, the park's stone walls, staircases and other architectural remnants stand against a backdrop of cliffs and rocky outcroppings. Smaller archaeological sites and individual Navajo Nation family allotments can be found beyond the park's boundaries.