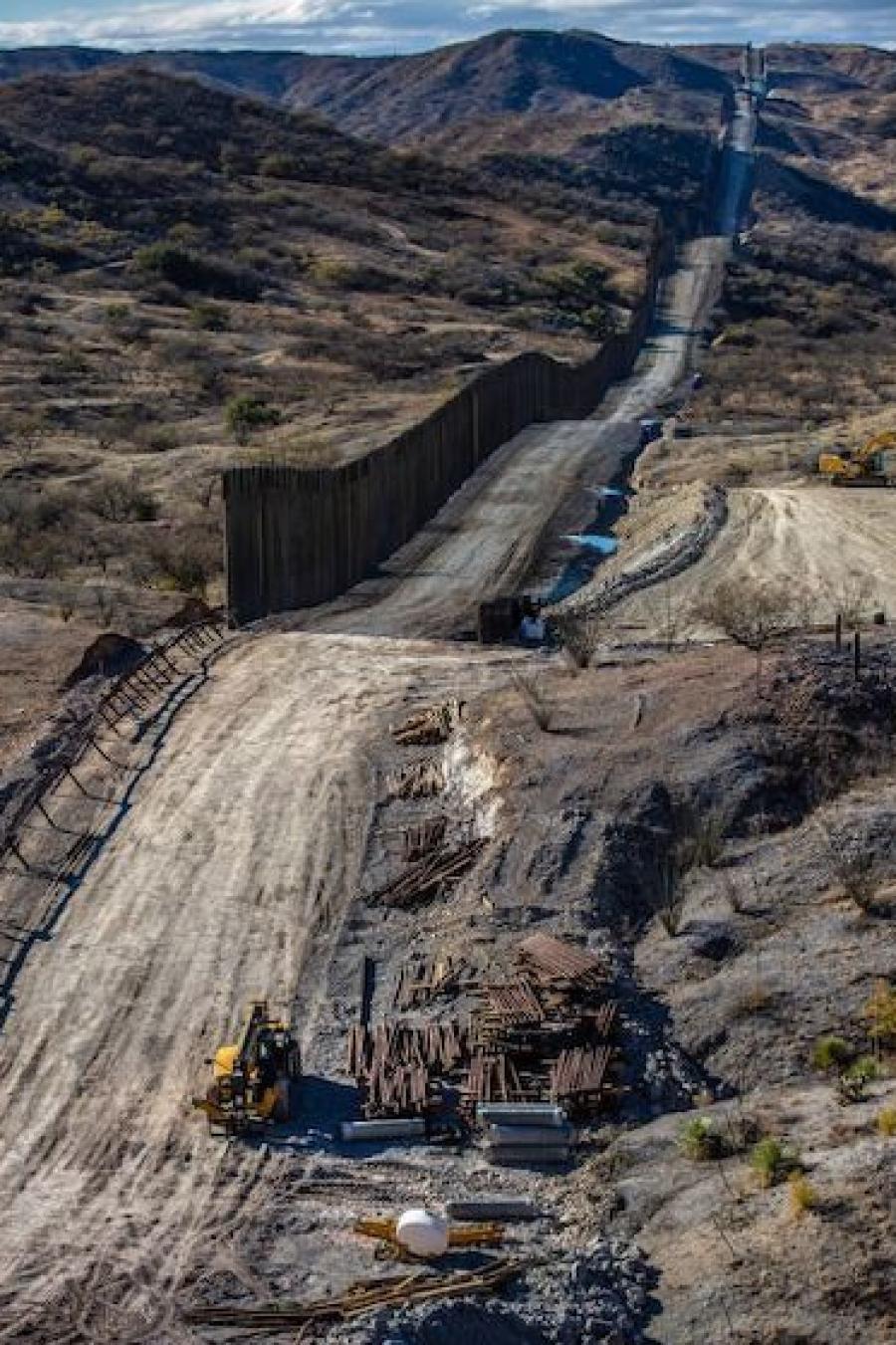 The donated materials are part of a federal effort to clear out the estimated $265 million in leftover wall parts from dormant construction sites along the U.S.-Mexico border.

The federal government has donated at least $6 million worth of leftover border wall materials to Texas, which will use them for the state's plan to build its own wall.

The materials bought with federal tax money were donated to that effort despite the fact that on his first day in office, President Joe Biden said that no more American taxpayer dollars would be used to construct a border wall.

The donated materials are part of a federal effort to clear out the estimated $265 million in leftover wall parts from dormant construction sites along the U.S.-Mexico border. Many of the materials are going to Davis-Monthan Air Force Base in Tucson for processing.

After processing, the material will eventually be offered to federal, state and local agencies as well as to nonprofits, either for sale or donation, depending on the entity. The Texas donation was the largest so far.

Davis-Monthan's Defense Logistics Agency has been receiving truckloads of the materials for weeks. They had been piled up along the border, including the Southern Arizona desert, for over a year, since Biden terminated the Trump administration's federal wall construction when he took office.

D-M had received 242 truckloads as of Feb. 4 and is expected to receive up to 950, said Lt. Col. Chris Mitchell, a spokesperson for the Department of Defense.

The materials are either scheduled to be or are now being transferred from border barrier construction sites in the Border Patrol's Tucson, Yuma and San Diego sectors to Defense Logistics agencies at Davis-Monthan and at two sites in California. One of the California agencies is in Barstow, expected to receive a potential 250 trucks, and the other is in Camp Pendleton, Mitchell said.

Among materials being transferred are 1,757 bollard panels for wall construction that the federal government donated to the Texas State Agency for Surplus Property, Mitchell said.

On Feb. 10, the Texas Facility Commission, which runs the agency for surplus property and is the agency overseeing the state border wall project, announced it had received the prefabricated federal border panels.

The bollards are valued at $6 million "during the donation phase," Mitchell said.

The government didn't say what the panels were worth when they were bought, but the wall projects, which varied widely across the U.S.-Mexico border, cost about $8.2 million a mile at the low end.

An article in the Atlantic estimated the cost of bollards at about $9,000 apiece, which would mean the donation to Texas cost nearly $16 million.

The cost of federal wall projects varied from about $8.2 million a mile in the El Paso sector, in Texas, to $49 million a mile near El Centro, California, based on an Arizona Daily Star analysis of Army Corps data. 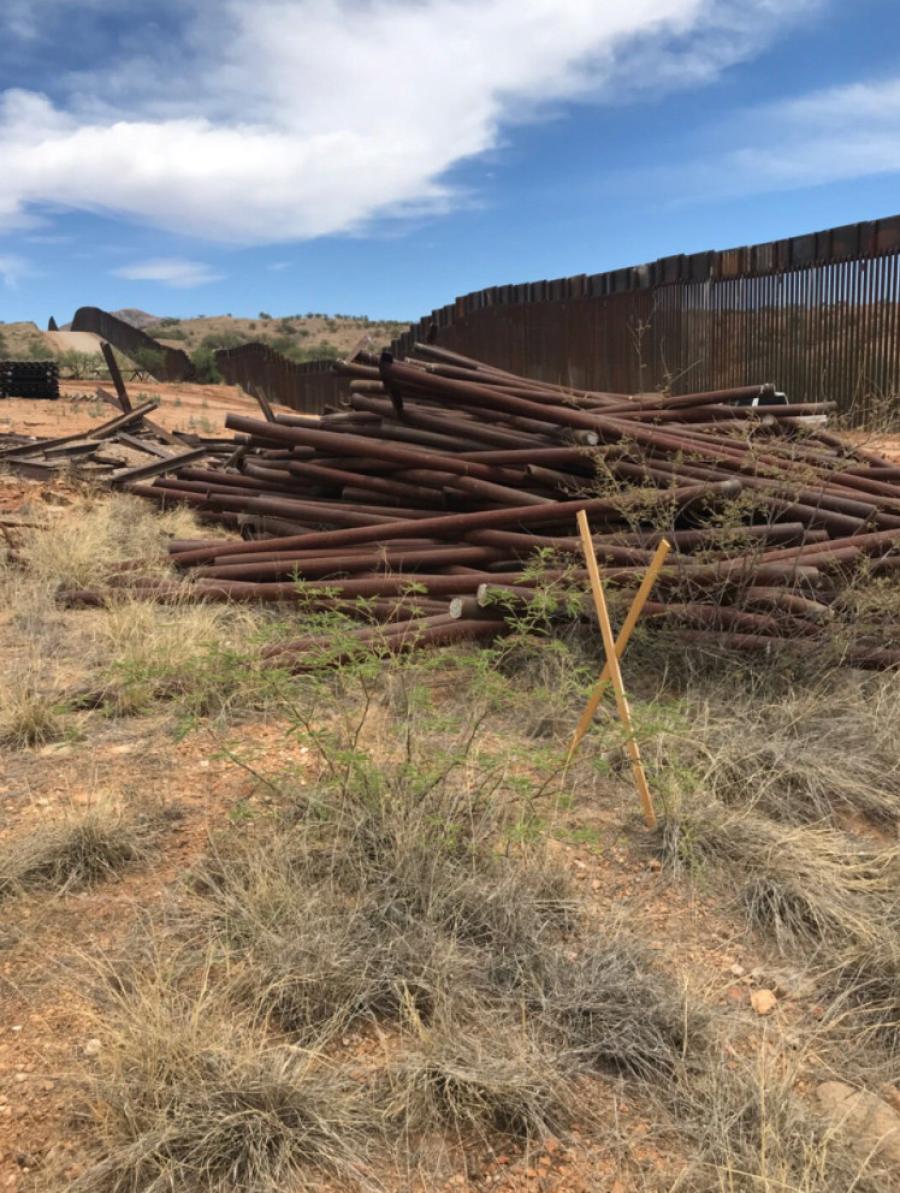 The cost variation is due to different site conditions, some with challenging terrain, as well as the fact that amenities at different projects varied, such as height of the wall panels or type of security systems.

When construction stopped, the day Biden took office, everything that was already purchased and on site stayed there, said Jay Field, spokesperson with the Army Corps of Engineers. Materials were consolidated and left out in various sites by the wall, including near Guadalupe Canyon and Sasabe in Arizona.

The Department of Defense would only say that material under control of the Army Corps of Engineers — the contractor for many border barrier projects — was "properly stored and secured," when asked numerous times for specifics on how the materials were protected from the elements. At some of these sites, anyone could walk up to the materials, which were out in the desert with no signs of security or shelter.

The materials are being coordinated for transfer from the 22 border wall construction projects that were funded by the Department of Defense, which received a majority of border wall funding. The sites are stretched across all four border states, including the Border Patrol's San Diego, El Centro, Yuma, Tucson, El Paso and Del Rio sectors.

When Biden halted construction, none of these 22 projects had been completed. But at 14 of them, contractors had finished installing wall panels, according to data provided by the Army Corps of Engineers.