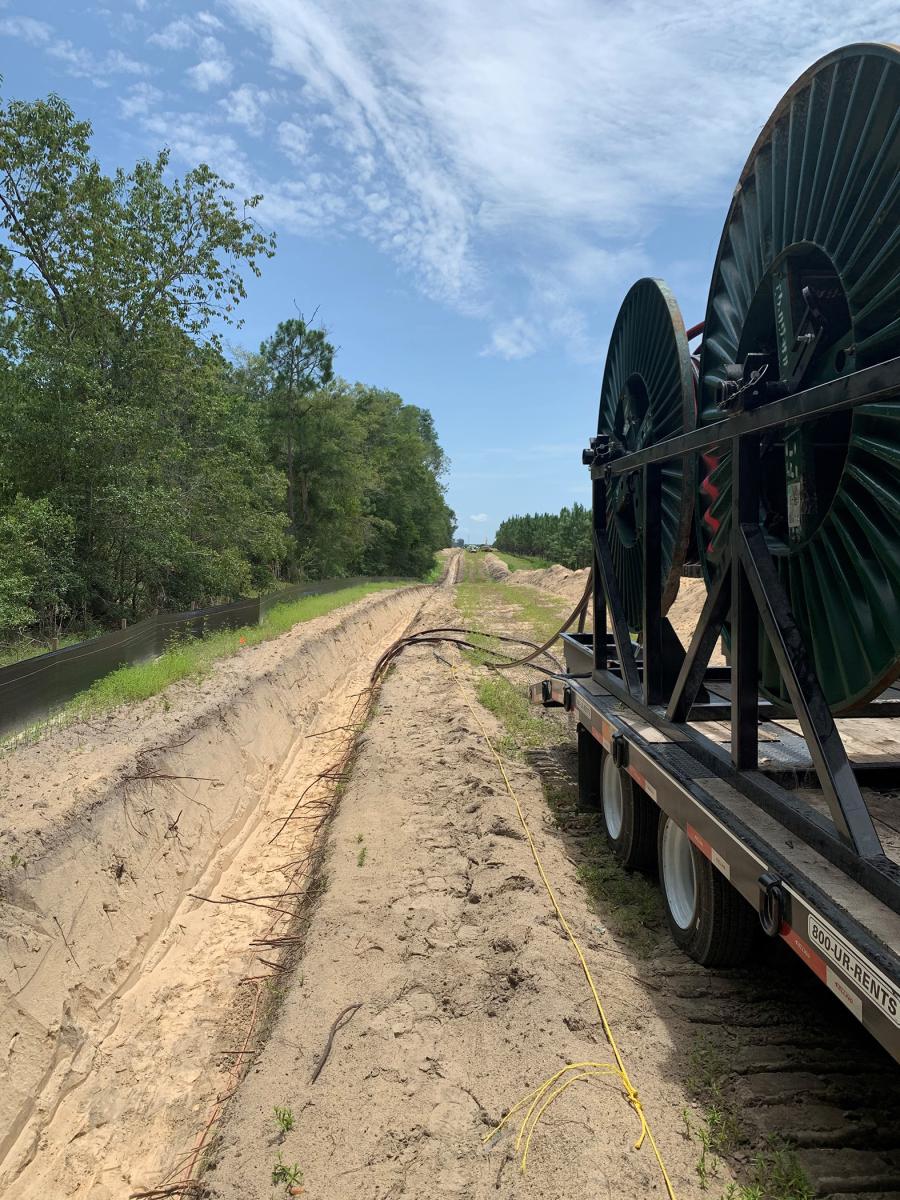 The assembly was equipped with a 2.88 in. diameter reel bar that spins on a 660 SAE continuous cast bronze bushing saddles. The reel bars were fitted with a cross arm to tie the reel spool to the reel bar and a locking collar to keep the reels centered.

Recently, a national heavy equipment rental company and longtime customer of Felling Trailers was faced with a dilemma.

One of its national accounts, a renewable energy contractor, was working on a solar project that spanned several locations in its coverage area. It needed several heavy-duty triple reel trailers capable of hauling three 97 in. dia. by 77 in. by 10,000 lbs. wide reels for medium voltage (MV) underground cable.

Lead-time was of the utmost importance. With the solar projects in progress, the trailers were needed inside of a 4-week time frame. Standard build time for a reel trailer needing to carry three reels weighing 10,000 lbs. each would be 10-weeks or longer when starting with a new build. That kind of timeline was not acceptable.

After learning the project's details, Rapp suggested the FT-30-2 LP (low profile) a 15-ton tag trailer. The FT-30-2 LP is a Felling Trailers model that is a standard inventoried trailer and would be a perfect model to convert to a heavy three-reel hauler.

The FT-30-2 LPs were mounted with a one-piece, three-reel rack assembly bolted directly to the flat deck surface. The reel rack assembly was manufactured with 3 in. by 3 in. heavy wall steel tubing. The assembly was equipped with a 2.88 in. diameter reel bar that spins on a 660 SAE continuous cast bronze bushing saddles. The reel bars were fitted with a cross arm to tie the reel spool to the reel bar and a locking collar to keep the reels centered.

Both the cross arm and locking collar are equipped with lifting hooks to safely aid in loading/unloading reels onto the rack assembly.

The renewable energy contractor uses the triple reel FT-30-2 LP units to bring the power from the solar fields. The rental company has ordered eight of these trailers that have gone directly to the job sites and are presently ordering the reel rack/trailer package for its rental inventory.

Along with the FT-30-2's, the rental company recently added a set of FT-24-2 LP triple reels with smaller and lighter reels for the contractor's task of providing conductor for the substations the main feeds are brought to or the solar project.

Cross-functionality, a removable reel rack on an equipment trailer ensures the trailer will remain utilized throughout its life. Too many times, a dedicated reel trailer is purchased for a specific application/project. When that job is complete, the reel trailer sits. This package allows the reel rack to be easily removed, and the trailer can then be used to haul equipment, materials, etc. When the need again arises, the reel rack assembly is easily placed back on the trailer and mounted to the trailer deck. 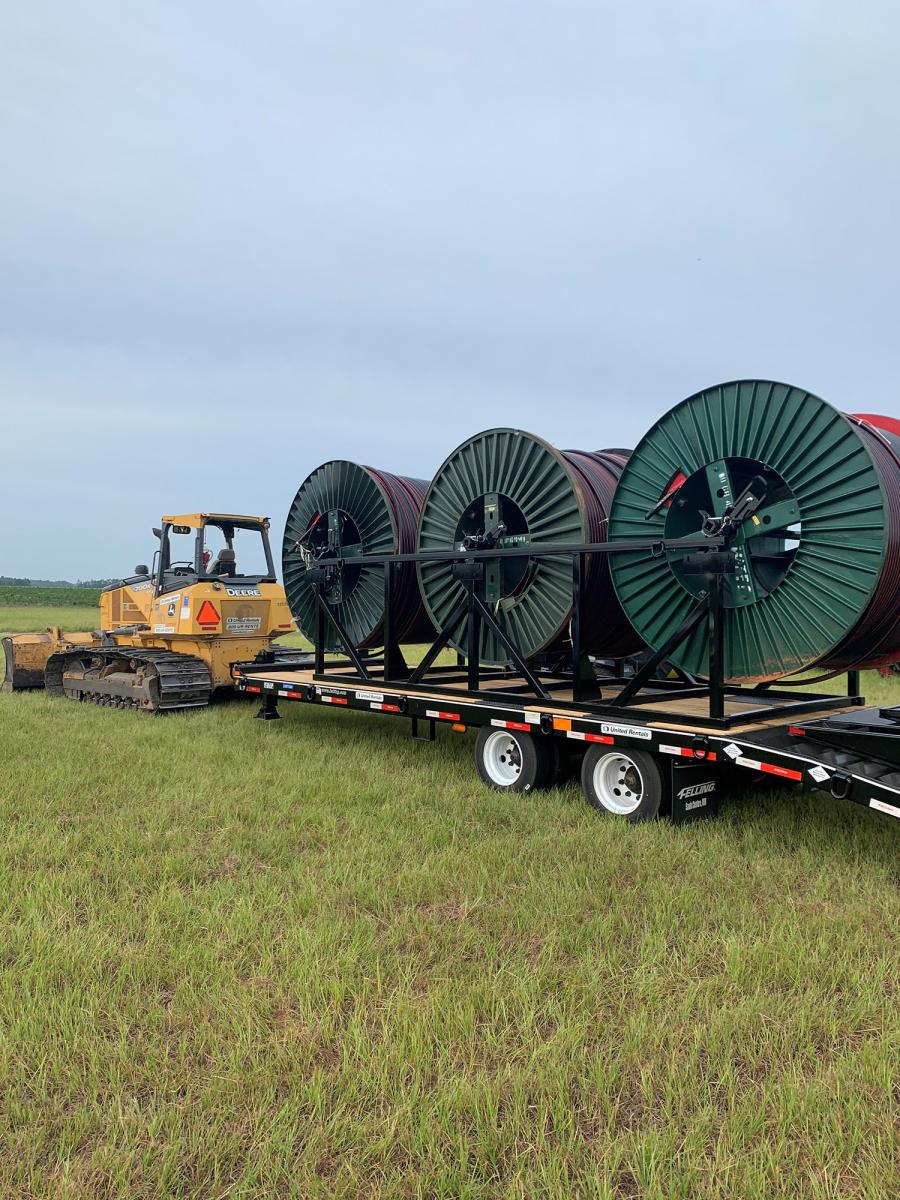