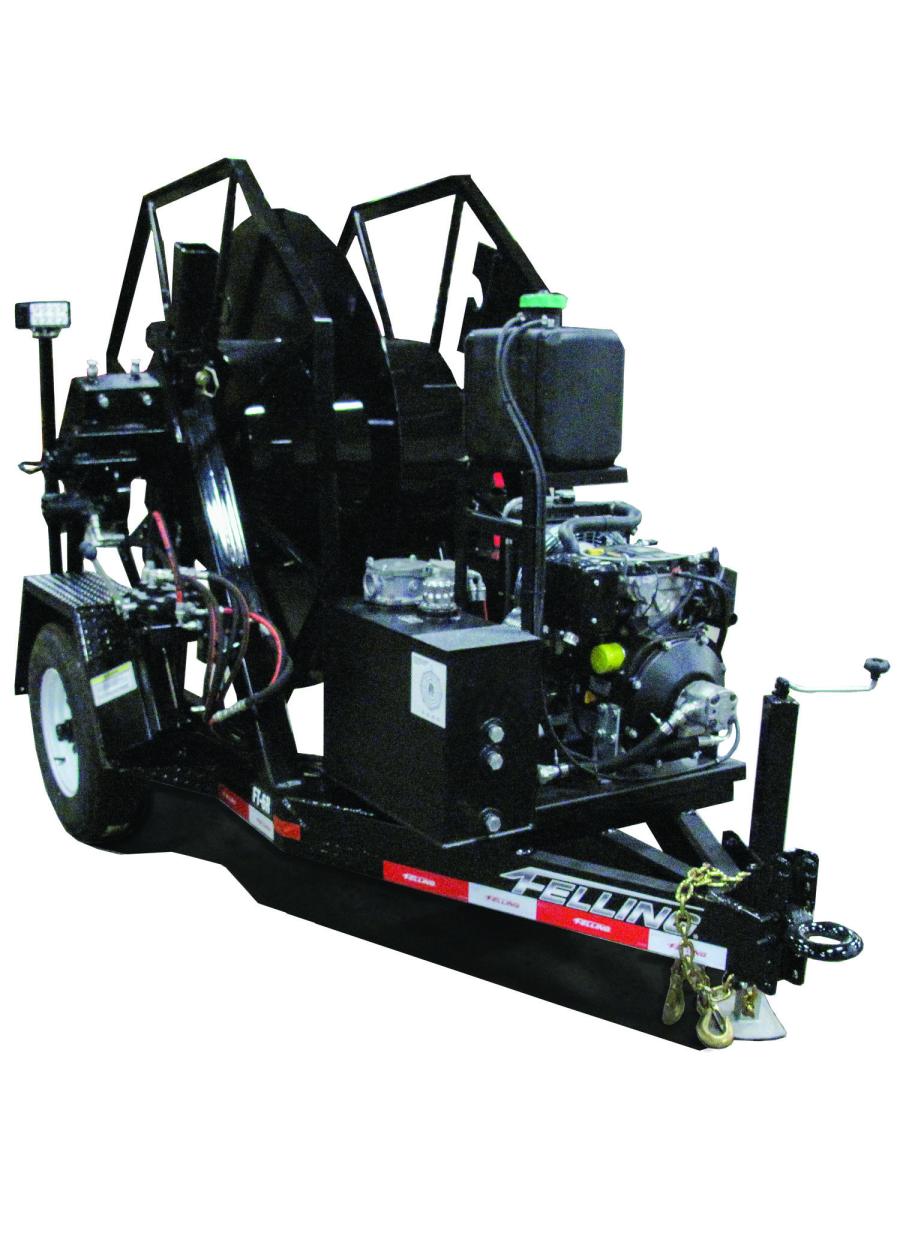 The FT-6 R was designed for the operator to have the ability to manually deploy the power cable, pulling it off by hand. This is achieved by disconnecting the retrieval system; the reel bar then rests on the SAE 660 bronze bushings allowing for minimal effort in power cable deployment.

Due to the ever-changing needs of the mining environment, machinery is forever moved around. The need arose for a way to easily deploy and store the thousands of feet of power cord needed to keep machinery running.

“Felling's FT-6 R [5,980 lb. GVWR/4,060 lb. Capacity] standard self-loading reel trailer was the ideal solution. With hundreds of 6R's already in service there was never any doubt they would hold up in such a harsh environment,” said Mark Rapp, Felling's utility & telecom product manager.

Although mostly standard, the trailers had to be narrowed and shortened to fit into the confines of the mine's elevator to be lowered underground.

All hydraulic functions of the unit were to be powered by a Tier IV, liquid cooled, 2-cylinder diesel engine. Given the underground environment, the FT-6 R would be operated in, the emissions level of the trailers' power source had to meet stringent guidelines. The KDW 702 Kohler/Lombardini engine provided ample power to create 2,250 psi for continuous hydraulic pressure at 10-gallons per minute. This was more than enough needed to supply the hydraulic deployment/ retrieval assembly, 2,100 lbs. of line pull was easily achieved. The engine's advanced injection system uses fuel more efficiently while high–efficiency combustion significantly lowers emissions to meet necessary standards.

The FT-6 R was designed for the operator to have the ability to manually deploy the power cable, pulling it off by hand. This is achieved by disconnecting the retrieval system; the reel bar then rests on the SAE 660 bronze bushings allowing for minimal effort in power cable deployment. For the task of retrieving the power cable, the operator re-engages the drive. Safety features such as a spring back to center hydraulic lever valve provide a failsafe so that an operator can stop the unit in case of an emergency. In addition to the lever valve, a flow control, allows for precise speed of the reels rpm (revolutions per minute.)

As one can imagine when working in an underground environment, the necessary lighting to work safely and efficiently can be a significant factor. The FT-6 R was equipped with four 12-volt 2,000-lumen work lights that were capable of 360 degrees of illumination. The lights are powered via the battery with a toggle switch that is easily accessible in the unit's lockable enclosure.

The reels for this application were designed to hold 350 ft. of power cable, 2-1/2 in. in diameter and 5 lbs. per ft. The reels would at times be removed from the trailer when the power cable was not in use and rest on the mine floor. An octagonal design was used in the construction of the reels with an octagonal outer flange to prevent the reel from rolling when in storage.