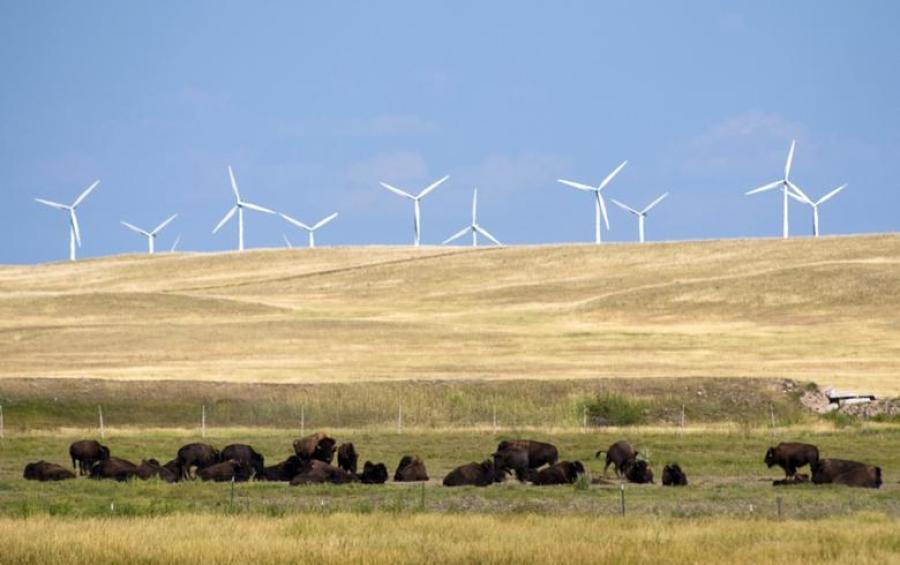 A Montana company has been granted a license to build a $1 billion, 400-megawatt power storage project in the central part of the state that would supplement electricity from wind turbines and other sources, according to documents released by federal regulators.

The 50-year license from the Federal Energy Regulatory Commission allows Absaroka Energy, of Bozeman, Mont., to construct and operate the project on a 177-acre site near the tiny town of Martinsdale, home to fewer than 100 people.

The facility called the Gordon Butte Pumped Storage Project would use excess power produced by wind farms or other sources to pump water uphill to a 3,000-ft. (914 m) long reservoir, according to the license.

During times of peak consumer electricity demand or when the wind is not blowing, the water would be released to turn hydropower turbines and keep electricity flowing.

Federal energy officials have said Montana has enormous potential for wind power development, with more than 665 megawatts of capacity already installed, according to the American Wind Energy Association. Projects such as Gordon Butte would help ensure a steady flow of power needed to make the grid run smoothly.

Water for the electricity-generating project would be drawn from Cottonwood Creek, a tributary of the Musselshell River, via an existing irrigation system for a nearby ranch.

The project is located near a pair of large transmission lines that originate in Colstrip, Mont., about a four-hour drive from Martinsdale. The Colstrip lines connect with the Bonneville Power Administration transmission system, which provides power across the Pacific Northwest.

Carl Borgquist, Absaroka Energy president, said his company's efforts will now turn to engineering work to solidify a construction schedule and costs estimated last year at $986 million. The company is seeking financing, with construction expected to begin no earlier than 2018, he said.

The project would cost $173 million annually to operate and produce power valued at $220 million a year, according to the license.

Regulators concluded in September that the project would not have a significant environmental impact.