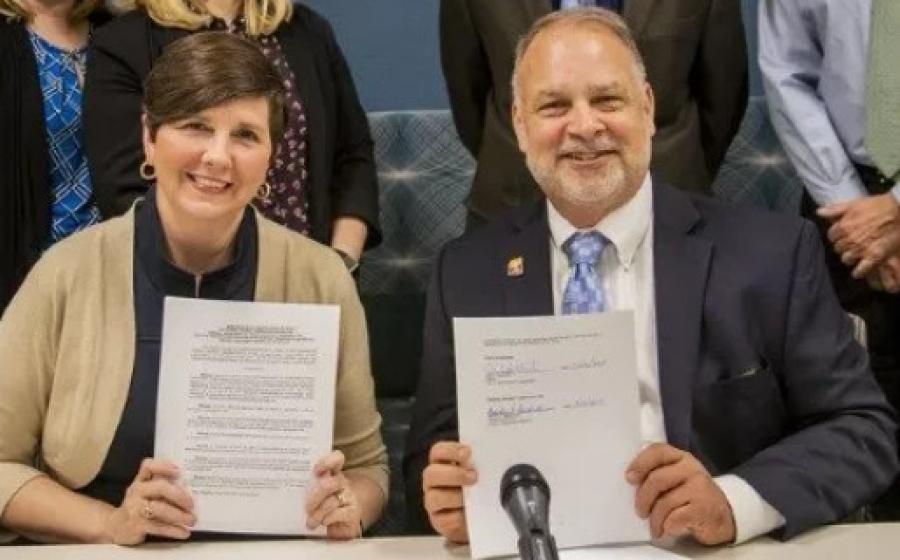 A memorandum of understanding signed between the Federal Highway Administration and the Arizona Department of Transportation on April 16 allows the state to assume decision-making and legal responsibilities for meeting National Environmental Policy Act requirements for federal highway projects.

The Arizona DOT noted it already has responsibility for NEPA decisions known as categorical exclusions involving projects found to not have significant environmental impacts under a separate agreement finalized with the FHWA in early 2018.

The expanded NEPA authorization that FHWA is now providing to Arizona — valid for five years, with the option to renew, while reviewing compliance through audits and monitoring — makes it the seventh state to achieve full NEPA assignment approval.

"In keeping with the U.S. Department of Transportation's ongoing mission to help expedite project delivery for our state partners, this memorandum of understanding will enable Arizona to assume the most complex federal highway environmental responsibilities," said FHWA Deputy Administrator Brandye Hendrickson in a statement.

Congress originally authorized NEPA assignments — formally called the "Surface Transportation Project Delivery Program" — as pilot projects under the Safe, Accountable, Flexible, Efficient Transportation Equity Act: A Legacy for Users or SAFETEA-LU passed in 2005 and then allowed such assignments to be used more broadly on a permanent basis with the Moving Ahead for Progress in the 21st Century Act or MAP-21signed into law in 2012.

NEPA assignments recognize that states are able to comply with federal environmental requirements on their own, allowing them to streamline processes — saving time and money — while waiving their sovereign immunity in relation to federal court jurisdiction.

"We anticipate increased project efficiency and the elimination of confusion for multimodal projects. The rule also updates some of our environmental rule policies and ensures greater consistency, reducing duplicative efforts, and reiterating the ability to produce a single environmental document," noted FHWA's Hendrickson during an October conference call regarding the benefits of the new rule.

The rule also provides for greater flexibility on projects that take place entirely within the operational right-of-way though the use of categorical exclusions, she added. "This is an opportunity to move forward with transportation projects in a more consistent and streamlined fashion," Hendrickson said.