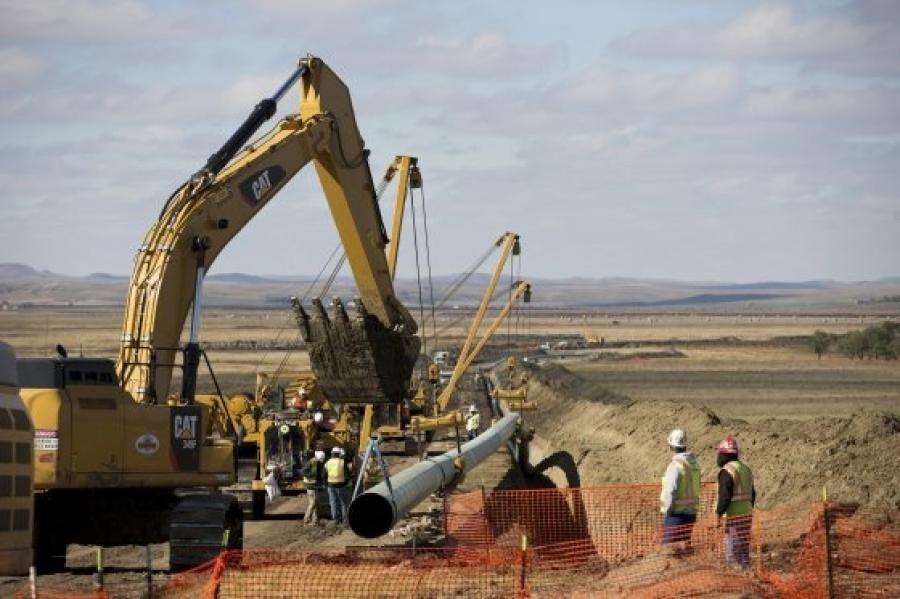 The Army Corps of Engineers announced February 8th it had given Dakota Access developers the easement they need to lay an oil pipeline under Lake Oahe on the Missouri River south of Bismarck. The 1.25-mile span is the most contentious segment of the 1,170-mile pipeline route, because a local tribe says the pipeline threatens its drinking water supplies there.

Trump administration officials informed Congress and a federal judge on February 7th that they would issue the easement — originally approved last year — after Trump in January ordered construction on the project to move forward.

The Corps on Wednesday night said it was working with tribal and local officials to clear the area where pipeline construction could soon begin. The Army Corps' land is near a protest camp that anti-pipeline demonstrators had established in the fall and early winter.

“The safety of those located on Corps-managed land remains our top priority, in addition to preventing contaminants from entering the waterway,” said Col. John Henderson, the Omaha District Commander of the Army Corps, in a statement.

“We appreciate the proactive efforts of the tribes to help clean the protest site ahead of potential flooding along the river, typical during the runoff season.”

Pipeline supporters have hailed the decision to build the stretch of the project, with a company lawyer saying this week work on the pipeline could be complete in two months and oil could begin moving through the $3.8 million pipeline within 80 days.

In a statement, Dakota Access developer Energy Transfer Partners acknowledged it had received the easement and said ti would begin construction shortly.

But the Standing Rock Sioux Tribe has vowed to fight the project, as it has since last summer. The tribe could go to court to challenge the easement again, arguing the Trump administration improperly dismissed an environmental review of the project that Obama officials kicked off in December.