Financially Stressed PennDOT Should Get $410M from New Bill 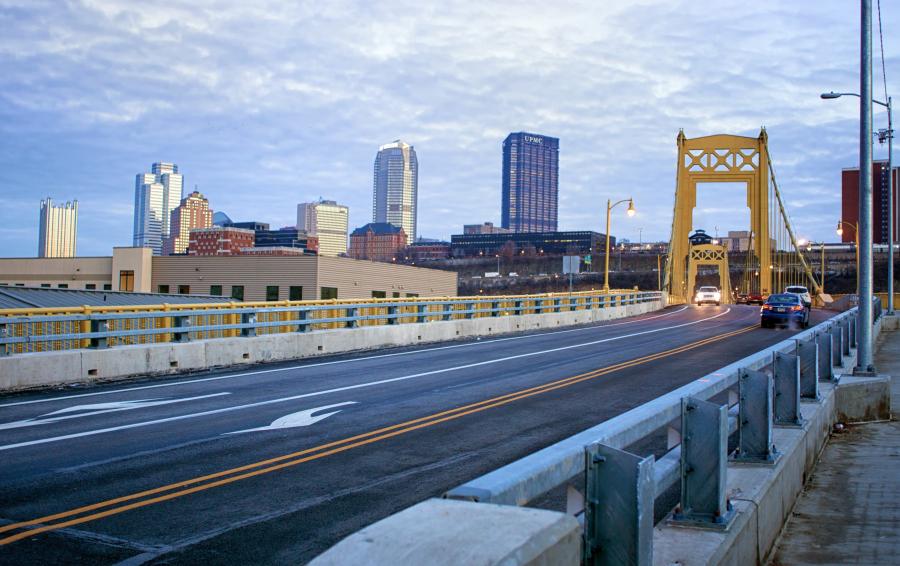 Pennsylvania will benefit from a new target of funding in the federal stimulus package approved Dec. 21: state departments of transportation, where financially beleaguered PennDOT is expected to receive $410.1 million.

That's according to an analysis of the $10 billion allocation in the stimulus package by the American Association of State Highway and Transportation Officials (AASHTO) using the federal Department of Transportation's formula. The association lobbied hard for Congress to include transportation departments, which have lost hundreds of millions of dollars during the COVID-19 pandemic because their funding is related to traffic volume.

In the Keystone State, where gasoline taxes make up a big share of funding for road and highway projects, the state has estimated a revenue shortfall of $500 million to $600 million since the pandemic began in March. At the beginning of December, the department said it was out of cash and threatened to shut down hundreds of ongoing construction projects and delay new projects unless it received permission to borrow $600 million.

When the Legislature balked because of the short notice, Gov. Tom Wolf agreed to shift money to fund ongoing projects until lawmakers can deal with the issue early next year. But dozens of projects that were expected to start in the next few months have been delayed.

In a statement, PennDOT said it was reviewing the stimulus funding to determine what it will mean for the state.

"Additional federal investment in our transportation system is much needed, especially with our short- and long-term funding challenges. The details of the package will be critical to determine if immediate relief is provided for our COVID-19-related revenue impacts and what action may still be required from the state Legislature in their new legislative session."

Pennsylvania Sen. Bob Casey said the Federal Highway Administration (FHA) estimated the state's amount a little lower, at $407.6 million, but the money should be available within 30 days. Casey's office said the funds can be used for Surface Transportation Block Grant projects, operations, personnel, routine and preventive maintenance, and revenue loss.

"Since the early response to the pandemic, state DOTs have faced severe losses in state transportation revenues as vehicle travel declined," he said in a news release. "This COVID relief bill enables state DOTs to stay on track and support the efficient movement of critical goods and services as they maintain their transportation systems.

"Furthermore, this timely federal support will help state DOTs to retain their institutional capacities and to be prepared to deliver future infrastructure investment driving economic recovery and growth."

Pennsylvania will get 4.17 percent of the allocation, fifth highest in the country behind California, Texas, Florida and New York.

In another transportation category, the stimulus bill provides $14 billion for mass transit. Transit agencies had received $25 billion last spring and the American Public Transit Association (APTA) had been lobbying for another $32 billion for agencies that continue to provide service despite low ridership due to the pandemic.

Paul Skoutelas, president and CEO of APTA and former CEO of the Port Authority of Allegheny County, called the allocation "very welcome news" for transit agencies, but said it wasn't nearly enough. Agencies in major cities such as New York City, Boston, Chicago, San Francisco and Los Angeles are planning major cuts in service because of serious revenue shortfalls, he said.

"It is not all of what was needed for the transit systems to continue the essence of their service," Skoutelas said in an interview Dec. 22. "We're going to be making the pitch [for more money] very early in the new year."

He said President-elect Joe Biden always had been supportive of transportation needs during his years in Congress and as vice president, and he expects that to continue.

Details of how the latest money for transit will be allocated has not been released.

In the Pittsburgh area, the Port Authority has maintained most of its service despite ridership that initially fell to 80 percent below last year's count and now is about 66 percent below 2019. The agency received authorization to be reimbursed for $141.75 million in the first stimulus package.

Port Authority spokesperson Adam Brandolph said it requested $36 million in stimulus money from the Federal Transit Administration through July and is preparing another invoice to cover August through November.