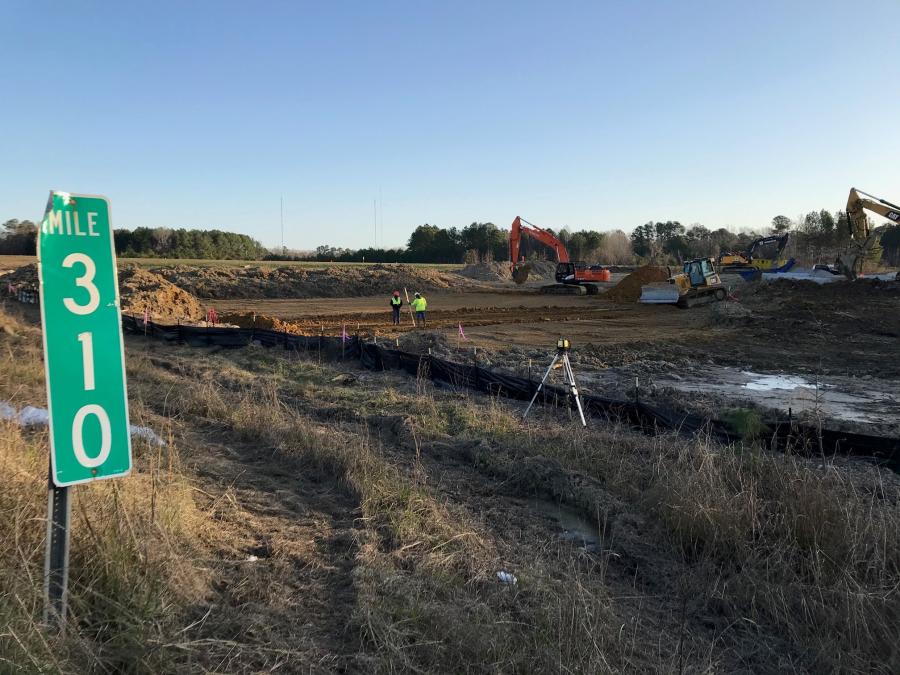 With off-and-on construction having taken place since the early 1990s, it finally apears that completion of Raleigh’s Triangle Expressway will come sooner rather than later.

With the goal of reducing the usual heavy traffic around North Carolina's capital city, work has begun to extend a substantial portion of the Triangle Expressway on the southside of Raleigh.

Known as the Complete 540 project (and, secondarily, as both the Southeast Extension and N.C. 540), the new toll road construction will be done in two phases, the first of which broke ground in mid-November.

The first phase of the highway build will run 18 miles east-southeast from N.C. Highway 55 Bypass in Apex, just west of Raleigh, to Interstate 40 south of the city. Hopes are this new six-lane roadway will be open to traffic in 2023.

The final section stretches north-northeast from there to U.S. 64/U.S. 264 (Interstate 87) in Knightdale, due east of Raleigh. This portion of the project, however, will probably not begin construction until at least 2027.

In total, the two-part Southeast Extension will be 28 miles long and is budgeted at $2.2 billion. The project's financing will come through toll revenue bonds and a low-interest loan from the USDOT.

The extension also will connect with the existing 42-mile-long U.S. 540 around the north side of Raleigh to complete the Triangle Expressway (aka 540 Outer Loop).

And on the day the second phase is open to traffic, the circle around Raleigh, as the old spiritual says, will finally "be unbroken." Area residents will undoubtedly sing praises due to the fact the Triangle Expressway has been under construction at various times since 1992.

A Needed Solution for the Triangle

With the steady growth of the Triangle, which includes the cities of Raleigh, Durham and Chapel Hill, as well as several major suburbs and the important Research Triangle Park (RTP), state officials are confident that Complete 540 will provide a definitive answer to the area's often headache-inducing traffic jams. Located in the heart of the loop, RTP is the largest research and development park in the nation and lies adjacent to the eastern end of the Southeast Extension.

Car and truck congestion along the Interstate 440, I-40, N.C. Highway 42, N.C. 55 and Ten Ten Road corridors east-southeast of Raleigh are in dire need of the Complete 540 project to ease their traffic nightmares. 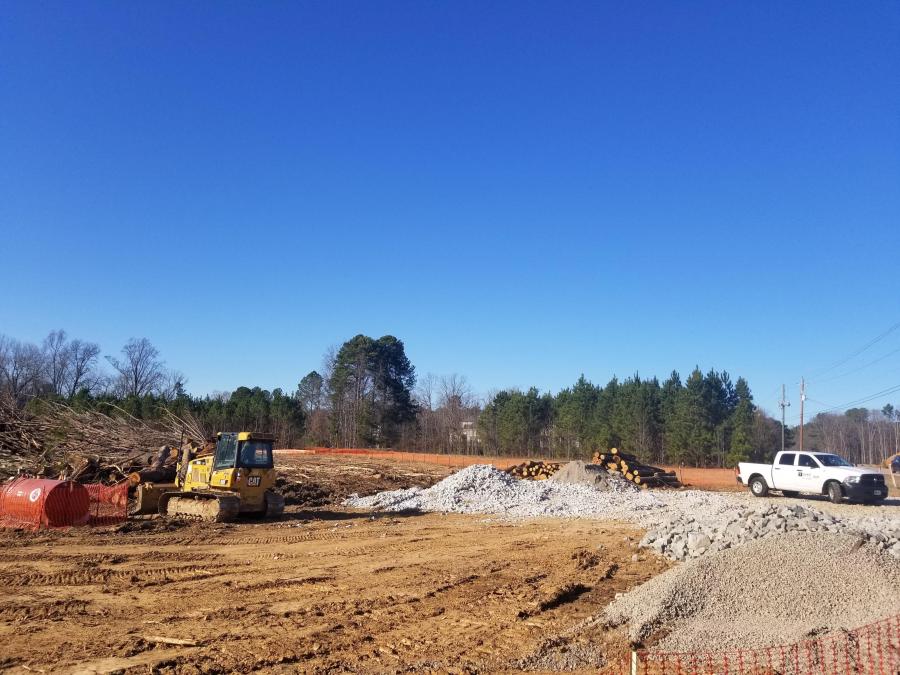 "Each are based on general transportation challenges in the Raleigh area and specifically, more localized needs," Hodges explained. "The first purpose is to improve mobility within or through the area during peak travel periods, while the second is to reduce forecasted congestion on the existing roadway network within the project area. The secondary goal, obviously, is to improve the linkage in the regional roadway network by completing the 540 Outer Loop around the greater Raleigh area — something that has been sought by area planners for more than 40 years."

Hodges added that the state expects construction of the remaining link to benefit local commuters living south and east of Raleigh, as well as motorists making longer trips through the Triangle. The current phase of the Southeast Extension will connect the suburban towns of Apex, Cary, Clayton, Garner, Fuquay-Varina and Holly Springs, along with Raleigh and the RTP.

When both phases are complete — probably in about 10 years — the extension will enable a direct connection from I-40 in southwest Durham to I-40 to U.S. 64/U.S. 264 east of Raleigh. The new extended roadway will be a tolled highway with three 12-foot lanes in each direction. Motorists will be able to travel within a 70-mile-per-hour speed limit, at least when traffic allows.

NCDOT awarded the first of three major contracts to the joint venture consisting of Flatiron Constructors and Branch Civil, with Gannett Fleming as the lead design firm. This part of construction will extend the existing Triangle Expressway eastward for roughly 4.3 miles from the N.C. 55 Bypass east to near Pierce Olive Road. 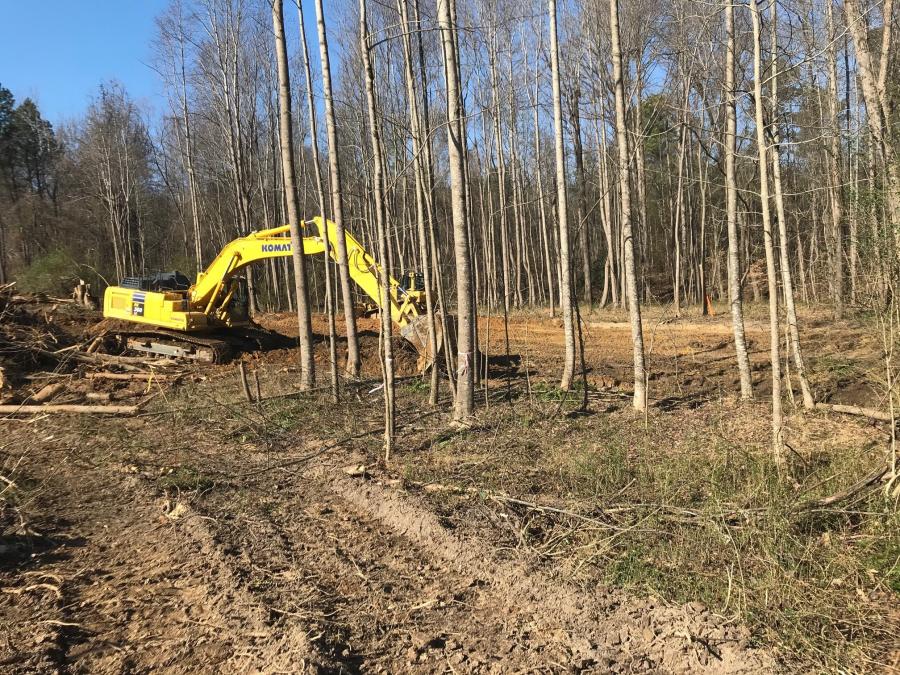 The second contract further extends the roadway for 4.9 miles from east of Pierce Olive Road to just east of US 401. It is being built by a joint venture between Flatiron Constructors and Branch Civil, with HDR Inc. providing the design.

Road work on another section of the first phase is being performed at a third point by the partnering of Lane Construction Company and Blythe Construction, along with the engineering/design firm WSP. This contract will build on 8.6 miles of the Complete 540 from U.S. 401 east to the five-legged turbine interchange with I-40.

Although the Triangle has so far experienced a largely wet, but warm winter, Hodges said weather would most likely not be a key factor in keeping the Southeast Extension project from getting off schedule over the coming weeks and months.

"We expect some level of challenge on more technical issues, including utilities work, especially petroleum product pipeline relocations, as well as working in Triassic soils and high-water tables in some locations," he explained.

By way of definition, Triassic basins are underlain by sedimentary rocks, mainly sandstone and siltstone that are very clay rich. As a result, the soil formed from these rocks does not readily transmit or soak up water. The eastern edge of Raleigh, as it turns out, is in the Deep River Basin, the state's largest such deposit of this type of soil.

Lots of Heavy Construction Ahead

In December, crews begun the task of clearing land, building median bridge foundations near I-40 and construction entrances along U.S. 401, with much of the same work in January going on at several other planned roadbeds and interchanges. For instance, pile driving for the West Lake Road bridge foundations are under way during daytime hours now through early March.

In total, the first phase of the Complete 540 project will include 49 new bridges and 33 new culverts. There will not be any improvements to existing bridges included in the current project, Hodges noted. Intersecting roadways that will be carried over or under N.C. 540 will be improved to the extent necessary to tie back to existing grades.

"The project does include new service roads and realignment of some roads," Hodges continued. "On the second phase, though, the U.S. 70 Bypass bridges are being replaced to accommodate the new turbine design at Interstate 40."

People and Machines on the Move

As the weeks progress, the contractors on the first phase will begin the assignment of moving over 10 million cu. yds. of earth, along with doing more than 150,000 LF of pile driving. Later, crews will place over 100,000 cu. yds. of concrete on the highway, ramps and bridges along the Complete 540 work area. 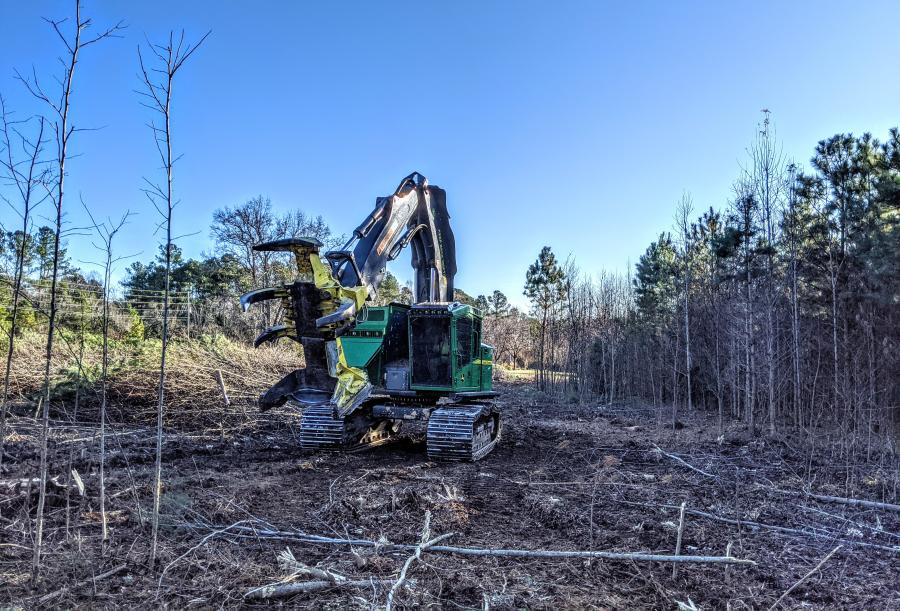 Hodges said the earthwork will require a combination of scrapers, articulated off-road trucks and on-road dump trucks. When it's time for the cranes to be brought in, he anticipates a combination of lattice boom crawlers and hydraulic cranes to swing into action along the new route. Each of the machines in use on the job will be a combination of contractor-owned and locally leased/rented equipment, he said.

Several special features are also being built into the road project. According to Hodges, based on life cycle cost analyses and the resultant allowance for competitive bidding of concrete vs. asphalt pavement, the stretch of road from U.S. 401 east to I-40 will consist of concrete pavement while the other two contracts to the west of U.S. 401 to N.C. 55 will be paved with asphalt.

Additionally, there will be a diverging diamond interchange at Holly Springs Road near the western end of the Complete 540 project, as well as the turbine interchange at I-40/NC-540/US-70 Business.

Aesthetic features will be built at points up and down the Southeast Extension, such as noise and retaining walls constructed of real brick, barrier wall and columns on bridges and artful columns for sign structures and toll facilities, the latter of which will incorporate all-electronic tolling.

"Although work will continue to more active this year, we expect 2021 to be the busiest year for construction of the project," Hodges said. "The two projects being performed by the Flatiron-Branch Joint Venture and its subcontractors will have approximately 200 employees on site at that time, with a like number of people in the crews working for the Lane-Blythe Joint Venture and its subcontractors on its own part of the road construction.

"This is in addition to the approximately 65 dedicated inspection, surveying and engineering staff representing NCDOT and NCTA. In all, we anticipate well over 500 employees at peak construction in 2021, including other administrative staff." CEG