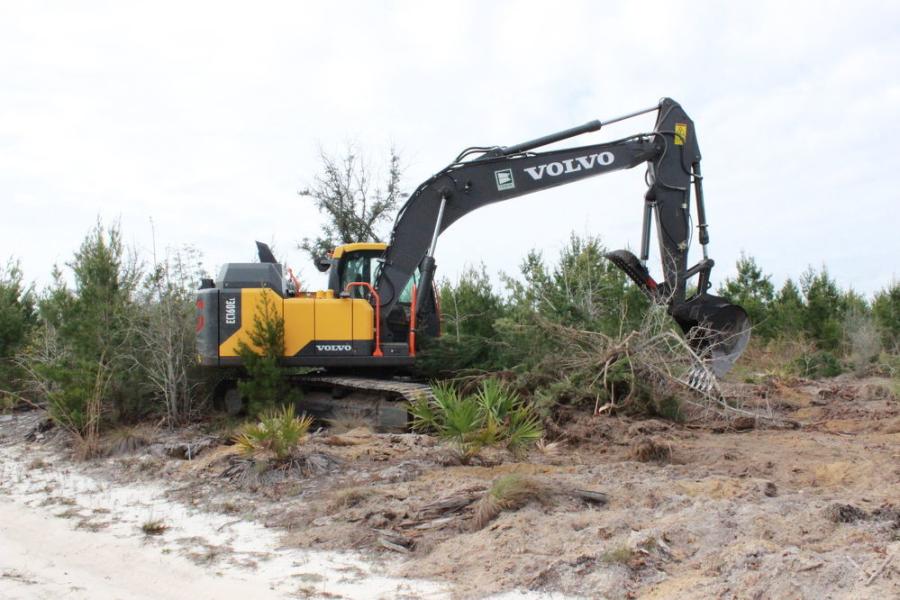 The land to be cleared in the project is flat and sandy, as Bay County is located in the Florida Panhandle. (FDOT photo)

In Bay County, Fla., work is under way on a $50 million, multiyear construction project that calls for a four-lane roadway on SR 388 from SR 79 to east of Northwest Florida Beaches International Airport. The Florida Department of Transportation (FDOT) is overseeing the work, which officially began in February.

"Traffic volume has increased on SR 388, due to the Northwest Florida Beaches International Airport's new facility, which opened in May 2010 and which is projected to grow in the future," said Adam Rose, spokesperson for FDOT. "With the growing traffic volumes, widening the road will alleviate congestion, along with making the intersection at the airport safer, with the installation of the roundabout."

Although it's early in the process, Rose said it's rewarding to see crews in action at the job site. 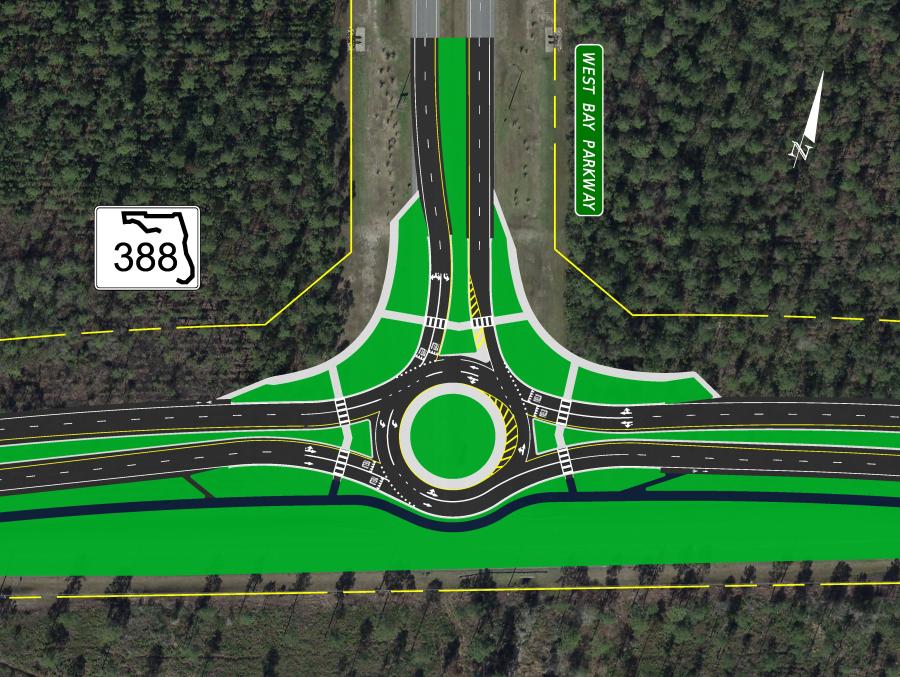 A great deal of planning was required to make the project a reality. SR 388 started with a project development and environmental study. After all alternatives were evaluated, FDOT chose the most appropriate option. Once funded, the SR 388 segment underwent a design phase to lay out the specifics for construction.

Work is scheduled for completion in fall 2023.

Overall, the project doesn't significantly interfere with current traffic flow patterns, because much of the work is being performed off the existing roadway.

"Likely, the biggest challenges on this project are the construction of the SR 388 roundabout at the entrance to Northwest Florida Beaches International Airport, due to its specialized nature, and the challenges of maintaining traffic entering and exiting the airport, as well as traffic traveling existing SR 388," said Rose.

Construction signage has been placed on both SR 79 and existing SR 388. Clearing and grubbing for the new SR 388 roadway began at SR 79 and is proceeding eastward. Utility relocation and temporary drainage system work also has begun.

The property was vacant forest land prior to being purchased by FDOT. No demolition was needed. As per current design standards, approximately 486,000 cu. yds. of regular excavation, 10,000 cu. yds. of subsoil exaction and 1 million cu. yds. of embankment material is scheduled to be moved during construction.

Clearing and grubbing, temporary storm drainage operations and the installation of erosion control measures are all taking place. Pond-area improvements are scheduled to begin in the near future.

Soil subgrade, embankment material, limerock base, asphalt, and concrete also will be required to complete the project.

Improvements along the 4-mi. project route include a new traffic signal at the new SR 388/79 intersection; intersection alignment; a multilane roundabout at the entrance to Northwest Florida Beaches International Airport; twin 720-ft. bridges over Crooked Creek; a 12-ft., shared-use path along the south side; and buffered bike lanes.

The twin 720-ft. bridges over Crooked Creek will be constructed on prestressed concrete pilings.

Regarding the intersection alignment at SR 388/79, north- and southbound turn lane improvements will be included, along with a stub-out for future road construction on the west side of the intersection.

In building the multilane roundabout at the entrance of the airport, FDOT contractors will work closely with airport officials during roundabout construction, to ensure a smooth transition and minimize traffic flow disruptions. Entrance to and from the Northwest Florida Beaches International Airport will be maintained. Multiple special detours are scheduled throughout the length of the project, to assist in maintaining traffic patterns.

The 12-ft. shared-use path and buffered bike lanes will be constructed basically the same as any other roadway, just on a smaller scale. This includes clearing and grubbing the area, utility relocation, stormwater drainage system construction, grading and leveling the area, embankment material preparation and asphalt placement operations.

"During the roundabout construction, drivers can anticipate nighttime temporary lane restrictions near the Northwest Florida Beaches International Airport entrance," he said. "Nighttime temporary lane restrictions can also be anticipated during the SR 388/SR 79 intersection improvements. No lane closures will occur from 6 a.m. to 8 p.m. Monday through Friday, and 5 a.m. to 7 p.m. Saturday or Sunday."

"Settlement pads (loading an area with dirt to measure ground settlement and assure proper drainage) are being utilized in predetermined areas and are subject to formulated time frames to determine the settlement," he said. "Stormwater drainage pipe and embankment material placement also require large amounts of time, due to the size of the construction project."

Construction activities, depending on the forecast, may be delayed or rescheduled, in the event of inclement weather. Motorists are reminded to use caution and to watch for heavy equipment and construction workers entering and exiting the roadway. Performing work near a busy airport means taking every precaution to keep everyone out of harm's way.

"Safety is always a priority," said Rose. "FDOT and the Northwest Florida Beaches International Airport personnel are in close communication throughout all phases of the project to inform the public of upcoming construction-related activities, including temporary lane closures, detours, traffic shifts and project updates."

Bay County, located in the center of Northwest Florida, is also known as the Florida Panhandle. Panama City Beach, a resort city on the Gulf of Mexico, is famous for its white-sand beach, emerald-green water and outdoor activities. Panama City Beach is a four-season destination for water sports enthusiasts who enjoy kayaking, sailing, and fishing.