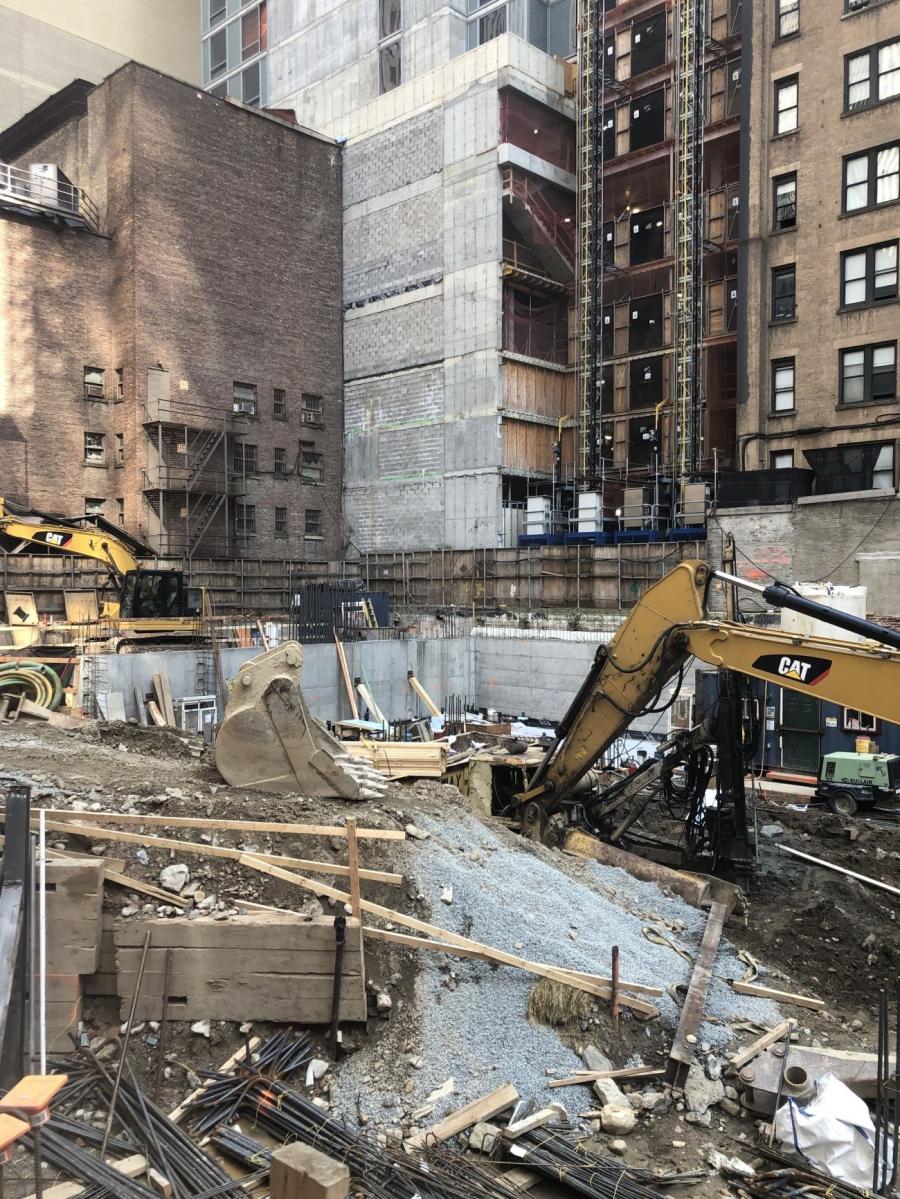 Foundation work is currently taking shape at 150 West 48th Street, the site of a planned 34-story, 974-room hotel in midtown Manhattan's Times Square. It will rank among the largest hotels to debut in the city this decade when complete.

The 300,216-sq.-ft. structure is designed by Gene Kaufman Architect and developed by Sam Chang of McSam Hotel Group, which purchased the property from Rockefeller Group in early 2019 for $140 million.

The developer received a $250 million construction loan before breaking ground.

Located between Sixth Avenue and Seventh Avenue, the project will be one of the largest hotels in New York City.

Recent photos show the degree of progress that has occurred at the site since mid-April, when excavation had just begun. The foundation walls are now mostly formed, as well as a plethora of steel rebar protrudes from the perimeter and inner columns, awaiting the next pour of concrete. Some excavation remains around the center of the plot, where the dirt ramp is standing.

Part of the floor slab on the southern end of the property is complete, and wooden railings and walkways traverse different parts of the site.

New Yorkers will likely see the sub-level portion of 150 West 48th Street progress through the rest of the summer and presumably reach street level sometime this fall.

The project will join several other hotels under construction in the immediate vicinity, including the Hard Rock Hotel at 159 West 48th Street, the RIU Hotel at 145 West 47th Street and the TSX Broadway at 1568 Broadway.

A completion date for 150 West 48th Street has yet to be announced.