Gauging the construction industry in Arizona in 2009 was not a question of deciding whether the glass was half full or half empty. 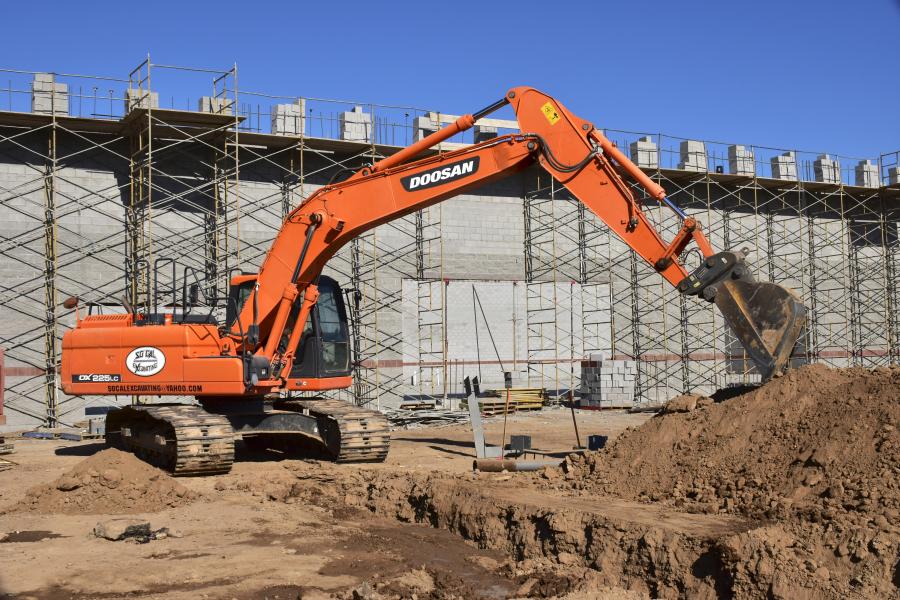 The undeveloped site was once occupied by a dairy farm, so when Kevin and his crew began digging to install utilities, they encountered some unexpected debris, mostly broken pieces of concrete.

Gauging the construction industry in Arizona in 2009 was not a question of deciding whether the glass was half full or half empty. There was hardly a glass to evaluate.

The once-booming state ranked as one of the three weakest economically in the nation, according to the Phoenix Business Journal. It rated next to last in job and wage growth, and 48th in home value and income growth. Arizona had the highest percentage (9.9 percent) of job losses since the Great Recession started in 2007.

During better times (2000 to 2006), the population of Arizona grew approximately 27 percent, according to the U.S. Census Bureau. For the next couple of years, population growth was flat. That meant that new construction, the driving force in the state's economy, was stagnant as well.

So, who would want to start a construction business under such a dark economic cloud?

California transplants Kevin and Jackie Olive did. They moved to Arizona in 2006 after Kevin sold his excavating business in Ventura County in the Los Angeles area. After working a couple of years for a general construction company, he decided he was fit to run his own company. So Cal Excavating, located between Phoenix and Tucson in Casa Grande, Ariz., began in 2009.

“It certainly was not the best of economic times,” Jackie recalled. “Kevin started with a credit card and a lot of faith. It was a real shot in the dark, and eventually it paid off. About two months after opening the door, we got our first job because someone was willing to take a chance on a new company. The first job — installing utilities — went well, and through word of mouth, we started to grow.”

In the beginning, the fledgling company had to rent equipment whenever it was hired for a project.

“Most often the rented machine worked out well, other times not so good,” Jackie said. “All our jobs have a schedule that needs to be met every day and that's not going to happen if your rental equipment is broken down or not available. In the early years, we had no choice but to rent.”

One company that provided So Cal Excavating with solid, reliable rental equipment was Ditch Witch of Arizona, according to the company. Kevin came to rely on them for machines, especially the Doosan brand of crawler excavators and wheel loaders.

Kevin's prior rental relationship with Ditch Witch of Arizona paid off in January 2014. That's when an inspecting engineer informed the Casa Grande Public Works Department that manholes on an 18-in. (45.72 cm) PVC sewer line had suffered almost total structural failure. It was, in fact, in imminent danger of collapse.

Once the problem was detected, the Public Works Department contacted So Cal Excavating. The company was now six years old. It had also been previously approved for city projects through the public works on-call services program.

That night, Kevin visited the site and assessed the situation. He saw that the concrete of the existing manholes and bases was severely damaged from sulfuric acid, the result of high levels of hydrogen sulfide throughout the 28-year life of the pipeline. Other factors that contributed to the problem, according to the Public Works Department, included failure to fill in around the previous 12-in. (30.48 cm) sewer line after it was abandoned many years ago and excessive loading by a power company that was working in the area.

After the city accepted Kevin's bid for the job, which included replacing the manholes, bypassing the main sewer line during construction, backfilling, concrete and patching the pavement, he had to find a machine that could do the work.

He called Ditch Witch of Arizona looking for an excavator in the 24-metric-ton category range. A Doosan DX225LC-3 crawler excavator, a mid-size, 167-hp machine, was identified as the best choice. This emergency project gave Kevin a chance to test the excavator in a stressful and demanding situation.

At the completion of the job, with the new manholes in place and the sewer running smoothly, Kevin decided to add the excavator to his equipment fleet.

“Prior to the job for the Casa Grande Public Works Department, we had a mini-excavator and rented larger machines as needed,” he said. “Once I had a chance to operate the DX225LC-3 for several days, in a difficult work environment — and a very dirty one at that — I could see how we could benefit by owning the unit.”

With the economy improving and the business growing, productive equipment is just what So Cal Excavating needed. The investment in Doosan machines — including the more recent purchase of a DL200-3 wheel loader — helped the company keep up with an increasing number of available opportunities.

“The last three years, we have had three to six jobs going on simultaneously throughout the valley,” Jackie said. “It's all underground, except for paving, so you cannot see what we have accomplished, but I think our list of finished projects is quite impressive: Circle K gas station stores; Longhorn Steakhouse, I-Hop, McDonalds and Raising Cane's restaurants; Goodwill stores; and Toka Sticks Golf Club.

“As our business continues to grow, we added another family member to our team, Audra Olive, Kevin's sister,” said Jackie. “Audra is the company's safety compliance manager. We feel that it is important to emphasize safety on our construction sites, and Audra plays an important part in our company's success.”

On a recent project — a new Goodwill store at Higley Pavilion in Gilbert, Ariz. — the value of both the DX225LC-3 excavator and the DL200-3 wheel loader was demonstrated. The undeveloped site was once occupied by a dairy farm, so when Kevin and his crew began digging to install utilities, they encountered some unexpected debris, mostly broken pieces of concrete.

Both Doosan machines were used to extract the concrete and load it into trucks before hauling it away. The Doosan wheel loader displayed maneuverability as it worked around all of the construction at the site. The DL200-3 also was used to grade the parking lot prior to So Cal Excavating installing asphalt paving.

“During the two months we were on this job, our Doosan machines did everything we needed them to do, once again proving how valuable they are,” Kevin said.

The Olives have created a very successful niche for their company throughout an area that is called “the valley of the sun.” The firm does all commercial work, installing underground utilities, both wet and dry.

The owners are well aware of how the economy affects their bottom line.

“In our line of work, it's either feast or famine,” Jackie said. “We prefer feast, and that's what it has been the past few years.”