Foxconn said the project would create 3,000 jobs, but that number could jump up to 13,000, CNN reported. 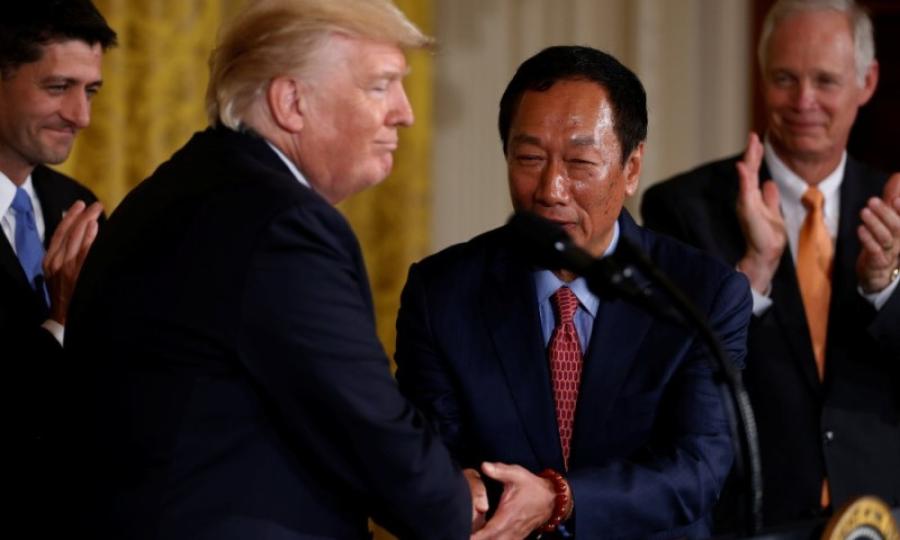 The $10 billion plant should be completed by 2020, according to Wisconsin Governor Scott Walker, who said that the project could transform the state.

“We've named it Wiscon Valley,” said Walker to reporters at the White House, where Foxconn made its announcement. “It could be very much like Silicon Valley.”

Foxconn said the project would create 3,000 jobs, but that number could jump up to 13,000, CNN reported.

The company, which looked at other states, including Ohio, Michigan and Pennsylvania, before choosing to build in Wisconsin, already has facilities in Virginia and Indiana. However, Foxconn's website states that those locations have less than 1,000 employees each, CNN reported.

While Foxconn CEO Terry Gou has spoken of moving some of the company's manufacturing to the U.S. for years, a $30 million planned plant in Pennsylvania that was announced in 2013 still has not been built.

This time around, Foxconn has cut a deal with Wisconsin which includes $3 billion in incentives, although it must first receive legislative approval, Walker said.

The company's plans have received praise from President Trump, who called Gou “one of the greatest businessmen anywhere in the world,” CNN reported.