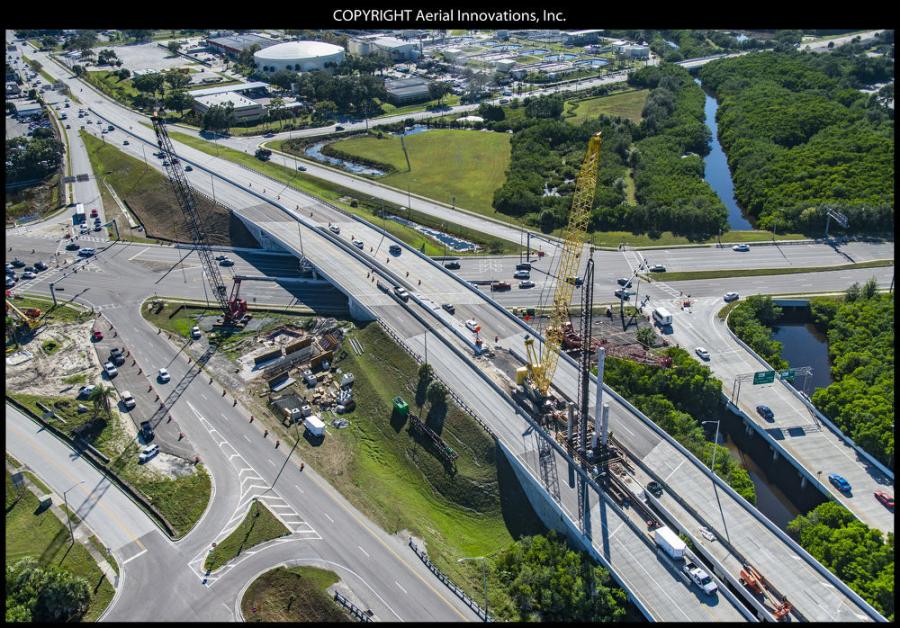 The design-build project began Aug. 21, 2017, and the current expected completion date is early 2023. Crews are constructing the future SR 690, a new four-lane elevated tolled expressway connection from U.S. 19 to the west of I-275.

The Florida Department of Transportation is working on one of the biggest construction projects in Tampa Bay history: The Gateway Expressway. The two-part project consists of constructing two new two-lane elevated tolled roadways that will provide direct connections between U.S. 19 and I-275 and between the Bayside Bridge north of 49th Street North and I-275 in Pinellas County, according to Kris Carson, FDOT District Seven communications manager. This elevated highway will be designated State Road 690 above 118th Avenue North between I-275 and U.S. 19. The other part is a raised highway in the median of SR 686 from 118th Avenue North to the Bayside Bridge. 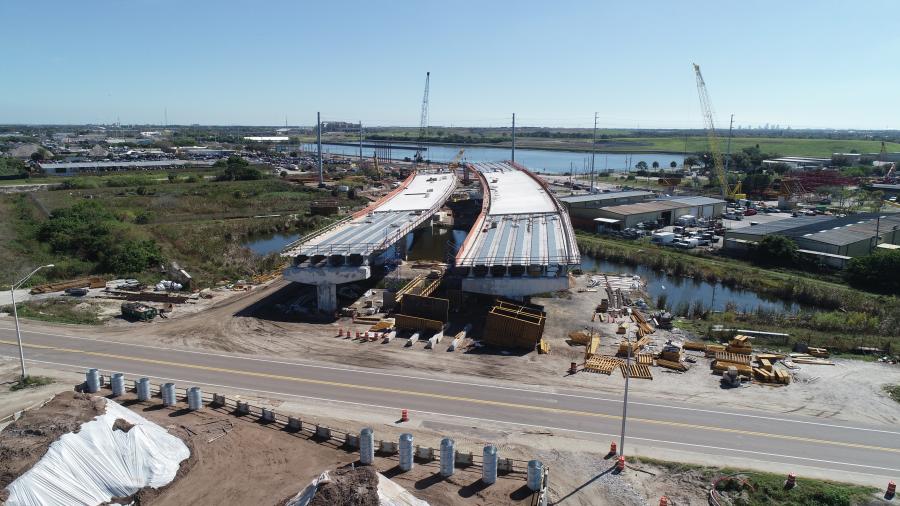 The Gateway Expressway project has been designated a priority project to improve traffic flow in Pinellas County. The new roadway is expected to decrease travel times, making it easier and faster to drive from Pinellas County across the bay into Tampa. Transportation problems have been around for decades, but several expressway projects were cancelled as far back as the 1970s and 1980s, so the county has had no major limited-access thoroughfares other than I-275. While significant upgrades to U.S. 19 in the 2000s improved north-south traffic flow, east-west traffic has been relegated to local roads.

Greg Deese, FDOT engineer, told ABC Action News that the project has gained momentum in the past two years. By late 2022, it should connect U.S. 19 to I-275 and the Bayside Bridge to I-275, giving drivers a tolled option to commute "several miles up and over dozens of traffic signals."

In addition to speeding up traffic flow, one of the Gateway Expressway project's goals is "to improve the existing roadway system by enhancing safety, adding capacity and improving mobility," Carson added. 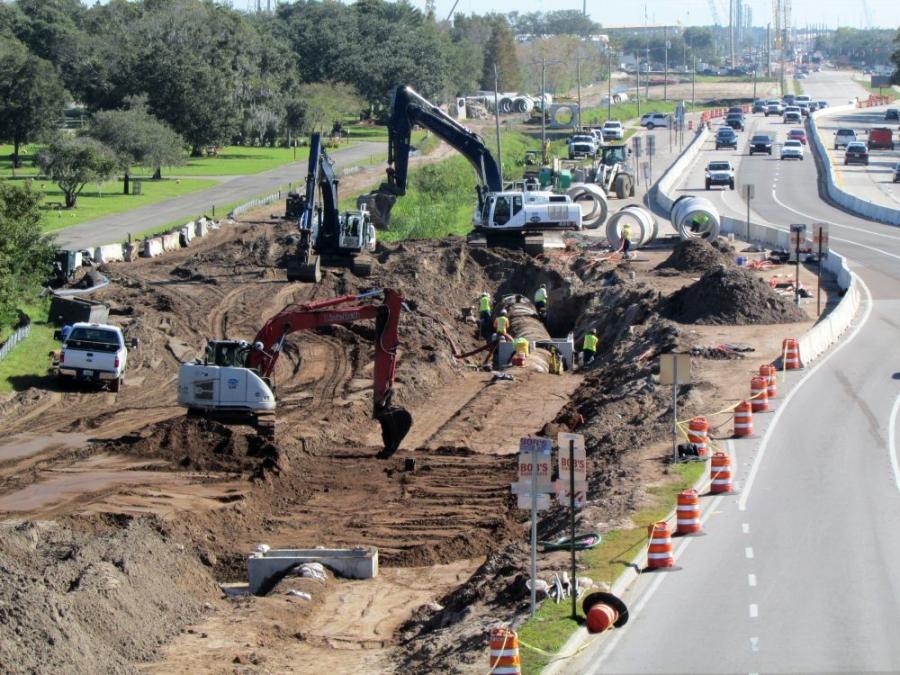 The de Moya Group Inc. is a highway and bridge construction company with 25 years of civil construction experience throughout Florida. Founded in 1986 by three brothers, it specializes in complex major infrastructure projects.

The joint venture has worked on several other projects, but a spokesperson said "Winning the Gateway Project is a great opportunity for Archer Western/de Moya Group to work with the Florida Department of Transportation in District Seven."

Cardno, a global infrastructure, environmental and social development company, is providing design review, procurement and RFP assistance, in addition to construction administration throughout the five-year project and monitoring and inspection of onsite construction operations and materials.

The design-build project began Aug. 21, 2017, and Carson said the current expected completion date is early 2023. In short, they are constructing the future SR 690, a new four-lane elevated tolled expressway connection from U.S. 19 to the west of I-275.

A new four-lane tollway expressway from the Bayside Bridge to just west of I-275 also is being built. 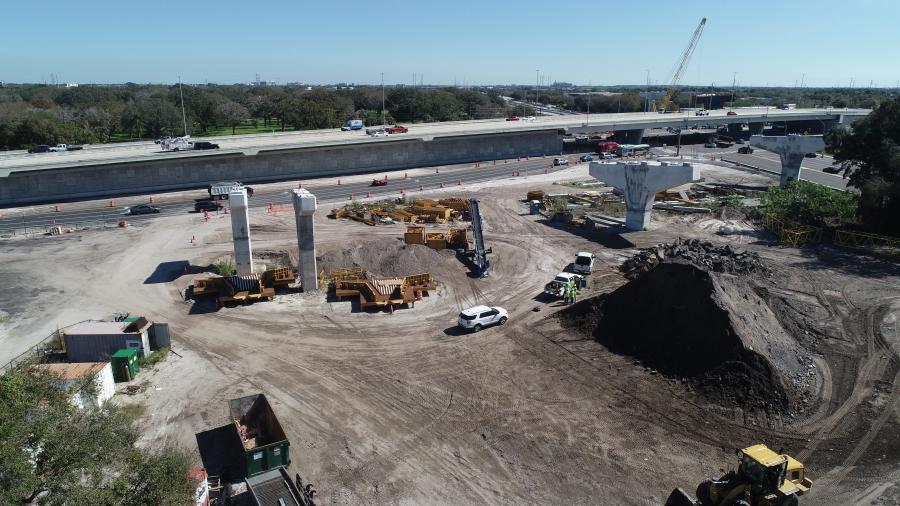 "It will be primarily built in the median of the Roosevelt Boulevard between the Bayside Bridge and Ulmerton Road," Carson said.

An interchange at Ulmerton Road will be built as part of this project. The new roadway will continue south until it merges with SR 690.

In addition to the new SR 690 four-lane tolled expressway from U.S. 19 to west of I-275 and from the Bayside Bridge to I-275, project improvements include:

In addition, I-275 will be widened to add toll lanes in each direction along the median next to the existing lanes from south of Gandy Boulevard to 4th Street North. These lanes are being designed in preparation for future express lanes proposed for the Howard Frankland Bridge. 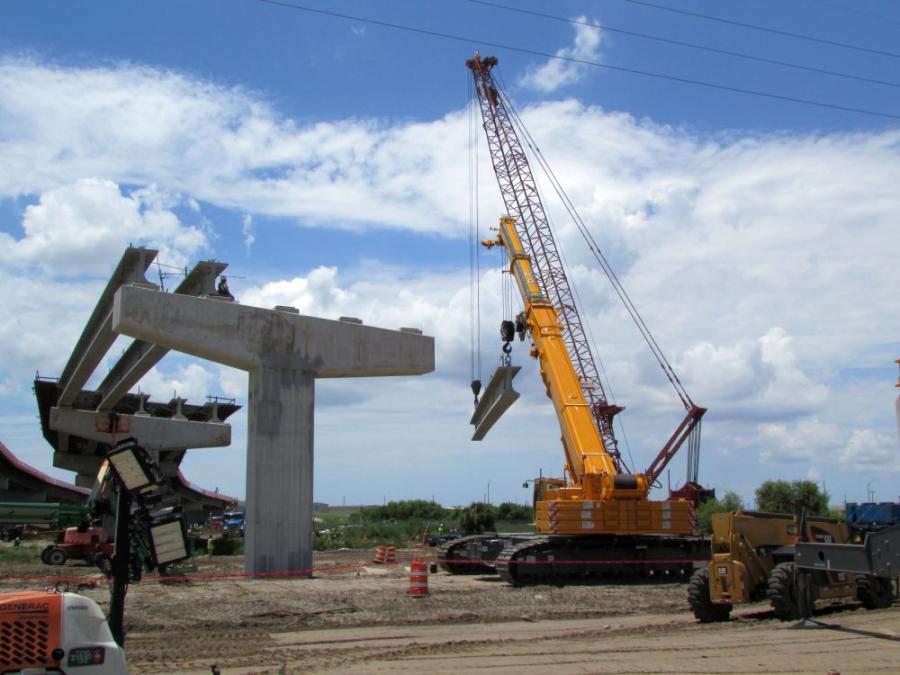 The new express lanes along I-275 are in addition to the existing general-purpose, non-tolled lanes and are intended to ease congestion and improve traffic flow. FDOT points out that the existing roadways will remain the same for drivers who do not want to pay tolls.

ABC Action News recorded Deese as saying, "The surface streets are only going to be for local traffic."

He considers the project a "huge improvement" for commuters who will no longer have to stop at lights and said it will dramatically improve traffic flow, significantly reducing delays. But even drivers on the local streets should see reduced congestion with many travelers diverted to the toll roads.

The project also will make it easier for drivers to get to St. Pete Clearwater International Airport, according to FDOT.

Carson said the project team works closely with the FDOT Public Information Office because community outreach and public information are vital to the success of the design-build project. There is a designated website providing updates and alerts to upcoming lane closures and detours.

Despite that, local business owners complain about the vibration of demolition, the noise of construction and the resulting decrease in business (up to 40 percent for some companies) as a result of detours, lane closures, congestion and general obstruction.

Deese said that 250 construction workers are on the job site 5 to 6 days a week, day and night, to try to complete the job quickly.

There have been a few challenges with relocating overhead utility lines along 118th Avenue, Carson said. The lines must be moved in order to "build new bridges, allowing travel lanes to remain open while constructing the elevated roadways in the medians of 118th Avenue North and Roosevelt Boulevard, and while removing sections of the northbound I-275 ramp to Roosevelt Boulevard while maintaining traffic," she said. 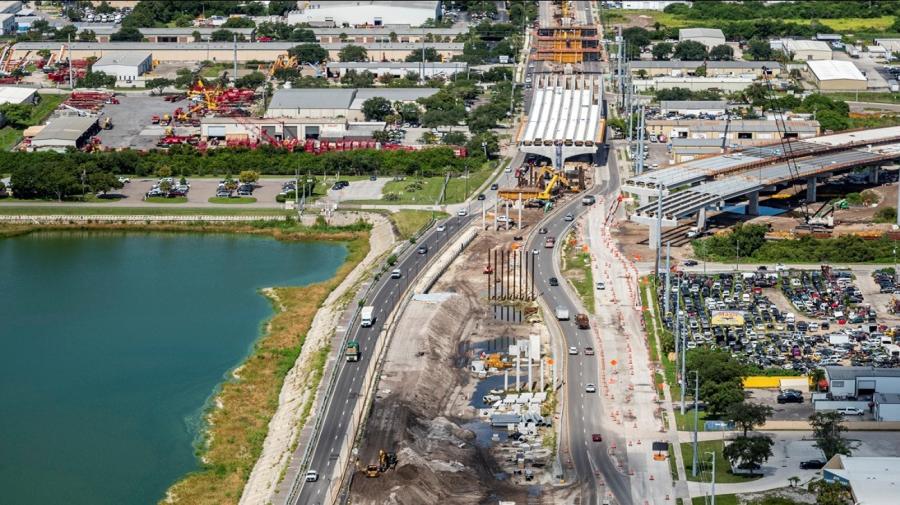 "Another operation was the removal of the 4th Street North overpass bridge over I-275 in less than 16 hours," she added.

To speed construction, TyBot, a completely autonomous rebar tying robot, is being used during rebar installation work on the many bridges being constructed on this project, Carson noted. TyBot doesn't require pre-mapping, programming or calibration. It self-locates, self-positions and self-ties up to 1,000 intersections an hour. It can be deployed to any job site that has screed rails in place and will do the work of a 6- to 8-person team.

Other equipment being used as part of this project is owned by the Archer Western-de Moya Joint Venture, purchased from Ring Power. Rental equipment came from Kelly Crane and Hunter Crane Merchant Transport and Rigging, Carson said.

Materials used thus far on this project include:

Despite the challenges and complexity of the project, Carson said it is currently on schedule to complete late next year. CEG