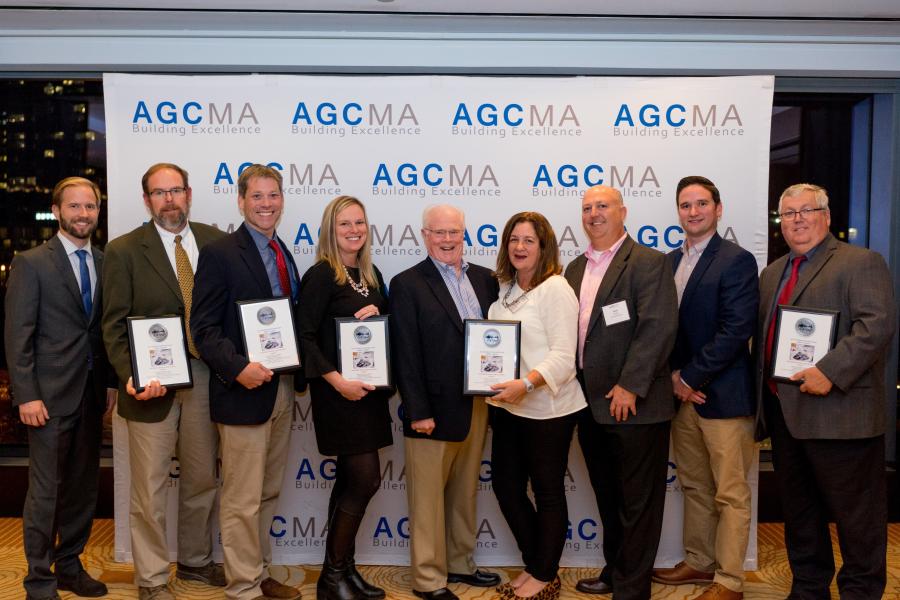 Gilbane served as construction manager for the new Winthrop Middle/High School, a culmination of the community's vision for a combined school that maintains separate identities. The success of the project was a direct result of a collaborative effort with Winthrop Public Schools, Gilbane Building Company, the owner's project manager Skanska USA Building and architect HMFH Architects.

The scope of the project included first abating and demolishing the existing Winthrop High School to allow for the construction of a new middle/high school on the same site. Serving 970 students in grades 6-12, the interior of the building was designed to focus on interdisciplinary team teaching. The building contains two separate zones for the middle and high schools joined by shared core facilities including the 12,000-sq. ft. gymnasium, library, kitchen, and 580-seat auditorium. Select classrooms in both wings have exterior overhead bi-fold doors offering access to outside project areas, classroom and exercise spaces. Specialty spaces include a 100-seat black box theater, vocational fabrication and carpentry space for the unique “Viking long ship” historically-accurate ship-building program (Vikings are the school mascot), culinary arts café, state-of-the-art science labs and a community pre-school program learning lab.

“The collaborative atmosphere that the team fostered and encouraged served to enhance the project from all directions both aesthetically and financially. From start to finish, the project was an extremely satisfying and enjoyable experience.” said John J. Macero, former superintendent of Winthrop Public School District and current superintendent Stoneham School District.

Build New England is an awards program designed to recognize exceptional teams that build projects in New England. It was established in 1981 by the AGC of Massachusetts in order to bring public awareness to the positive contributions of the Building Industry. This awards program was one of the first nationally to recognize the entire project team, the owner, the designer, the constructor and key subcontractors for their collective achievements and collaborative efforts.