Gov. Cuomo Orders Acceleration of Construction on Bridges and Tunnels 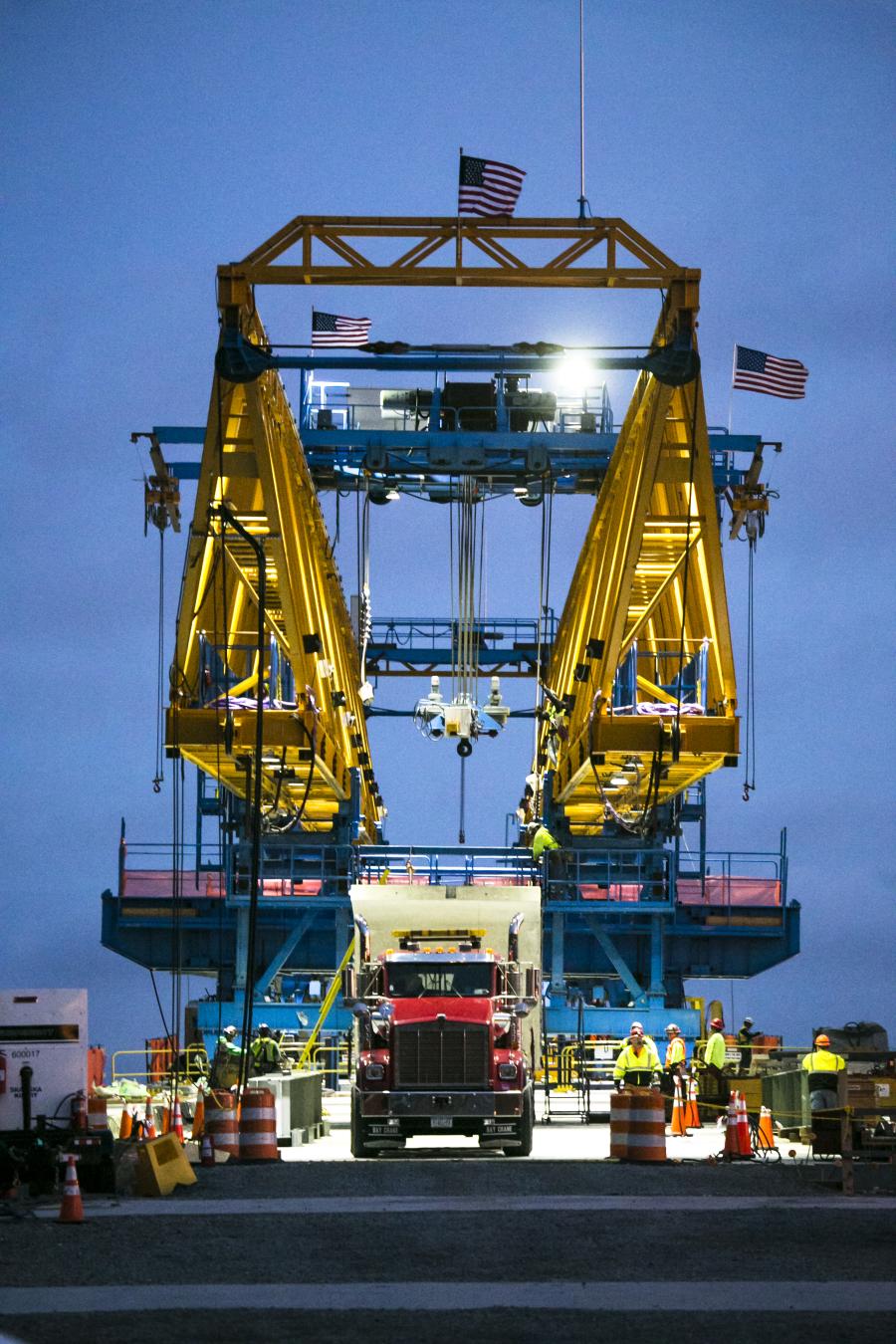 The Verrazano Narrows Bridge construction is one of several projects Gov. Cuomo has ordered accelerated by five months. (HDR photo)

Gov. Andrew M. Cuomo has ordered an acceleration of the construction on MTA bridges and tunnels to mitigate the effects of additional vehicles on the road caused by Amtrak's emergency repair work this summer. This aggressive schedule ensures major construction projects will be completed by July 8 to reduce vehicular congestion during Amtrak's extended period of widespread reduced service. Cuomo's order will mean that all major commuting crossings will be cashless and all lanes will be open during the daytime.

“Our top priority is ensuring all New Yorkers can get where they need to go as quickly and easily as possible this summer and we're taking every conceivable step to prepare for Amtrak's summer of hell,” Cuomo said. “By aggressively expediting construction we are taking action to ease commutes and provide New Yorkers with peace of mind.”

A special interagency team, composed of the governor's office, the department of transportation and the MTA, is overseeing the expedited construction. In May, Cuomo directed the MTA to develop a comprehensive mitigation plan to combat the Pennsylvania Station summer crisis. Amtrak is proposing repairs that would reduce the number of trains at Pennsylvania Station by approximately 20 percent during peak travel times and as a result, commuters searching for alternative methods of transportation will crush an already overburdened subway system and clog roads and bridges.

Construction projects that will be accelerated for completion by July 8th are:

• ORT Construction: Cashless Tolling Go Live date accelerated by nearly five months, from Nov. 30, 2017, to July 8, 2017. This will improve traffic flow by allowing customers to travel without stopping to pay a toll.

• New Bus/HOV Lane on Upper Level: Project completion accelerated five months, from November 2017 to week of June 19th, 2017, allowing for the opening of the Brooklyn bound Bus/HOV lane. Will result in a continuous 14-mi. Bus/HOV lane from Staten Island to Lower Manhattan — improving traffic flow on the Staten Island and Gowanus Expressways — providing up to 15 minutes reduction in travel time for more than 30,000 daily commuters. Adding this 7th lane increases roadway capacity by 16 percent.

• New Bus/HOV Ramp: Completed one month early, the ramp will link the Verrazano bridge to the Gowanus Expressway with the new Bus/HOV ramp.

• Sandy Reconstruction: Accelerated construction of the north tube from Aug. 31, 2017, to July 8, 2017. Motorists will experience full use of both tubes during daytime hours with suspension of daytime weekend closures starting July 8, 2017, which will significantly improve customer travel time.

Completion by July 4, 2017. The entire ramp will be re-opened to operate at its full two-lane capacity for customers using the downtown Manhattan exit ramp of the QMT. One of the two ramp lanes has been closed since Sept. 16, 2016.

• ORT Construction: Cashless Tolling Go Live date accelerated two and a half months, from Aug. 31, 2017, to June 15, 2017. Improves traffic flow by allowing customers to travel without stopping to pay a toll.

• New 125th Street Manhattan on-bound ramp to RFK Bridge: Accelerated ramp reconstruction by six months from Dec. 31, 2017, to June 30, 2017. Project restores full capacity of the ramp with both lanes opened, thereby improving traffic flow from Manhattan to Queens/Bronx. One of the two lanes has been closed since Feb. 29, 2016.

• Reconstruction of Queens to Manhattan Ramp: Construction completion by July 8, 2017. One lane has been closed to accommodate ramp reconstruction since July 23, 2016. Restoring this ramp to its full capacity will improve traffic flow and ease congestion in this heavily traveled corridor.