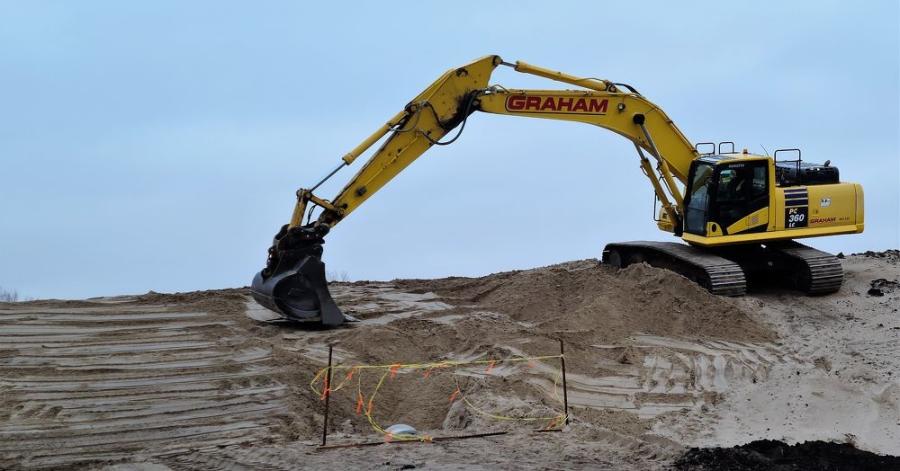 The Nebraska Department of Transportation (NDOT) is overseeing a $62 million project that calls for a four-lane divided expressway on the south side of Fremont in Dodge County. The endeavor coincides with recent increased development in the area. 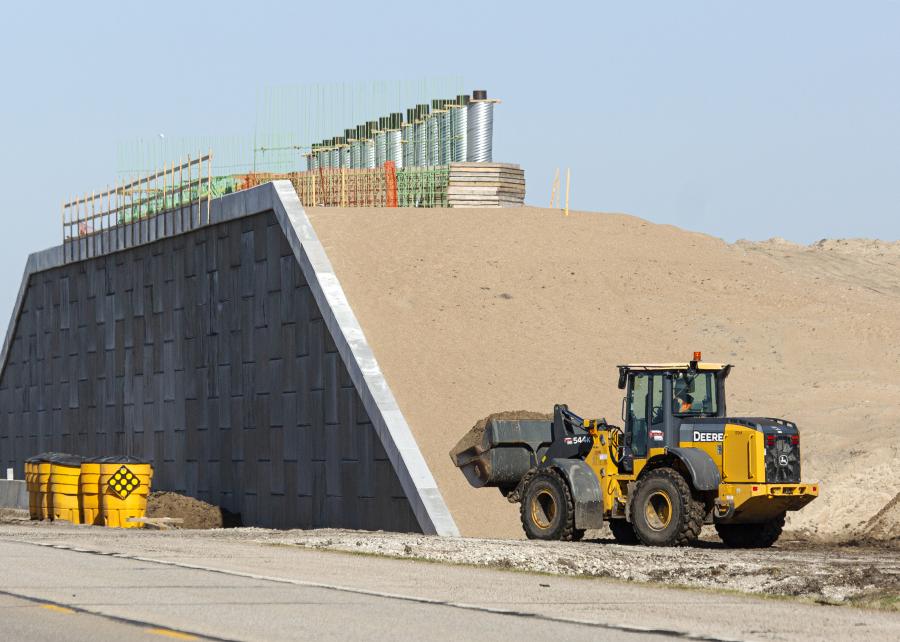 "The Fremont Southeast Beltway has been a project desired for the local community as traffic has increased as a result of growth and increased economic opportunities along this corridor," said Jeni Campana, NDOT spokesperson.

"Construction was made possible by community-based match funding to help boost the economic opportunities in the area. This project will provide increased mobility in the region and remove heavier truck traffic from having to be moved through Fremont, increasing safety to the area."

The new expressway will include four travel lanes (two in each direction); inside and outside shoulders; and a raised median. Bridges will be constructed at BNSF Railway, Union Pacific Railroad/Old Highway 275 and the U.S.-77/U.S.-275 interchange. The expressway will add local road connections at Broad Street, Downing Street, Old Highway 275 and Old Highway 8. The project will incorporate roundabout intersections at Broad Street, Downing Street and the U.S.-275 interchange ramp terminals.

"As this is a beltway, current work is all on what will be new alignment," said Campana. "This means work is being completed along the entire stretch including paving, roundabout construction and bridge and culvert construction. There have been no major issues or complications to date, and work is moving on schedule."

The length of the proposed alternative is approximately 3.2 mi. The project has required very little excavation.

"Rather, we needed to build up the roadbed. By the end, we will move 2.2 million cubic yards of dirt," said Campana.

Work on the bridge over Highway 275 started last year with the driving of more than a mile of piling to support the substructure. This work was primarily constructed during frigid weather, using standard cold weather concrete, insulated forms, heated water and temp monitoring.

Campana said motorists are not significantly affected by the construction.

"This is new construction, so we are able to complete the work without major disruptions. Impacts to traffic have been mostly on bridge work, where night work is utilized to minimize impact for travel delays, while also increasing overall safety.

"The biggest challenge with traffic is with existing 275 and getting the large NU 900 concrete girders set over the roadway. The NU 900 girders are designed in Nebraska and are utilized across the nation." 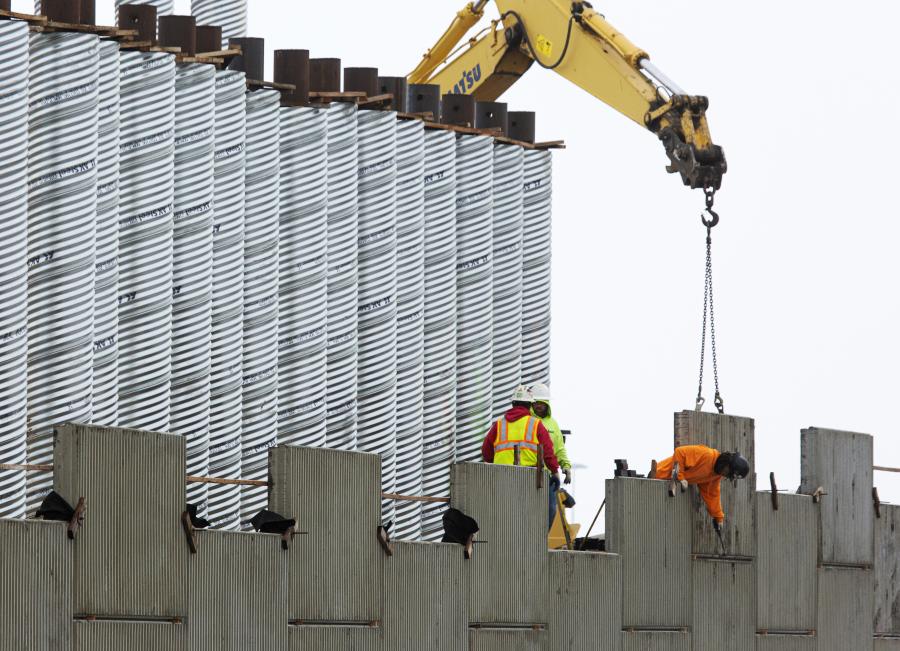 To accomplish the girder placement and bridge deck construction, crews used closures of 275, first the westbound and then the eastbound for one night each and used a detour for traffic during the overnight hours.

"Fall protection and intermittent lane closures have been used to avoid potential hazards to the traveling public in addition to increasing safety of the workforce on site.

"Once we pour deck, we have new-to-Nebraska modified deck curing requirements to try to ensure a consistent cure while achieving the highest strengths over a 15- to 17-day period, depending on options chosen by the contractor."

In terms of how exiting roadways will tie into the new beltway, Old Highway 8 will be directly connecting to the 275 expressway and Highway 77, which was not connected previously.

Broad Street will tie to the new Highway 77 beltway via a two-lane roundabout at the approximate location of main street now.

Downing Street also is a major corridor connected by a two-lane roundabout to tie into the new beltway. The new highway 77 beltway will cross over Old Highway 275 with a return access road and turn lanes back to Old 275 from the north.

"The most time-consuming portion of the project is building the embankment and three bridges," said Campana. "The contractor has been hard at work to remain committed to the accelerated timeline, including working long hours and during the weekends."

"The Fremont Southeast Beltway project is a great example of what we are focusing on at the Department," said NDOT Director Kyle Schneweis in a news release. "Partnering with the local community to build projects that support economic vitality and improve the quality of life for Nebraskans. Without Fremont's partnership and support from Lincoln Premium Poultry this project wouldn't be happening."

"With very good productivity last year on the areas we were able to work in, we were able to gain in our schedule. With favorable weather hopefully this year, we will continue gaining further, and complete this project ahead of the contract completion date."

A variety of excavators are being used on the project, from John Deere 50D to a Komatsu PC490. Crews also are using Case International STX580 Quadtrac tractors with K-Tec scrapers; Cat D6XE dozers; and others.

A Cat RM500 reclaimer and an assortment of other equipment — compactors, skid steers and loaders — are needed to complete the work, along with GOMACO paving spread consisting of a 9500 trimmer; GHP-2800 paver; an RTP 500 concrete placer; and a TC600 texture/cure machine.

The Fremont Southeast Beltway will be constructed with a concrete paved surface per Nebraska standard specification. The main embankment fill material is sand sourced from multiple borrow sites in close proximity to the alignment. 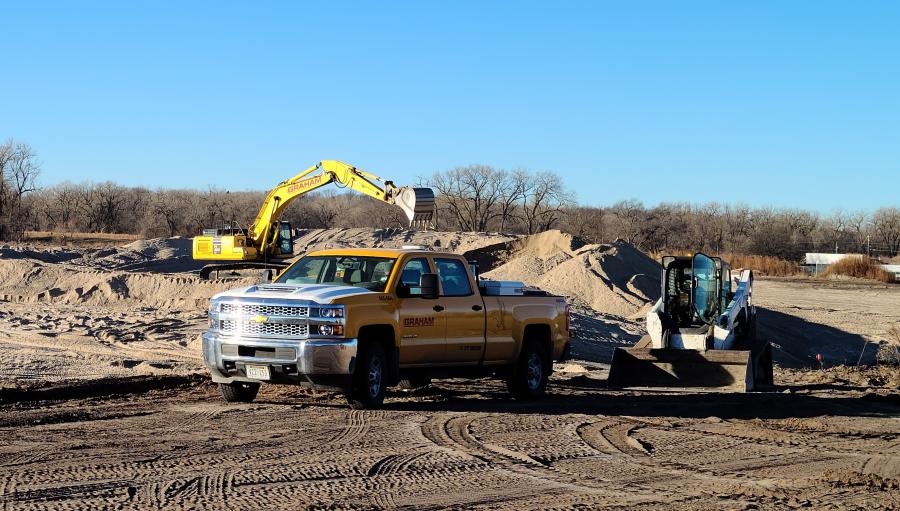 "Currently, we are working on embankment for the whole alignment," said Potgieter. "We have completed half of the more than two million cubic yards required for the project last year, with most of the remainder scheduled for this year. We are wrapping up the last items outstanding on the first bridge over the existing 275 Expressway. The last bridge structure over BNSF Rail is due to start soon. We also are preparing for the next section of concrete surfacing we will install."

As for unexpected issues, Potgieter explained that the duration for obtaining the required borrow permits took longer than planned.

"This was overcome by working in the areas where we were able to perform efficiently, and communicating clearly to NDOT what we need and when. NDOT's assistance and clear response on the status of the permits enabled us to schedule work with a realistic timeline.

"Our slogan at Graham is ‘Your construction solution partner'," added Potgieter. "This approach worked exceptionally well with our client, subcontractors and suppliers.

"The goals shared by Graham and NDOT are achievable when both parties work together as partners. This project showed that clearly. From approvals for borrow site to quality paving completed and everything in between, Graham's and NDOT's open communication is making it possible to adjust work areas with a planned approach. This keeps the site working safely and productively."

The project is expected to be completed in 2023. CEG