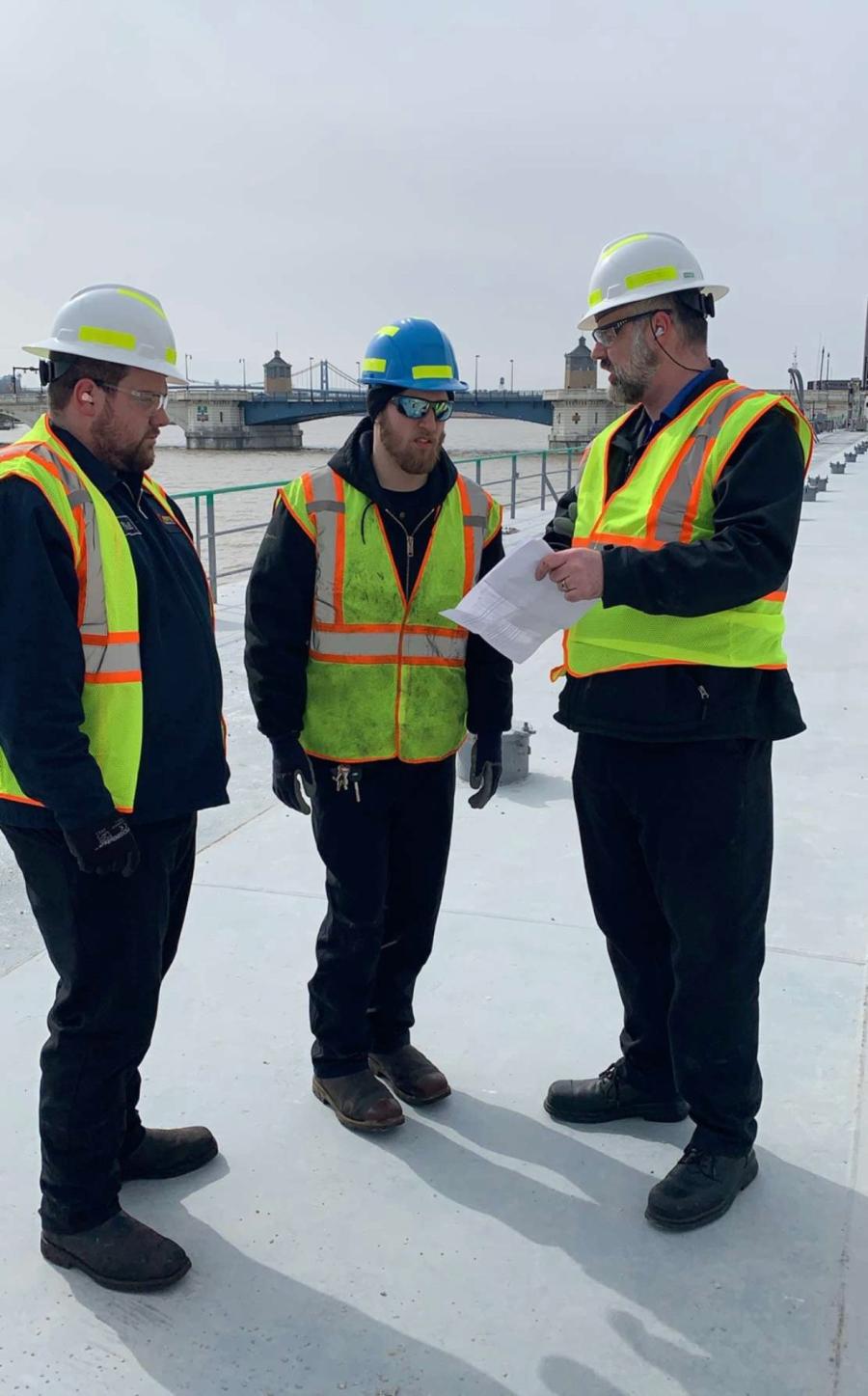 Owner of PIRTEK Menomonee Falls, Wis., Tom Fechter landed a massive job on a Great Lakes area barge this past winter. The boat, named the Integrity, needed custom-fabricated hoses and fittings onsite. The scope of work included the replacement of 258 hoses on the vessel — a task that was simply too large for many competitors.

When the ship's owner, Andrie Inc., approached Fechter to get a quote, they had already been on the hunt for some time. After spending an entire afternoon walking around the boat, measuring and evaluating hoses, Fechter's team came up with a plan to fit the client's needs. They presented a proposal which included a customized tagging matrix and log for the barge, to simplify future hose maintenance. The team also created an emergency hose replacement guide to be used at sea.

Knowing Andrie to be a Great Lakes Company, with vessels traveling throughout the waterways, Fechter promoted the number of PIRTEK Service and Supply Centers located around the Great Lakes, and the support system that would be provided for their fleet of ships. Andrie liked the proposal and the idea of using the network of PIRTEK locations. As a sort-of "test run" on how the centers collaborated, Andrie inquired about additional bids for the Integrity's sister ship, the Innovation, and its tugboat, which were stationed in Detroit.

Fechter connected Andrie with Ed Cushing, general manager of PIRTEK locations in Madison Heights, Sterling Heights, Westland and Wixom, Mich. Fechter also reached out to Cushing, and filled him in on everything his team had done on the Integrity. The two men had worked well together in the past on smaller projects, so it felt natural coordinating this larger effort quickly.

Having been provided the procedure and tagging system that was used on the Integrity by Fechter and his team, Cushing was able to replicate a similar bid for the Innovation. Andrie was impressed with the combined response and teamwork between the two locations. As a result, Fechter's center was awarded the Integrity job, which was completed in early April 2019.

Satisfied with the work and having received everything it were promised, Andrie informed Fechter and Cushing that they would be awarding the Innovation and Tugboat jobs to Cushing's team for the winter of 2020.

The existence of multiple PIRTEK franchises around the Great Lakes means that no matter where this customer's ships are docked — Detroit, Chicago, Cleveland, Milwaukee or Muskegon — they can schedule necessary maintenance work and receive the same excellent service. This was a major consideration for Andrie when choosing PIRTEK.

This forethought is especially important, because these large shipping vessels have a requirement to change all of the outside hoses every three years and the inside hoses every five years. Fechter and Cushing's collaboration and attention to detail — the way that they presented a united front — ensured that all PIRTEK franchises in the area will benefit from this client relationship they have built for years to come.

The Innovation's project bid came to fruition for Cushing and his employees. His team was hired to switch out 73 hose assemblies located outside of the ship. Managed by Kirt Begeman, the work was completed on Feb. 25 by onsite technicians Cody Burmeister and Phil Ritchey of PIRTEK Westland. The men thought out their plan of action carefully, to ensure the worksite was kept tidy while completing their work as quickly as possible.

They decided to bring a hose making cart on-board to eliminate any possibility of lake water contamination from transferring old hoses from boat to land. This allowed them to make all the new hose assemblies right on the ship deck. Old hoses and oil pads were stored inside used drums until they could be removed from the boat. The customer was very satisfied with the new hoses and with the technician's abilities.

"Any project no matter how big or small, we strive to provide the same consistent professional level of service," said Cushing. This philosophy has served his team well, as they have established a rapport, and have done consistent work on other marine vessels that frequent the area, such as the USCGC Hollyhock and USCGC Bristol Bay icebreaking tugs that maintain the Great Lakes.

This area is home to a plethora of massive barges such as these, which transport a steady flow of materials from port to port. As a primary shipping medium, this region of the country relies heavily on its waterways to support its economy. The local PIRTEK Service and Supply Centers in this area have a duty to support this infrastructure by keeping these vessels operating.